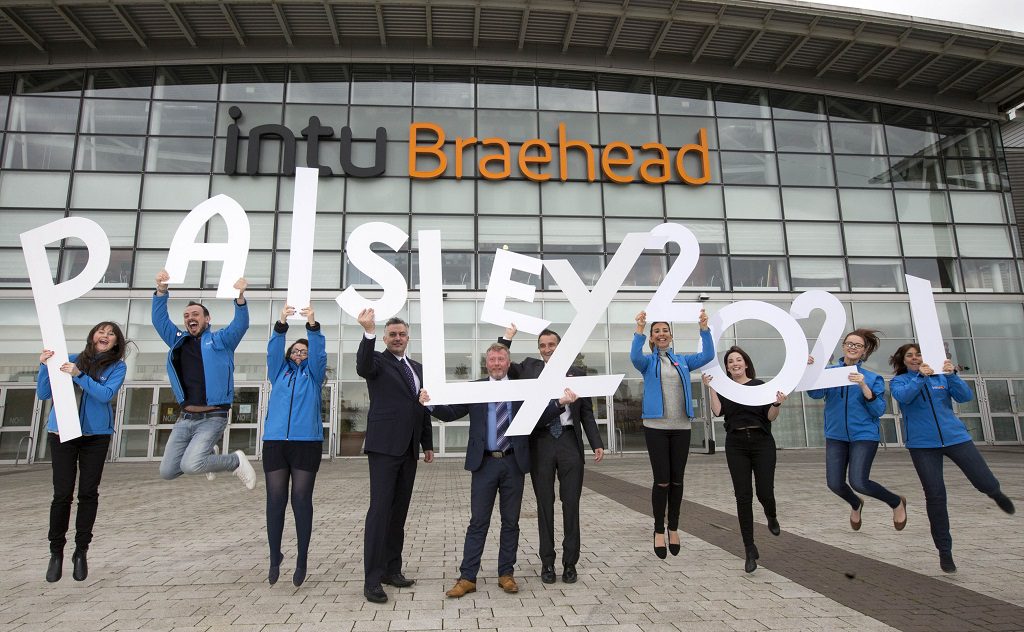 THEY’RE mall getting behind Paisley’s campaign to be the UK’s City of Culture 2021.

The latest backer of the town’s bid is the giant Intu Braehead shopping and leisure destination. The team running intu Braehead announced it is officially supporting the City of Culture bid.
And they’re helping Renfrewshire Council promote the campaign to the hundreds of thousands of people who pass through the mall every week.

General manager at intu Braehead, Gary Turnbull said: “As a Paisley Buddie myself, I know full well the rich and varied culture that surrounds our town.
“If any place deserves the title of City of Culture, it’s definitely Paisley with its fantastic history and architecture, alongside the myriad cultural activities of its people today and the great cultural future it has in years to come.
“Paisley’s culture is a great asset for the town both in social and economic terms and we fully support Renfrewshire Council’s bid for City of Culture status 2021.”

Gary added: “In his 19th century novel, Endymion, Benjamin Disraeli wrote that people should ‘keep their eye on Paisley’ and that is never more the case than today.”

Renfrewshire Council Leader Mark Macmillan, Chair of the Paisley 2021 Partnership Board, said: “We are delighted the team at intu Braehead is backing Paisley’s bid for UK City of Culture 2021.
“intu Braehead is one of the biggest shopping facilities in the area and attracts people across the Glasgow City Region, so it’s fantastic that their support is visible to the public inside the centre.
“Paisley is bidding for UK City of Culture 2021 to capitalise on our long term regeneration plans for the town – such as £200 million investment into our town centre as part of Glasgow City Region City Deal that will benefit Paisley’s High Street and town centre and will create interesting spaces where people want to dwell, create new homes and improve road and rail links in the area.
“Bidding is part of our transformation and will turbo-charge our regeneration plans for Renfrewshire.
“It has already sparked new conversations between businesses, the community and national partners and regeneration projects – such as the renovation of the Russell Institute into offices bringing 80 jobs to the area and the redevelopment of Arnotts site into new homes for residents and a new restaurant space – are already transforming Paisley.”