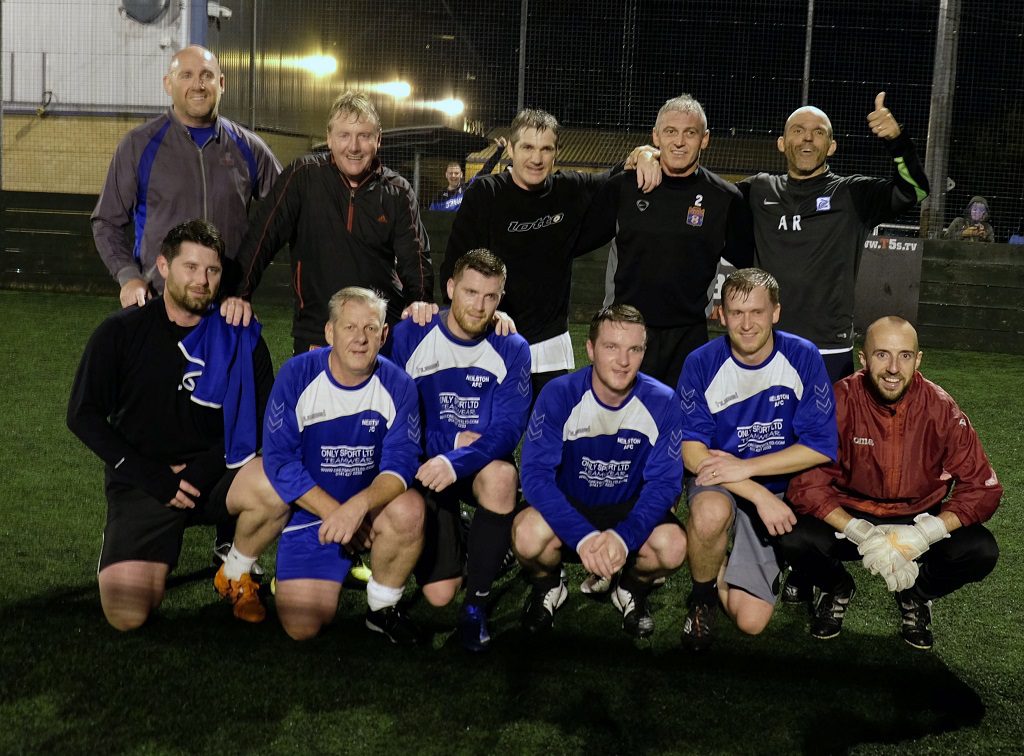 Former St Mirren boss Alex Rae was on top form when he brought his unbeaten legends to Paisley to play in a challenge five-a-side match to raise funds for charity. Despite the atrocious weather on the night both teams were up for the contest at Pro 5s in the town’s New Sneddon Street.

Determined players, watched by a crowd of cheering family and friends, fought for every goal in a competitive game that saw the ball hit the net 29 times.

It was no walk over for Rae and his men with Neil’s Nutters holding their own in a competitive match with the result hanging in the balance right up to the last few minutes before the whistle blew.

In the end Rae’s legends took the spoils winning by just one goal – scored by the former Saints gaffer himself – with the final result 15-14.

Rae, who was the fittest on the park by a long shot and scored the vital goal to net a win, said: “It was a great game and Neil’s Nutters showed plenty of skill and talent. They put up a great fight.

“We had to work hard for the win but I’m glad we held on to our unbeaten record. It was good to be backing such a worthwhile cause.

“I’m a fan of Pro-Life, who run Renfrewshire Sports Charity, and the fact that every penny profit goes to good causes like Accord and St Vincent’s that’s why I put the game up for auction in the first place.

Big-hearted Buddie Neil McMahon won the chance to get a team together to face the legends after he put in the highest bid at a charity auction to raise funds for RSC.

Gayle Branningan, chief at the charity, said: “It was a smashing game to watch and so competitive we all forgot about the weather,

“We are grateful to Alex, who has supported us since he first took over at St Mirren and continues to do so, for bringing his team along and making this a special night for Neil and his nutters who proved they’re not so daft after all with such a close game.”