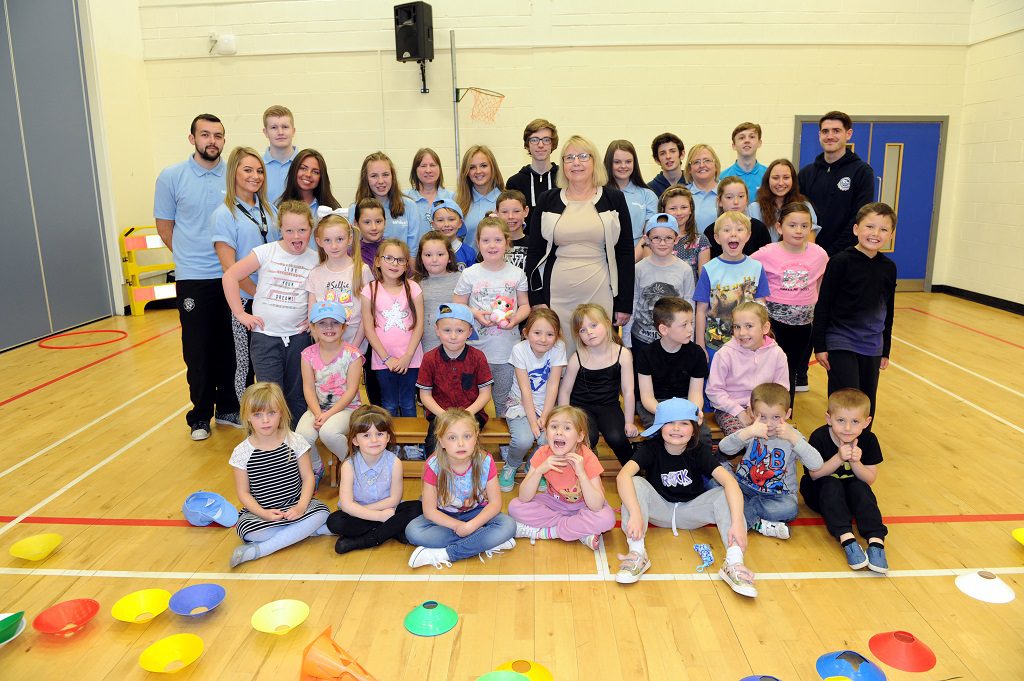 Hundreds of pupils across Renfrewshire managed to get their free school meal this week – even though the schools were off for the October week. The popular activity clubs run by the council’s Families First early-years scheme were run over the October holidays at 12 local venues.

Youngsters from Primary 1 to 4 in receipt of a school clothing grant were invited along for a healthy lunch and some sporty and arts activity for each of the five days. The programme was recently extended to include P4 pupils for the first time.

The clubs were run at Brediland, Castlehead, Gallowhill, Glencoats, Langcraigs, Paisley Grammar and Todholm schools in Paisley, as well as Linwood High, St Benedict’s, Rashilea in Erskine, St David’s in Johnstone and St James in Renfrew.

Council catering staff were on hand to serve up the meals, while council and Renfrewshire Leisure ran sport and craft classes to keep the kids active.

The activity clubs were funded through Families First – the council’s pioneering early-years programme – which runs all year round in five of Renfrewshire’s most deprived locations and offers intensive support to parents with young children.

Councillor Jacqueline Henry, the council’s education convener, popped into the activity club at the St David’s/Cochrane Castle shared campus in Johnstone to see how the kids were getting on.

And she said: “The activity clubs are a much-needed and well-used service and you could hear from the noise in the room the kids were enjoying it!

“The ongoing evaluation of the Families First programme has been able to detail the significant impact which the strategy is having across Renfrewshire and the difference to the lives of children in the areas where it operates.

“We are proud to be making such a positive impact on the lives of children across Renfrewshire.”

Active Schools officer Danny Johnstone was co-ordinating the club and added: “The clubs are a great way of guaranteeing the kids get a healthy meal – we encourage them to go up for seconds and thirds if they want to.

“It also gives them an opportunity to try different things – while the sport helps keep them active.”