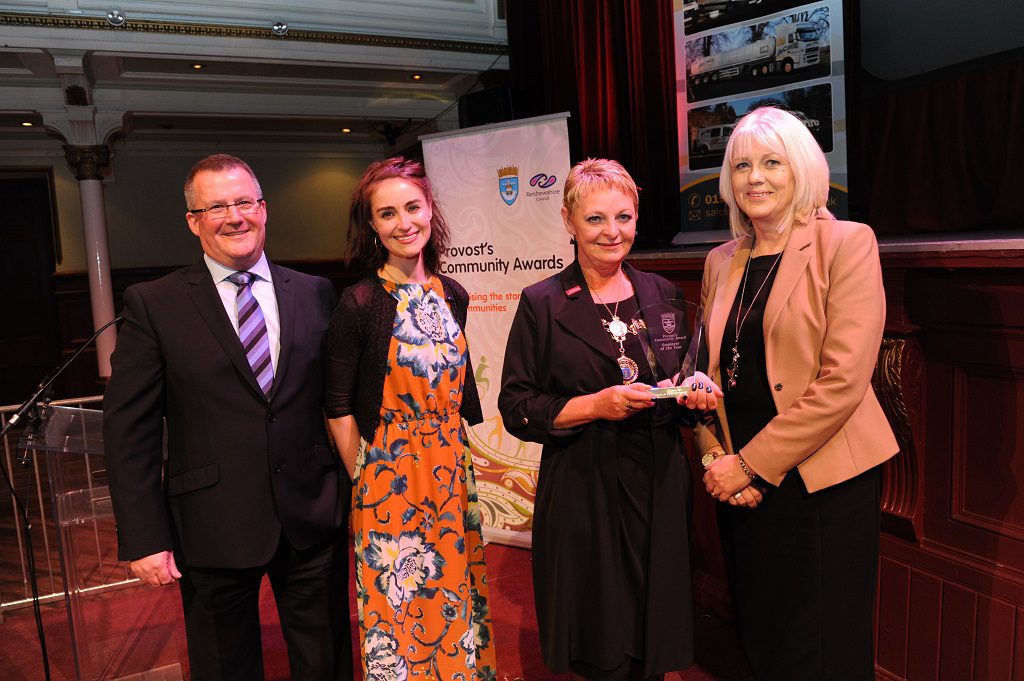 Renfrewshire’s Provost Anne Hall is calling on everyone to identify their local heroes as the Community Awards open once again for nominations. The awards- which are now in their 20th year- give civic recognition to those who work or live in Renfrewshire and make a difference to their community.

There are five categories under which people can be nominated: Community Group, Community Volunteer, Sporting Achievement, Carers’ Award and Employer of the Year. Provost Hall said: “Every year we discover yet more incredible people who give their time and effort to their community without expecting anything in return.

“The Community Awards is your opportunity to reward these people and ensure they gain the recognition they deserve.

“There are five categories to nominate in so make sure that deserving person or group doesn’t miss out and get your nominations in early.”

Jim Price, Managing Director of Acre Industrial and Cleaning Services, who sponsor the Sporting Achievement Award, said: “It’s been a pleasure for Acre to be able to support such a worthwhile cause as the Provost Community Awards for the last 13 years.

“I’m personally always amazed and humbled to see first-hand the enthusiasm and energy members of the community bring to their chosen endeavours.

“It is truly inspiring to witness the differences they make to their local communities and I look forward to being a part of this for many years to come.”

The Community Group award is sponsored by the Piazza Shopping Centre and celebrates the organisations in Renfrewshire that have a positive effect on their communities and deserve to be rewarded for their accomplishments.

The Community Volunteer award recognises those who give their time and effort for nothing more than the knowledge that they are making a difference to their community.

Employer of the Year is sponsored by Renfrewshire Council Leader Mark MacmIllan and encourages employees to nominate their employers who have provided a positive working environment and have gone above and beyond the call of duty for their workers.

Former Renfrewshire Provost Nancy Allison- who has been a part of each of the Community Awards since its inception- donates the Carers’ Award which rewards anyone who cares for a relative, friend or neighbour.

More information can be found on www.renfrewshire.gov.uk/provostawards

The closing date for nominations is 30 November 2016.

The winners in each category will be invited to a special ceremony which will be held in March 2017.