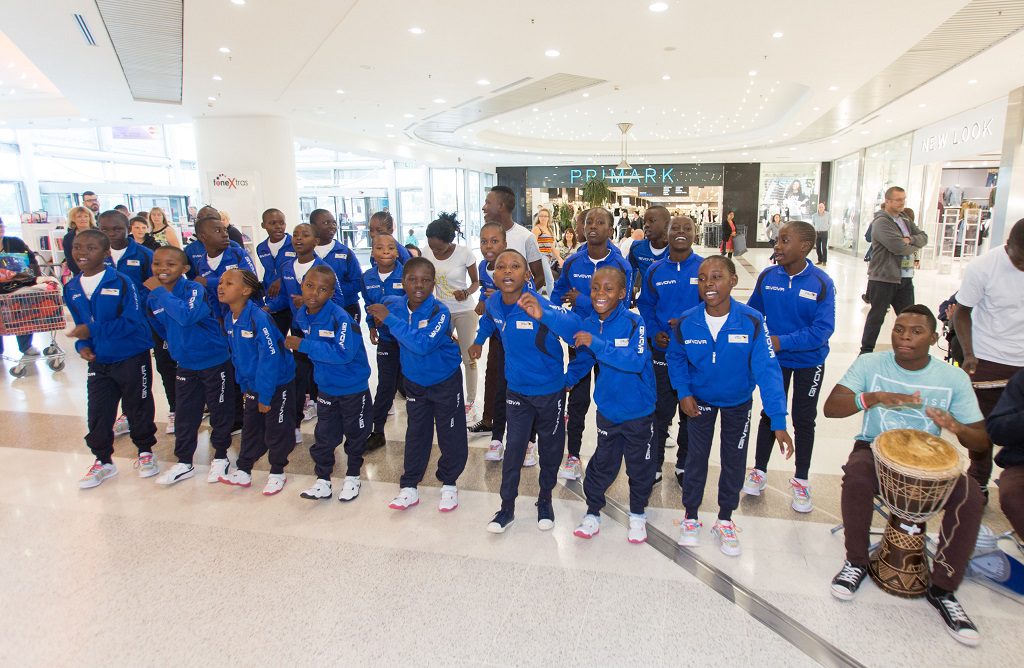 THE malls were alive to the sound of music when a choir of 29 African children sang at intu Braehead.

After the performances by the Singing Children of Africa, the centre team laid on plenty of special treats organised as a big thank you to the children.

They enjoyed lunch, courtesy of McDonald’s, watched Finding Dory at the movies and then had pizzas, thanks to the Tony Macaroni restaurant.

The children, who are from impoverished backgrounds were also kitted out in new tracksuits by intu Braehead.
The youngsters – who are in Scotland on a fundraising trip for the Educate the Children charity – have been performing at various venues, schools and churches. The charity has built and financed the running of a school and orphanage in Utange, to the north of Mombasa.

Educate The Children voluntary organiser, Mike Baldwin said: “We really appreciate what intu Braehead has done for the kids.
“The members of the choir come from really poor backgrounds and the money people donate during the concerts will make a huge difference to the lives of these children.“

Community development manager at intu Braehead, Lydia Brown said: “The youngsters in the choir are very talented and put smiles on the faces of our shoppers who certainly enjoyed listening to them. They drew very large crowds during their performances.”

Glasgow News? Daily Updates part of our network
Paisley landmarks get a woolly good Make over