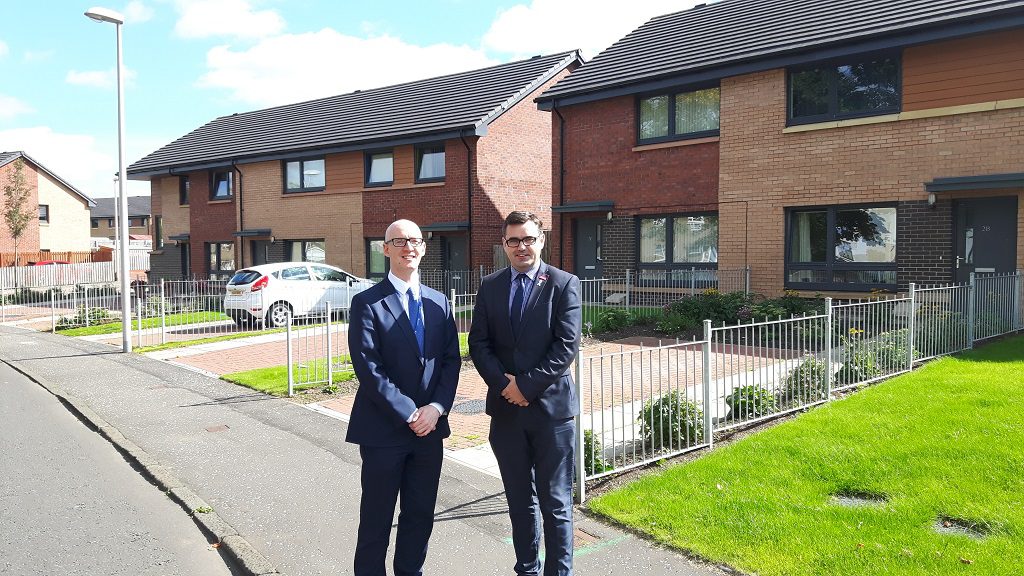 Gavin Newlands, MP for Paisley and Renfrewshire North, has met with Sanctuary Scotland to find out more about the housing association’s developments in Renfrewshire.

Mr Newlands joined area housing manager Robert Campbell to discuss a number of common housing issues that he’s been working on as a constituent MP, as well as speaking about housing developments that Sanctuary Scotland is engaged in.

During the meeting, Mr Newlands was given a tour of new-build Sanctuary schemes at Shortroods and Gallowhill.

“I was grateful to Robert for taking the time to meet me to speak about a number of issues that have been raised to me as the local constituency MP. Housing is the number one issue that is raised with me by local people, so it was good to meet with Robert and find out more about the work that Sanctuary Scotland is doing to address the housing need in Renfrewshire.

“It was also good to be shown around Sanctuary’s new-build housing at Shortroods and Gallowhill. These new houses not only make a massive difference to the lives of the families who live in them, but they also go a long way in helping to regenerate the area.”