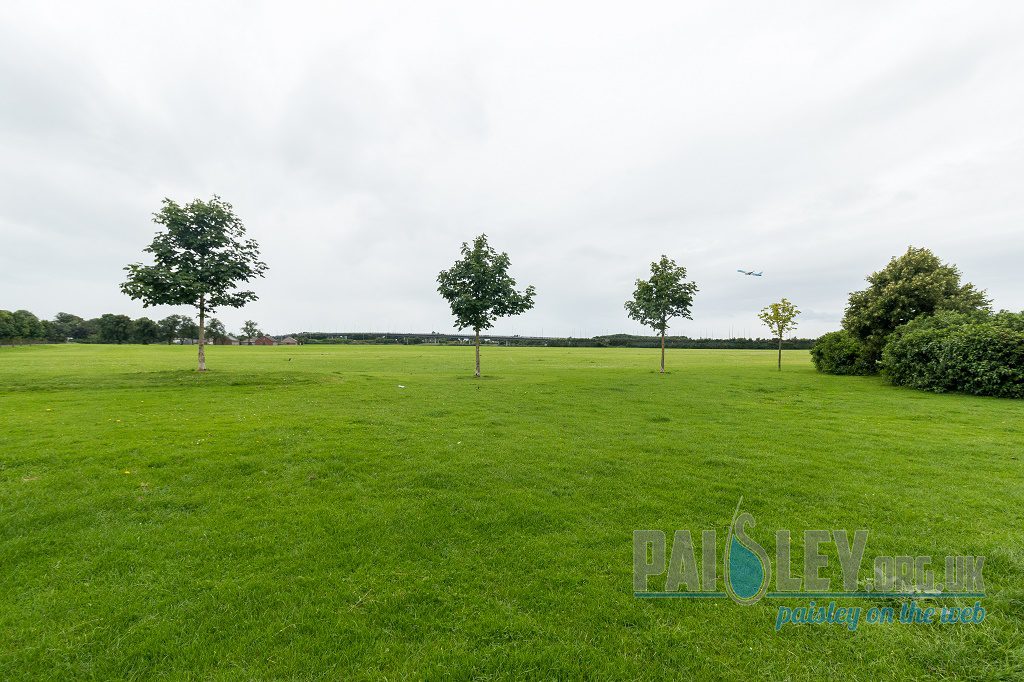 St James park is still known locally as ‘The Racecourse’ even although Paisley’s last horse race was held here in 1907. As far back as 1620, even before the racecourse had been built, horse racing had been prominent in Paisley.

The starting point for the first recorded annual race was a large boulder called St Conval’s Stone which can be found in the grounds of the Normandy Hotel in Renfrew.  From here, the riders raced to Renfrew Road.  The first to cross the finish line at the Wallneuk was the winner.  The esteemed prize, which the winner could keep for a year, was a ‘Silver Bell’, decorated with the Paisley Burgh Arms.  In addition to this prize, the winner received an attractive purse of gold ‘double angel’ coins.

By 1659, the race for the ‘Silver Bells’ was so popular that it was decided it would be held during the St James fair.

In 1663, the traditional course of the Paisley Races was changed.  It was now to run over the towns twenty-four acres.  This is an area bounded by what is now Inchinnan Road, Love Street and Caledonia Street.  The course was hazardous with rough roads and deep ditches.

Over the years, the race for the silver bells gathered larger and larger crowds of spectators. It became so popular that locals climbed to the balconies of the high church in Oakshaw to get better views.

In 1827 racing over the ‘twenty-four acres’ was stopped as a proper racecourse was made at St James park.  Crowds of between ten and fifteen thousand attended the first race and by 1835, this had increased to forty thousand.  The distinguished ‘silver bell’ race was the star attraction with the winning horse being paraded with silver bells proudly hung between its ears.

Racing at St James lasted until 1907 when the course was sadly condemned as it did not have a straight stretch of five furlongs.  Paisley lost one of their oldest traditions. The old silver bells first won in 1620 and one of the oldest horse racing prizes in Britain were then displayed at Paisley museum.