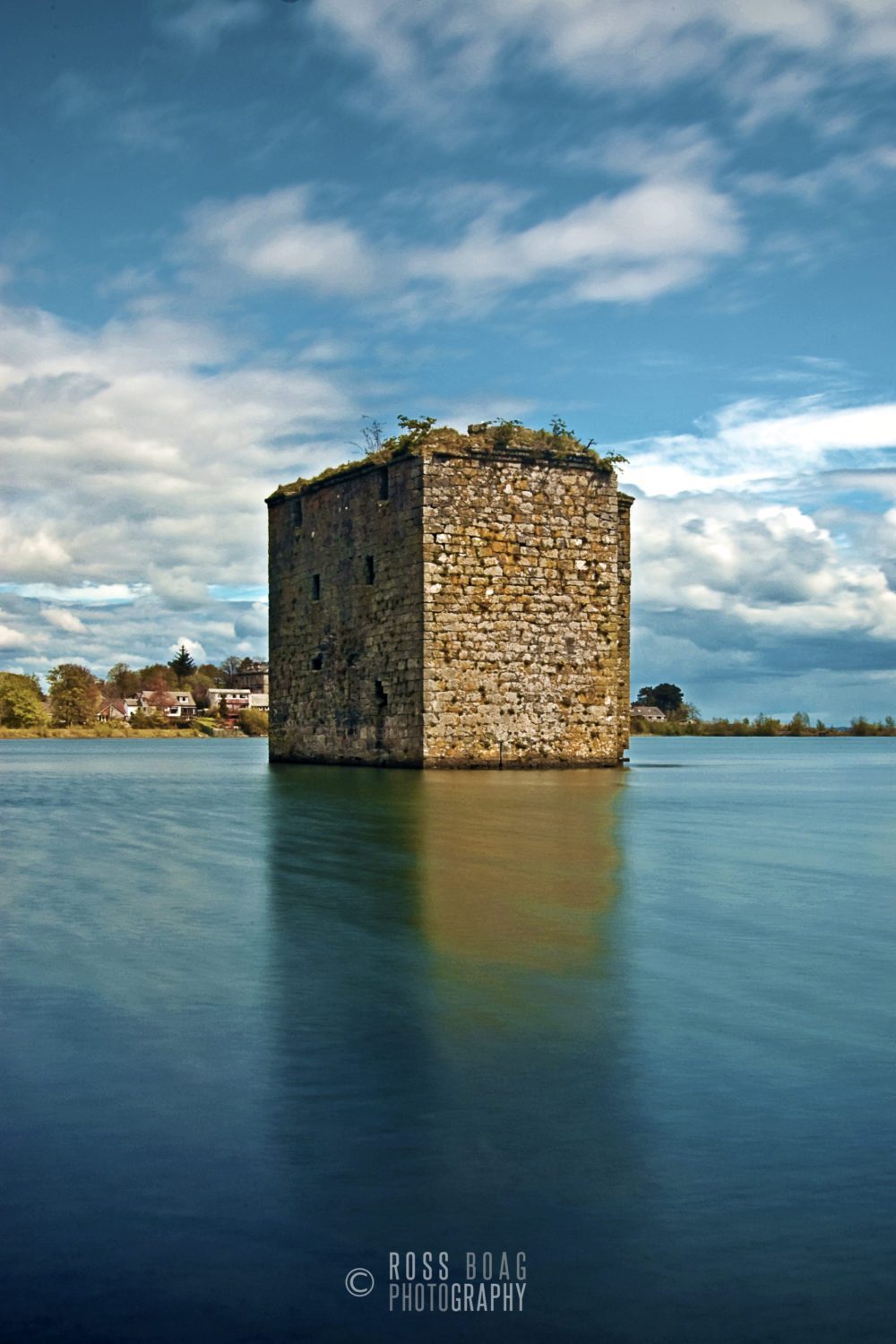 Stanely Castle is a grade B listed building which sits dilapidated in the waters of Stanely Reservoir.

The exact date of construction of the castle is uncertain, however, it is believed to have been built in the early 15th century when the land passed by marriage from the Dennistouns to Robert Maxwell of Calderwood.  In 1477 his son, George, first of the Maxwells of Newark, became the laird of Stanely. He most probably built Stanely Castle and it remained in the family until 1629 when it was sold to Lady Ross of Hawkhead.

The castle was originally a stone rectangular keep or tower house of four storeys and a garret, which stood on an island within a marsh.  In the 16th century, it was extended to become an L-plan tower house.

In the 18th century, it passed to the Boyle Earls of Glasgow.  David Boyle had been made the first Earl of Glasgow in 1703 and the families main estate was centred around Kelburn Castle in Largs.  In the 18th century, part of it was used as a schoolroom where local children were taught reading, writing and arithmetic.  By the 19th century, the family found themselves in serious debt and Stanely Castle was abandoned and fell into ruin. In 1837 the Earl of Glasgow sold the castle and surrounding land to the Paisley Water Company.  The land around the castle was flooded to create the Stanely Reservoir, which supplied the people of Paisley and surrounding areas with fresh water. Over the years the reservoir level was raised resulting in the lower portion of the castle being submerged, making it completely inaccessible.

In the mid-1980’s the reservoir was drained for two brief periods as Renfrew District Council gave permission for the castle to be surveyed.

There are many myths surrounding Stanely Castle, some say there is a tunnel leading from the castle to Paisley Abbey whilst others believe Mary Queen of Scots was imprisoned there.  There is no evidence to suggest either of these stories are true.

Over the years this iconic Castle has been the subject of poets and painters.  Paisley poet Robert Tannahill was inspired by his walks around Stanely Castle as a young boy.

The fact that the ruin is now inaccessible to the public has probably saved it from demolition.