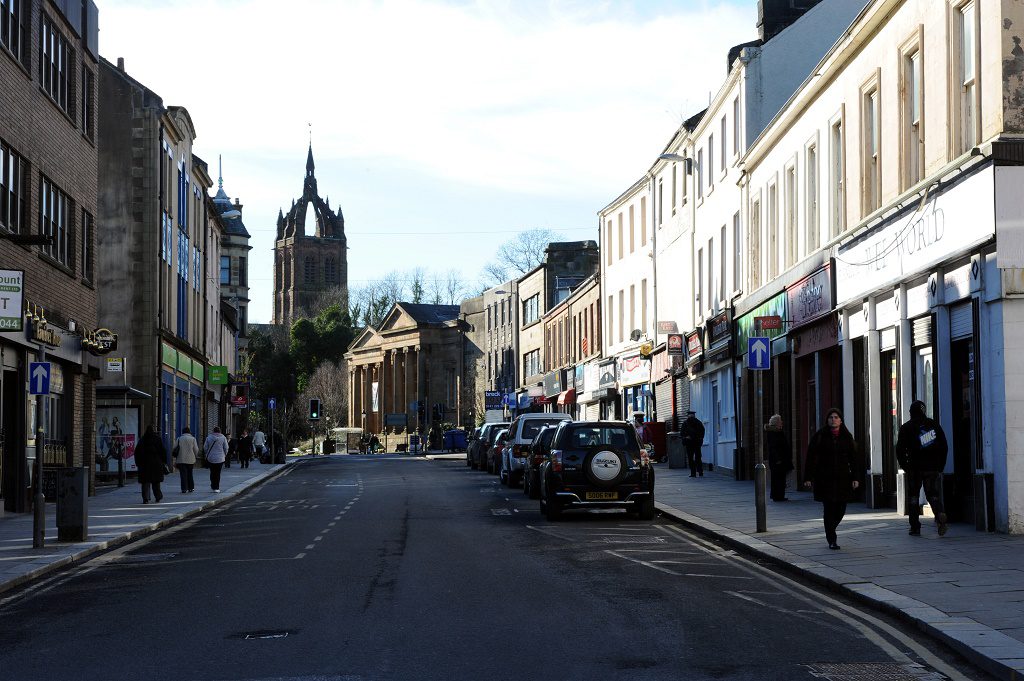 Plans for a multi-million-pound transformation of Paisley town centre have now cleared the final funding hurdle after receiving a £1.9m national lottery grant. Renfrewshire Council will now start work on a five-year £4.5m Townscape Heritage and Conservation Area Regeneration Scheme to make the area around the High Street a more attractive place to visit and invest.

The Heritage Lottery Fund last year awarded the council £113,000 to prepare detailed plans for the scheme, and earmarked a further £1.9m subject to approval of those plans – which has now been given.

Historic Environment Scotland has already confirmed an award of £1m towards the scheme to cover repairs to historic buildings, with the rest of the total to be made up by Renfrewshire Council and investment by the building owners themselves.

The programme will start this year and will focus on a defined area covering the west end of the High Street – from the junction with New Street to the university – plus parts of New Street and Shuttle Street.

A series of priority buildings have already been identified for repairs and restoration, while the HLF money will also fund a programme of community activity designed to complement Paisley’s bid for UK City of Culture 2021.

It will build on the success of the £3.5m THI/CARS scheme which has transformed the area around Causeyside Street over the past few years, including shopfront repair grants, public realm improvements, and a revamp of Paisley Arts Centre.

Renfrewshire Council Leader Mark Macmillan said: “We are delighted this award has been confirmed and we would like to thank our friends at Heritage Lottery Fund and Historic Environment Scotland for supporting our ambitions.

“Paisley town centre has a tremendous built heritage – with only Edinburgh having a higher concentration of listed buildings of anywhere in Scotland.

“This project will deliver some much-needed investment to bring some vacant historic buildings back into use.

“In doing so we will not only be improving the look and feel of the town centre, but also stimulating the local economy, and hopefully increasing footfall in the area around the High Street.

“The project is scheduled to run until 2021 – making it a perfect fit for the UK City of Culture bid and the planned £56.7m revamp of Paisley Museum – and will deliver a programme of activity designed to complement both.”

Lucy Casot, Head of the Heritage Lottery Fund in Scotland, said: “The regeneration of town centres is an obvious way in which we as an organisation can make an important contribution to improving the economy of an area and the standard of living for the people resident there.

“Investing National Lottery money to revitalise historic buildings at the heart of a community, not only makes a place more attractive to live, visit and invest in, it also provides jobs and training opportunities for local people.

“Building on the success of what has been achieved already, we are delighted to make this award to Paisley. It is part of our on-going commitment to preserving Scotland’s heritage in a way in which is relevant to the needs of today.”