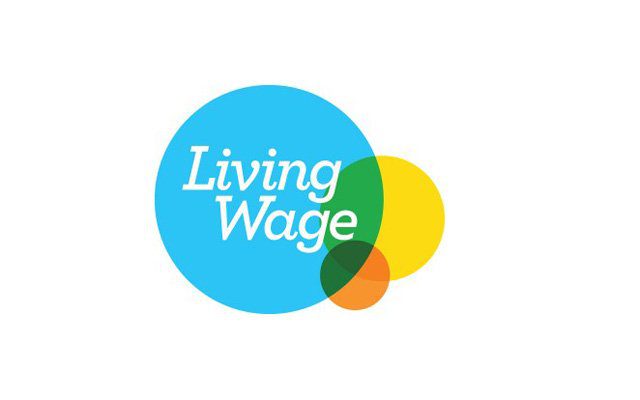 The Living Wage is an hourly rate set independently and updated annually. It is calculated according to the basic cost of living and is set by the public; it is a social consensus about what people need to make ends meet.  This year’s Living Wage has been set at £8.25.

The application for accreditation is the latest step in the council’s campaign to make Renfrewshire’s a Living Wage Economy and has involved working with suppliers to ensure that their employees, like council workers, are paid the Living Wage.  This means that even more people will benefit from the council’s commitment to fair pay.

Councillor Mark Macmillan, Leader of Renfrewshire Council, said, “This is the right thing to do. We are determined to build a fair and prosperous future and the Living Wage benefits people and supports business growth.”

Because of low pay, the fast-growing type of poverty is now among people who have jobs. The Living Wage is a key part of our commitment to Tackling Poverty and businesses should also see it as a positive move.”

An independent study among employers showed that paying the Living Wage had enhanced the quality of their staffs’ work, reduced absenteeism, helped with recruitment and retention, and improved customer service.

Yet, as Councillor MacMillan explains, “there are around 16,000 jobs in Renfrewshire that pay below the Living Wage.  We plan to halve this figure; reducing in-work poverty and supporting sustainable business growth. This will combine with our wider work to tackle poverty and regenerate our economy to help create a thriving future for Renfrewshire.”

The council has also invested an additional £10.5 million in its Invest in Renfrewshire business growth and employability partnership.  Around 900 local businesses have signed up to Invest which has created more than 1,000 new jobs and helped more than 3,300 people into work. The programme has been so successful that, in the three years since its launch, Renfrewshire’s youth unemployment ranking went from 27th in Scotland to being fourth from top.

Councillor Macmillan said, “We are determined to help create quality jobs in Renfrewshire and to ensure that no one is left out of the opportunities arising from our economic regeneration, our cultural revival or from the wider opportunities that will come from the Glasgow City Region City Deal. We are building a positive future and a Living Wage Economy is part of that.”

The council hopes to have its Living Wage accreditation confirmed by the end of the summer and will be continuing to encourage other employers to follow its lead. Businesses interested in joining the campaign to make Renfrewshire a Living Wage economy should contact Invest in Renfrewshire on 0300 300 1180 or visit  scottishlivingwage.org.