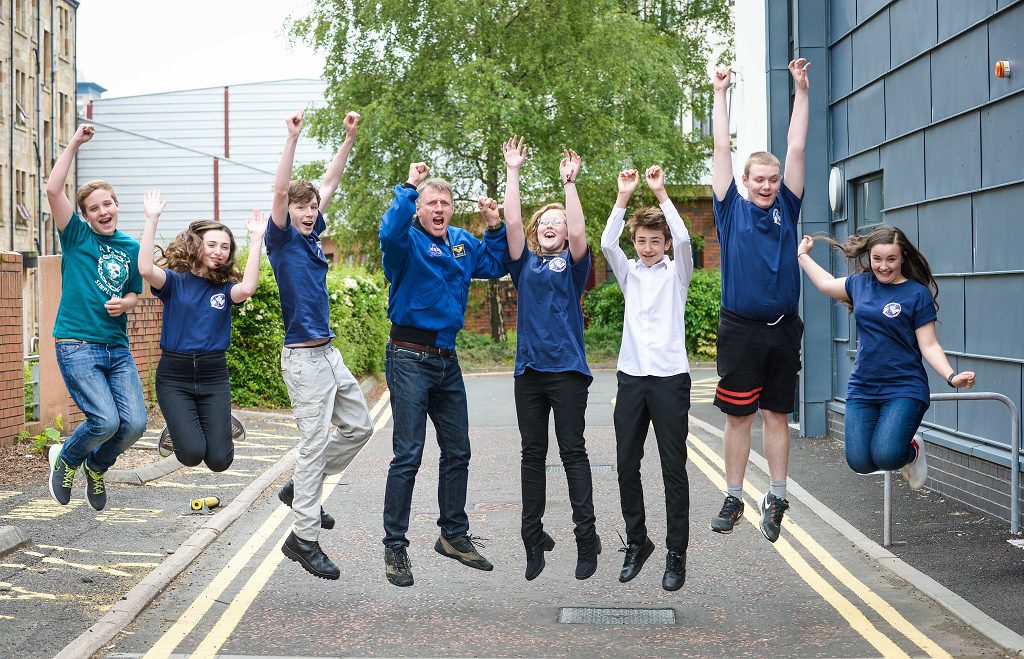 A team of secondary school pupils are reaching for the stars after hearing their science experiment will be launched into space and carried out on the International Space Station. The out of this world achievement was their reward for taking part in Mission Discovery Renfrewshire – a week-long space school held in Paisley which featured British-born NASA astronaut Michael Foale. University of the West of Scotland was the location for the third staging of the programme which is run by the International Space Schools Educational Trust (ISSET).

Around 200 S4 to S6 pupils from Renfrewshire, East Renfrewshire and Inverclyde were split into teams, each mentored by a student from UWS, and asked to devise a science experiment knowing the winning concept would be conducted in outer space.

The teams also learned from NASA’s approach to developing interest in science and research and fostering leadership, team building and personal development.

Their successful experiment will look at how crops could be grown in space.

Michael Foale said:  “Astronauts are privileged to take part in space exploration so it is a very special moment to share with young people the knowledge that their unique idea is going into space and becoming a reality.

“The overall group in this Mission Discovery programmed. Performed as well as any we have been involved with.”

Cara Brown from Paisley, who was a member of the winning team, said:”It was an amazing experience to win.  Everyone involved learned a lot and the programme’s approach was very inspiring and supportive.”

Renfrewshire Council Leader Mark Macmillan added: “I would like to thank everyone connected with Mission Discovery and ISSET.

“Our aim is to provide opportunities for our young people to achieve and excel.  Those are certainly goals that are shared with Mission Discovery and that was reflected in the quality of learning and the creativity and hard work that was displayed.

“Renfrewshire has a proud history and continuing development as a centre for high level engineering and innovation and we are proud to have again hosted a venture which makes that even more relevant to today’s young people.”

Glasgow News? Daily Updates part of our network
Search is on for Renfrewshire’s best gardens