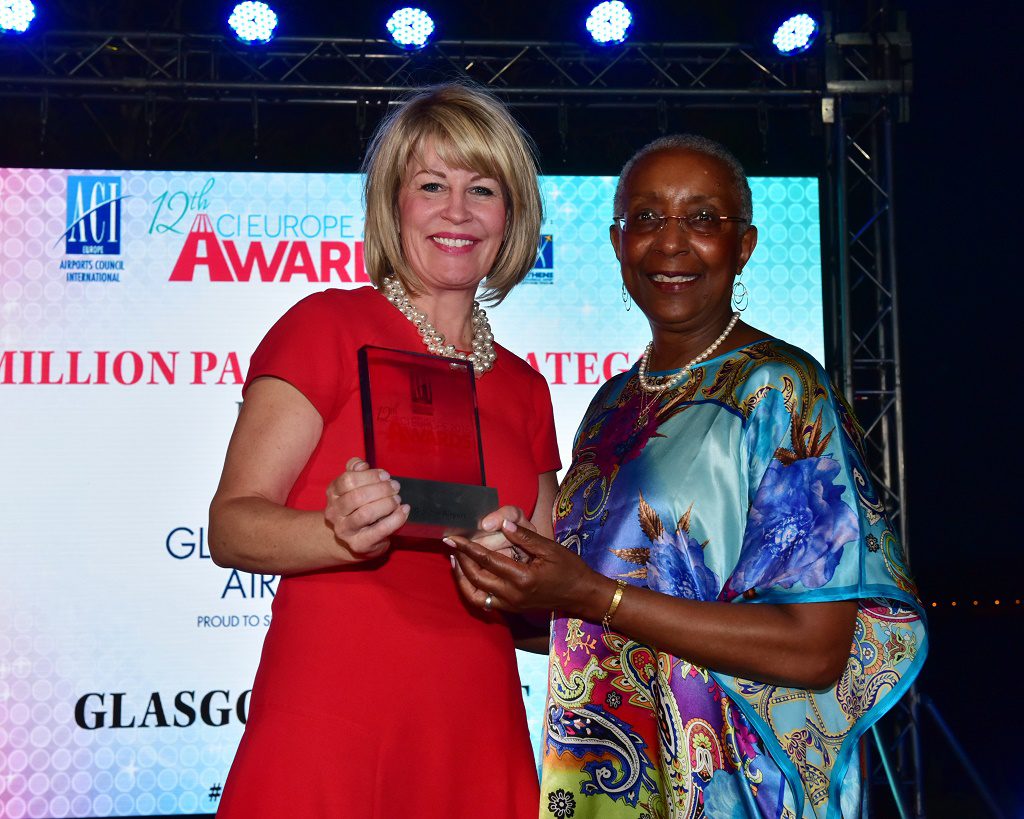 The “Best Airport, 5-10 million passengers” accolade acknowledged Glasgow’s focus on enhancing its facilities, improving the passenger experience and securing a host of new routes and services.

In 2015 alone, Glasgow Airport secured 30 new routes and services including direct flights to Halifax, Nova Scotia; Budapest, Prague and Las Vegas. The airport has continued this success into 2016 when it will launch 16 new services. It will also invest £25M in a series of major infrastructure projects designed to cater for the airport’s unprecedented growth in passenger numbers whilst significantly enhancing the customer experience.

Amanda McMillan, chief executive of AGS Airports Ltd and managing director of Glasgow Airport, said: “We were highly commended at last year’s ACI Europe awards, so to have gone one step further and secured the title of Best Airport in what is our 50th anniversary is a huge honour. We have worked extremely hard to provide our customers with an ever increasing choice of destinations and have committed significant investment to enhancing our facilities.

“I am immensely proud to receive this award on behalf of the 5,000 people who have achieved so much over the course of the past year and ensured that Glasgow Airport continues to deliver for the city and for Scotland.”

ACI EUROPE is the European region of Airports Council International (ACI), the only worldwide professional association of airport operators. ACI EUROPE represents close to 500 airports in 45 European countries. In 2014, its member airports handled over 90% of commercial air traffic in Europe, welcoming more than 1.8 billion passengers, 18.4 million tonnes of freight and 21.2 million aircraft movements.