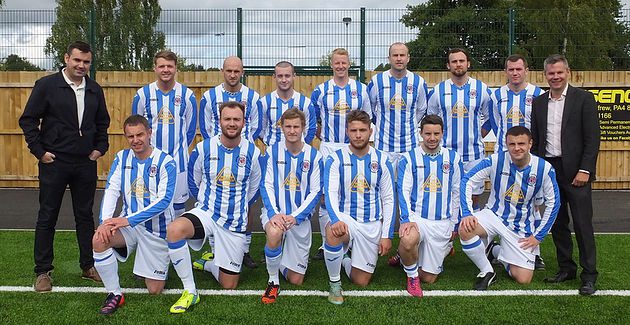 Gavin Newlands, the MP for Paisley and Renfrewshire North, has praised Renfrew FC in the UK Parliament after they won Central League 1st Division last week. The Renfrewshire MP has lodged an Early Day Motion in the House of Commons to celebrate their win last week. The EDM said:

“That this House congratulates Renfrew Football Club on winning the Central League 1st Division on 4th May 2016; notes that this is the clubs first league title in 24 years and commends the club on it’s hard work in recent years, including the construction of a new community stadium at New Western Park and forming a  new women’s team; and wishes the club all the very best for next season.”

“I am delighted to see Renfrew FC go from strength to strength and win the Central League 1st Division last week.

“Renfrew FC’s most recent success is built upon the hard-work and dedication of the club and players over the last few years. This is a well-deserved win and I wish the club all the very best of success for the future.”