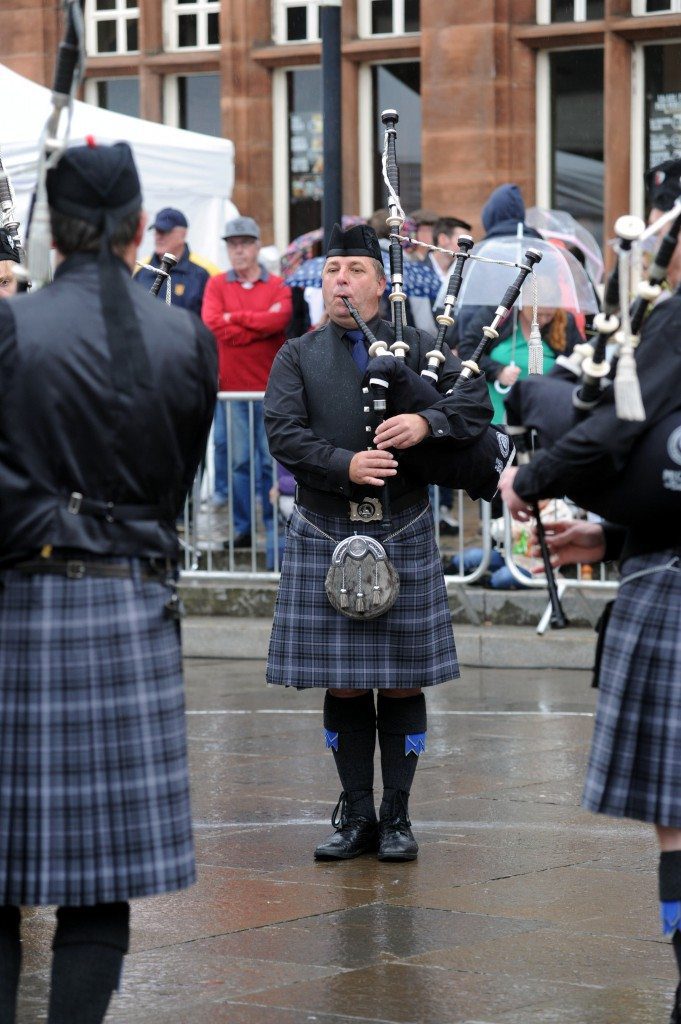 A record-breaking number of pipers are set to descend on Paisley next month – with 147 bands heading to the town for the British Pipe Band Championships. And event bosses have confirmed this year will see the highest number of entries in the decades-old history of the competition after the deadline passed last week.

That means the St James Playing Fields will be turned into a spectacle of sight and sound, with anywhere between 3,500 and 4,000 pipers and drummers from across the UK and abroad set to compete on the day, across 200 live performances.

The 2016 event will be the start of a three-year run for the championships in Paisley, having taken place in Bathgate for the past three years.

A crowd of tens of thousands of spectators is expected, with attractions including a food and drink village featuring international cuisine and Scottish fayre as well as a fully-licensed bar.

Other entertainment will include a Highland dancing competition, and other sporting activities and family fun.

Renfrewshire’s Provost Anne Hall – who will take on the role of chieftain at this year’s event – said: “We are delighted to be able to host this prestigious event here in Paisley and are ready to offer a warm welcome to the world’s pipers.

“Paisley already has a proven track record in hosting big events but attracting one of this size is a huge boost as momentum builds on our bid for UK City of Culture 2021.

“That bid is part of a wider push to use the town’s unique heritage and culture to attract visitors and change perceptions – and I would encourage visitors on the day to get out and about in the town and discover all it has to offer.”

RSPBA chief executive Ian Embelton said: ““The RSPBA is absolutely delighted that Paisley will be hosting our British Championships for the next three years.

“One of the highlights of the day will be the massed pipes and drums playing together to salute the chieftain of the day Provost Anne Hall.”

There will be designated event parking on the day at West College Scotland and St Mirren’s Paisley 2021 stadium, with free shuttle buses running directly to the event site throughout the day from both of these locations.

Visitors should be aware there will be no on-site parking at the St James Playing Fields for the public – this will be for pipe bands and event officials only.