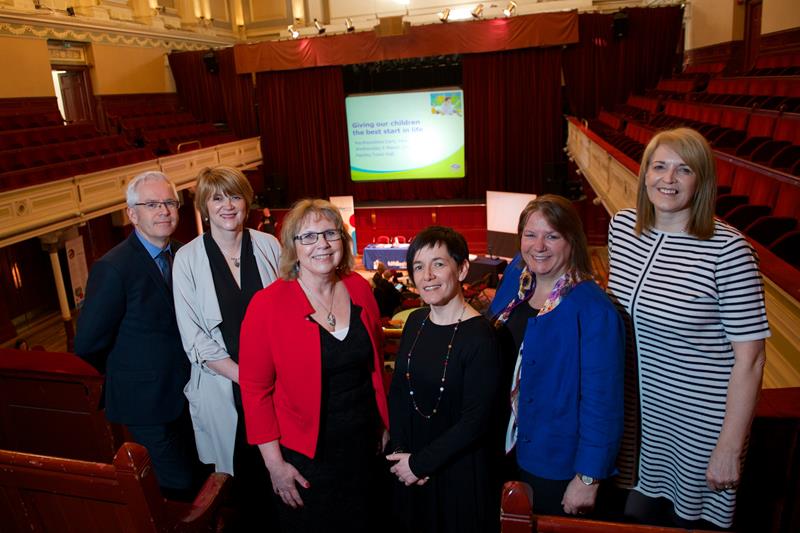 Renfrewshire Council has hosted a successful national early years conference where it showcased its innovative approaches to tackle poverty and close the attainment gap. On Wednesday 9 March, the council’s Convener for Education and Children welcomed delegates from across the country to Paisley to hear about Renfrewshire’s positive work.

Councillor Jacqueline Henry, Renfrewshire’s Convener for Education and Children, said: “Services for children and our work to tackle poverty are at the top of Renfrewshire Council’s priorities, and we have developed a number of innovative approaches in these fields.

“Last year we announced our £6m Tackling Poverty Fund – half of which is delivering extra resources for raising attainment and supporting early years as part of our drive to close the achievement gap between children from high and low income households.

“This includes a new literacy development project – a high quality professional programme to enhance the knowledge and skills of our teachers and head teachers in the teaching of reading. The programme is being delivered in partnership with of Strathclyde University and has allowed us to recruit 13 extra teachers.”

As part of the investment to tackle poverty, Renfrewshire also set up Scotland’s first Cost of the School Day fund and will extend its tried and tested Families First core team approach – which was hailed by Glasgow University as ‘overwhelmingly positive’.

Councillor Henry added: “Families First is Renfrewshire’s pioneering family support programme. It created ‘core teams’ in two communities in 2013 to help families build better futures for their children. It has been independently evaluated as an approach that works, and is being held up as a national example of an approach to follow. I am proud that three new core teams are currently being launched in other Renfrewshire communities, and I am pleased we were able to share our success of this, and our other approaches, with delegates at our early years conference.”

Professor Sue Ellis of Strathclyde University sat on Renfrewshire’s Tackling Poverty Commission and is working with the council to deliver the literacy development project. She spoke at the conference: “Having fabulous early years provision is a vital part of any initiative to improve literacy and language attainment.

“The core messages for early years staff are the same as those for later years: we need highly engaging, knowledgeable educators who are skilled at providing activities that are socially, emotionally and intellectually interesting to the children and who intervene in ways that nudge children’s understand of themselves and the world around them.”