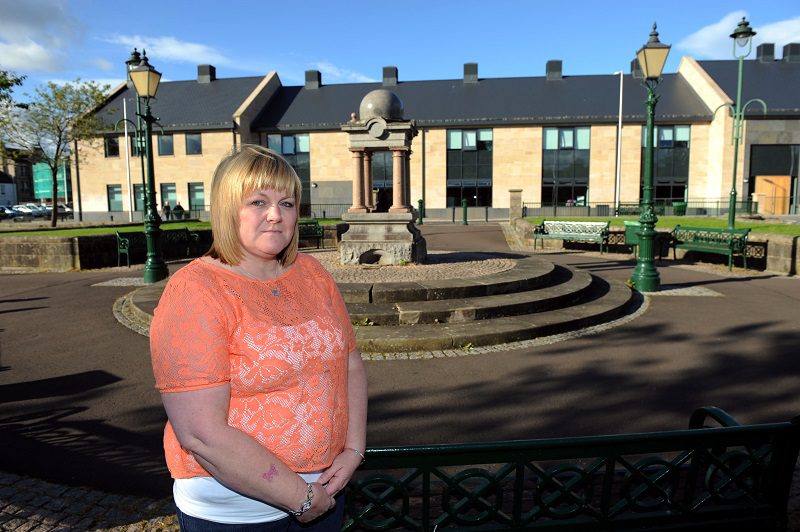 Residents in Johnstone are to have a permanent place of reflection for those lost to suicide with the unveiling of a memorial bench. Renfrewshire Provost Anne Hall will officially unveil the bench at a service this Friday at Johnstone Town Hall.

There will be a short service at 11am taking place in the marriage suite before the bench is unveiled outside with all welcome to attend.

Local Johnstone resident Kate Sharkey has worked closely with Renfrewshire support group Survivors of Bereavement by Suicide (SOBS) to create the area of remembrance for those lost to suicide.

The SOBS group exists to meet the needs and break the isolation of those bereaved by the suicide of a close relative or friend.

Provost Hall said: “I’m pleased that residents in Johnstone will now have a memorial space to remember those who have been lost to suicide.

“This has been a project which has taken a lot of time and dedication to make a reality and Kate and the SOBS group deserve credit for making it possible.

“It is important that those lost to suicide are remembered and I’m glad there will be a place for those affected by the issue to remember their loved ones.”

Lisa J Aitken, Choose Life Young Person Resource Worker said: “Kate has worked tirelessly to ensure the Johnstone community would have a place to go to remember those that have been lost to suicide.

“As an issue so close to her heart I am pleased that the memorial bench will be a permanent fixture in Johnstone for her and anyone who has been affected by the issue.”

If you, or someone you know, is having suicidal thoughts then please seek the support available. It really can make a difference.

For more information on the Renfrewshire meetings of SOBS, call 0141 849 2200, or emailelizabeth.aitken@renfrewshire.gov.uk.

Glasgow News? Daily Updates part of our network
Stand up and dance for Fair Trade