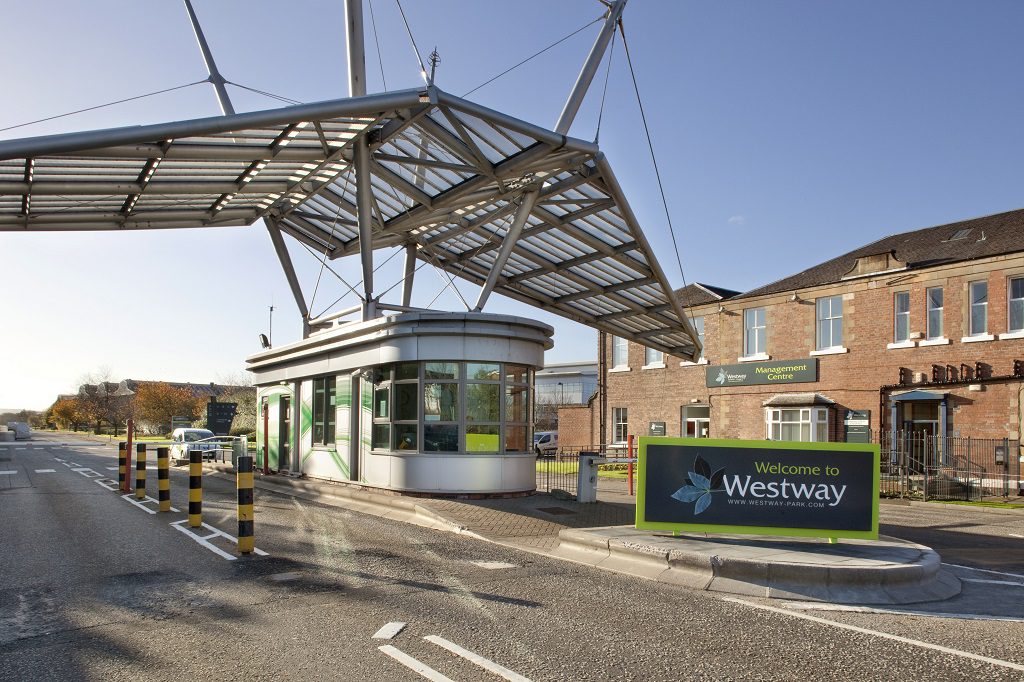 One of Scotland’s most successful business locations received a boost to its growth potential yesterday (26.01.16) when councillors agreed to progress with plans to create a Simplified Planning Zone (SPZ) at Westway Business Park, Renfrew. The park is already workplace to 2,500 people and its growth plans are expected to create a further 1,000 jobs. This innovative move effectively grants planning permission in advance for certain types of development specified within the Westway scheme. Any developments within an SPZ are well controlled to ensure that good standards of design and quality are met and that the zone is developed appropriately.

Simplified planning will contribute to the park’s ongoing success as businesses at Westway will have the flexibility adapt their premises to meet the demands of their markets and customers.

Its Simplified Planning Zone status will also support Westway’s master plan to attract a further 1,000 jobs to the site. The scheme will support the long term growth of businesses already based at Westway and attract new looking for a location that will accommodate their future needs.

Councillor Terry Kelly, Convener of Renfrewshire Council’s Planning and Property Board, said; “This SPZ is an enterprising move for Westway and for the council. It will encourage business to locate and grow in the area; creating jobs and further economic success. We appreciate Westway’s commitment to Renfrewshire and are pleased to be able to support the park’s development plans.”

Mark Holmes from Moorfield Group added: “This is another exciting move for Westway. Our SPZ will definitely support our ongoing marketing and growth plans. We already offer a prime business location with easy access to the airport, the motorway and, of course, our own dock. The SPZ and City Deal investments will add even more to our offer. Renfrewshire Council is leading the way with innovative planning strategies and has been tremendously effective in supporting our growth strategy. We look forward to working closely with the council on all these projects.”

Westway’s commercial offer will also be enhanced by the City Deal infrastructure investments planned for Renfrewshire. It is part of the Glasgow Airport Area Investment Area project designed to link the Airport, Inchinnan and Westway business parks with a new bridge, roads, paths and cycleways. This will create an outstanding location with tremendous air, sea and land connections. Westway employees will also benefit from City Deal plans for a rail link between the Airport, Paisley Gilmour Street and Glasgow Central station.

The prospect of more jobs is good news for Renfrew whose own Town Centre SPZ – Scotland’s first – is also expected to boost local business. The City Deal’s Clyde Waterfront and Renfrew Riverside Project will create conditions for further growth in the town when new roads and a bridge between Renfrew and Yoker will promote the regeneration and development of vacant and under used sites