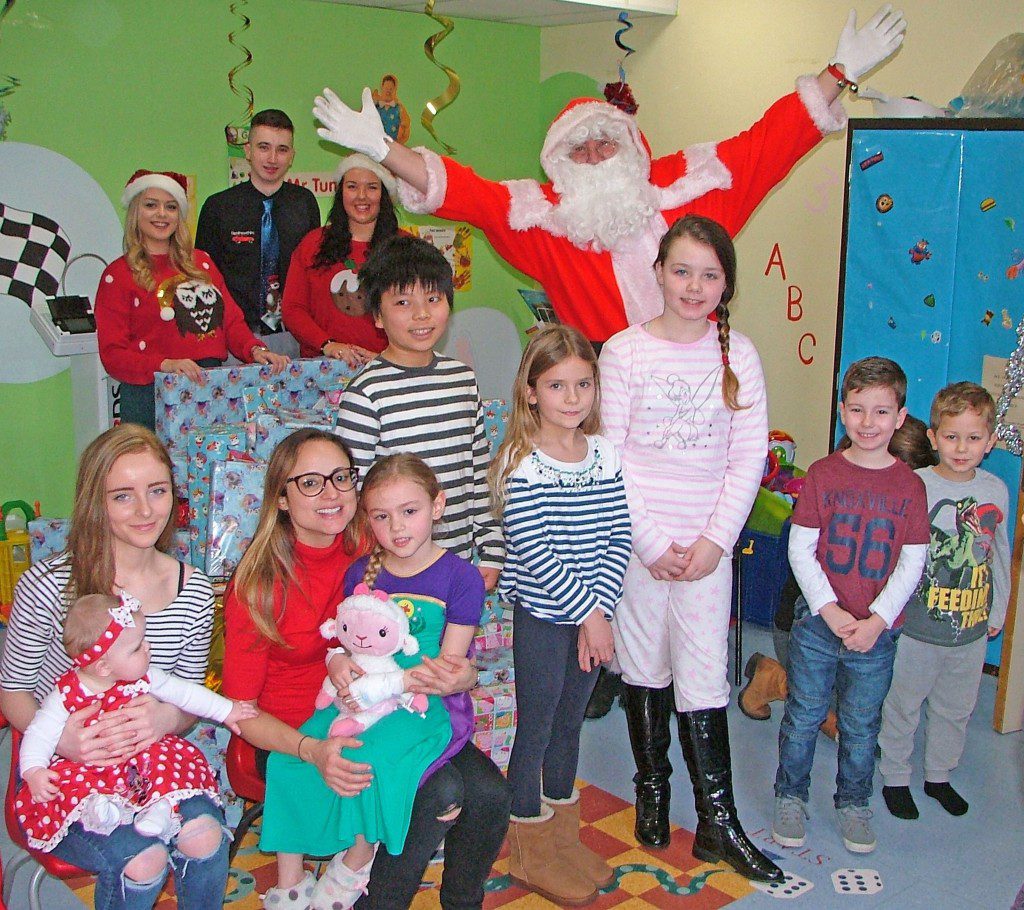 SANTA swapped his sleigh for a private hire taxi when he visited youngsters in Paisley’s Royal Alexandra Hospital.
He brought smiles to the faces of the kids in Children’s Ward 15 as he did a wee favour for the drivers and management of Renfrewshire Cab Co by handing out bundles of presents. Kind-hearted drivers and staff at the private hire company had raised hundreds of pounds to buy the gifts for the youngsters and management also made a substantial donation to the cause.
Driver Andy Campbell took on the role of Father Christmas as he rolled up at the hospital with cars bursting with gifts.
Hannah McCulloch, Renfrewshire Cab Co’s marketing and customer services manager said:
“As well as raising money for this very good cause, we also had a bit of fun, as the office staff paid into the fund to be able to wear the most outrageous Christmas jumpers for a week.
“Our drivers and staff were very generous with their donations.
“We wanted to do something to cheer up the youngsters who are in hospital in the run up to Christmas and make sure they didn’t miss out on seeing Santa.”
Ward Sister, Fiona Young said: “We really must give a big ‘thank you’ to Renfrewshire Cab Co for coming along with a huge bundle of presents and bringing Santa with them!
“Something like this really cheers up the children when they aren’t feeling well and it’s also good for the parents when they see a smile on their child’s face.”

Glasgow News? Daily Updates part of our network
Paisley the second easiest place to sell a house in Scotland