Rocknrollas have an absolutely superb band in tomorrow night called The Signatures. They are a ten-piece soul backing band and they play rare soul associated with the 1970’s underground dance scene “Northern Soul”.

​The Signatures can be seen across the UK playing at many music festivals, live music venues as well as hosting their own Northern Soul nights working with various DJ’s across the UK. The Signatures have been fortunate enough to work with many original Northern Soul artists and so far have worked with and backed the following: Tommy Hunt, Dean Parrish, Tobi Legend, Brenda Holloway, Spyder Turner, Jimmy Thomas, Pat Lewis, Ruby Andrews, Chairmen Of The Board FT Ken Knox, The Flirtations, Nolan Porter and also worked with Bobby Wilson (son of the late Jackie Wilson).

The Signatures have supported March of the Mods for several years. Joining them will be Stefan Taylor for an evening which sees them playing the very best of Northern Soul. All profits raised from the event will go to Teenage Cancer Trust via Glasgow March of the Mods. Tickets are £12.50 and doors are 7.30pm. You can get tickets on entry. On Sunday it is Hitsville PA1 from 2pm.

Tonight The Best Bad Influence returns to The Bungalow with their outstanding Rock n Roll Live performance. They are one of the most energetic and exciting bands on the circuit and their brand of old and new Rockabilly is exceptional. The gig is free and doors open are at 7pm.

It is Rock Day at The Bungalow on Saturday and the venue has a full line up of the best local rock covers bands around. The day starts with: Heavy Traffic 2.30pm: Drty Luv 4.15pm: Canyon 6pm: Shardlake 7.45: The Dead Flowers 9.30pm. Local guitarist Iain Forbes will be performing outside in outside stage from 2.30pm.

Introducing Night this week features another line up of emerging talent and they are Ghostbaby, Frog Mountain and Catlash. Tickets are £5/£3 and available from Eventbrite/on the door on the night. Doors are 7pm with the first band going on approx 8pm.

The Keg have 3 piece band Canyon in tonight from 9pm and tomorrow night at the same time of 9pm  up and coming Glasgow band Northern Holiday bring their blend of groovy garage rock and spaced-out psychedelic swagger. In support is Tape Deck 45.

The Cave have local new band on the scene Bits n Pieces in tonight from 8pm. No Class are playing tomorrow in the early slot at 6pm then later from 9pm playing till late it will be Wildcard. To finish off the weekend Rumours will be on stage at 6pm on Sunday. 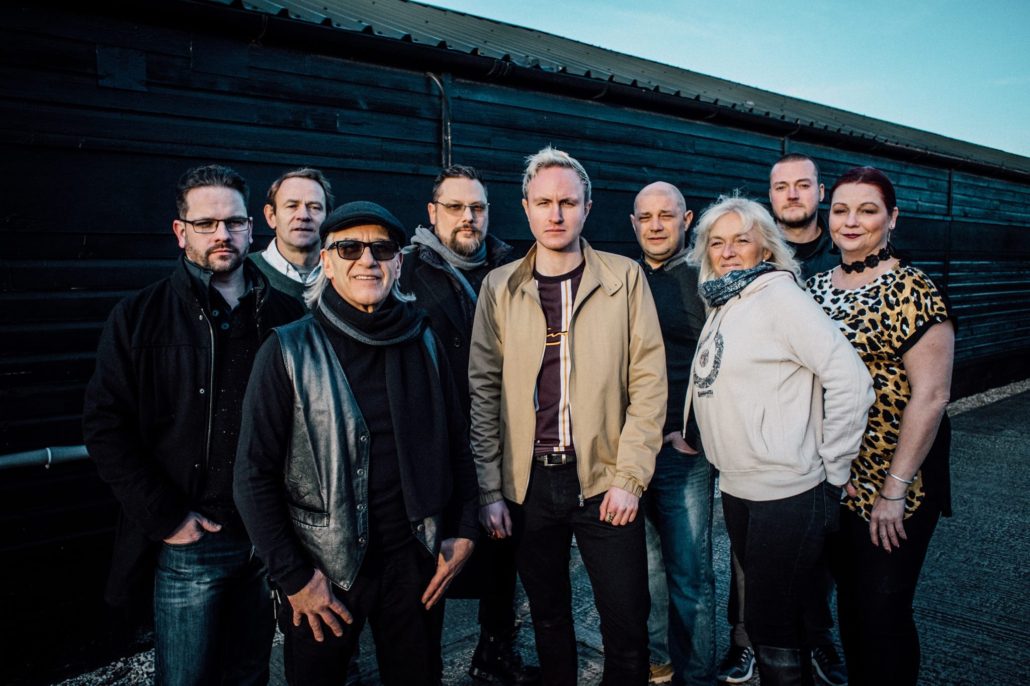 Rheumatoid Rockers are playing at The Swan tonight from 8pm then tomorrow Inn He ‘Shoppers Slot’ at 4pm it is Headhunters. As it is Paisley Fair, The Swan has put on aextra gig on Sunday from 5pm and local band Abbey Road will be playing at this tea time special. The rest of the week looks like this: Clyde are in their usual slot at 5pm on Mondayand Lee James on Tuesday and Thursday at 3pm. Just announced – It’s back for the 6th year running on 3 September, T in the Swan a live music all day festival. This is a belter of a day and is jam packed with 8 live bands, solos, stage inside and out, BBQ and cocktail bar. All this for £6.You can get tickets at The Swan but be quick, this is a very popular event, so to avoid disappointment get down quickly and get your tickets.

This week’s Open Mic sessions are: Abbey Bar on Monday with Dunky Hunter at 8pm, Jason Flood is the host at Gantry on Tuesday from 9pm; Johnny Barr will be at The Keg on Wednesday from 8.30pm. Have a great week and Keep Music Live.

Glasgow News? Daily Updates part of our network
Methods for incorporating the prevalent cryptocurrency into your portfolio