Renfrew’s Robertson Park was a sea of tartan on Saturday as Scotland’s top pipers and drummers descended on the town for the Renfrew Pipe Band Competition. 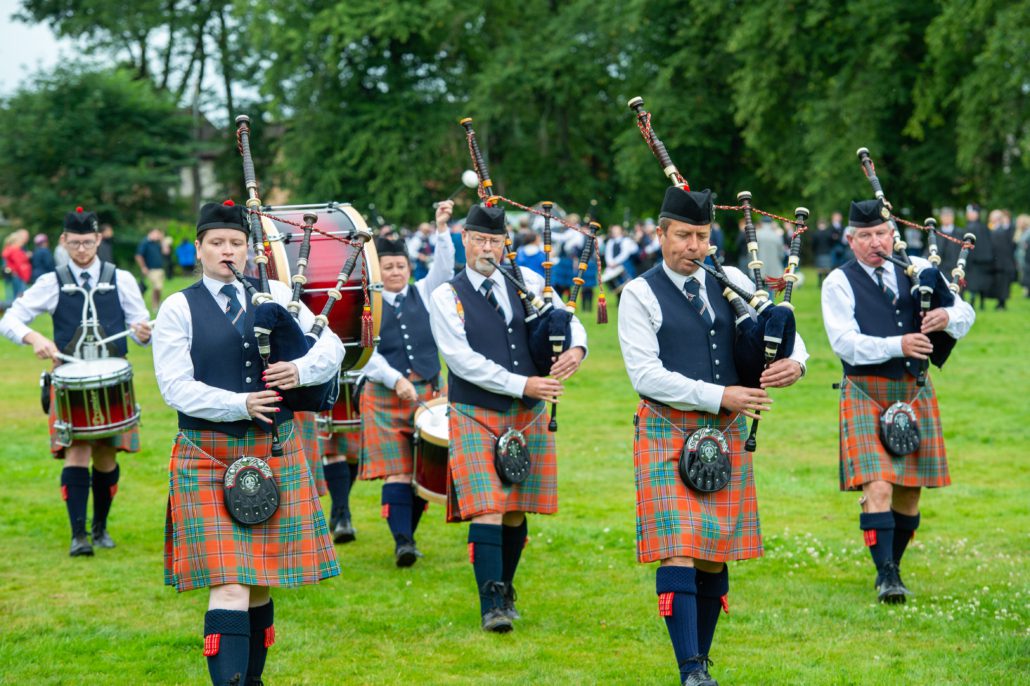 The free-to-attend event brought a full day of family entertainment to the park, with visitors enjoying a farmer’s market, food village, inflatables, circus workshops and a small funfair.

Over 20 bands took to the arena competing in the various grades with the competition judged by officials from the Royal Scottish Pipe Band Association (RSPBA).

The event was organised by Renfrewshire Council and the RSPBA.

Handing out the prizes as event Chieftain was the Tannahill Makar Shaun Moore, who said: “It was an honour to represent Renfrewshire at the Renfrew Pipe Band Competition and it was great to see so many people turn out to support the bands, despite the wet weather!

“The standard of piping and drumming was top class and I want to thank all who came along on the day, whether that was to play or to spectate. I hope everyone had a fantastic time.

“I also want to say thank you to the officials from the Royal Scottish Pipe Band Association who kept things running smoothly on the day.”

Information about more upcoming events in Renfrewshire can be found online www.renfrewshire.gov.uk

How an Orthopedic Memory Foam Pillow Can Help You Get a Good Night’s ...
Scroll to top
Go to mobile version