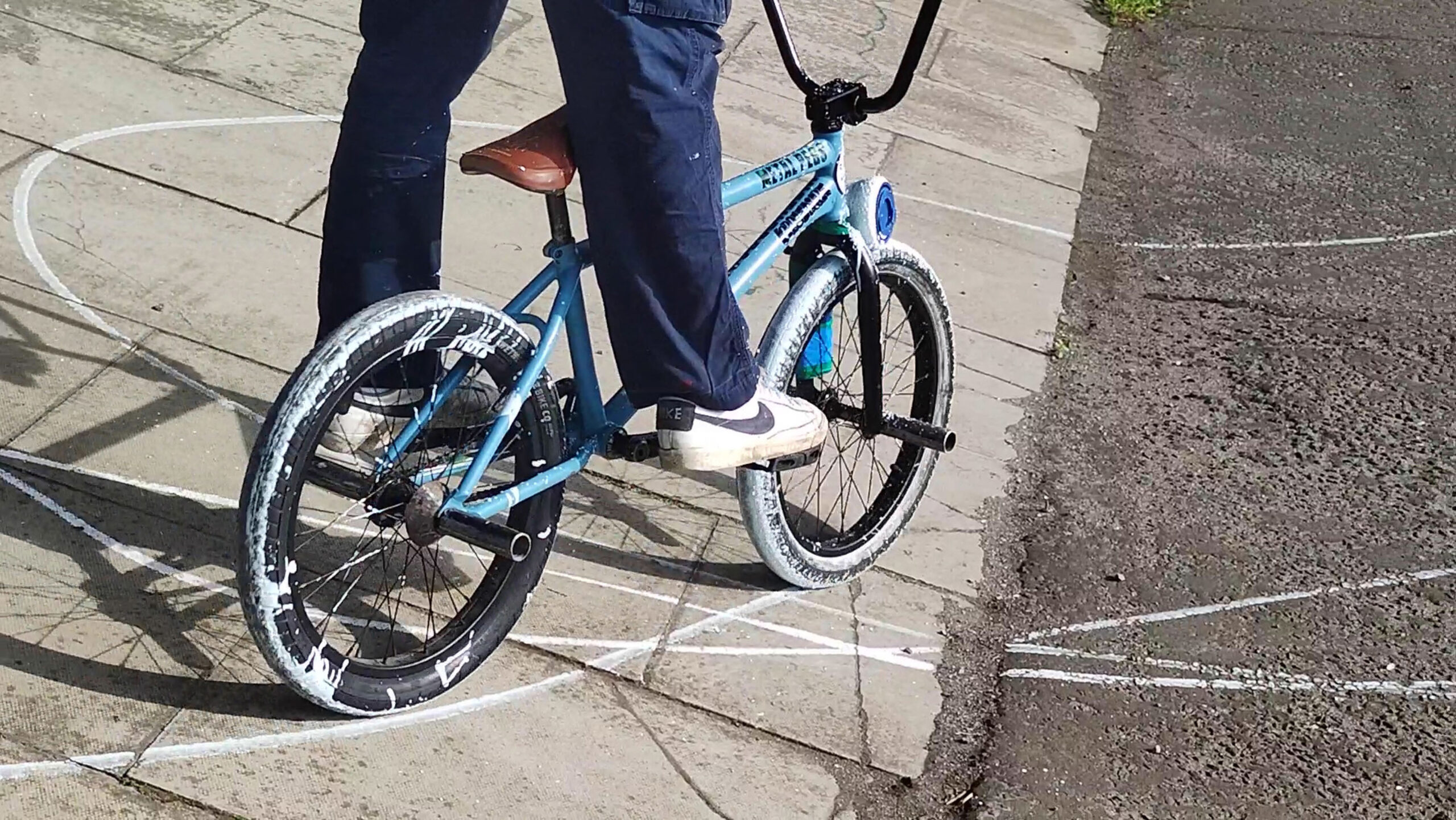 AN amazing piece of performance art where BMX bike stunt riders paint designs on a tarmac cycle path is just one of the unique events being staged during Cycle Arts Festival Renfrewshire. 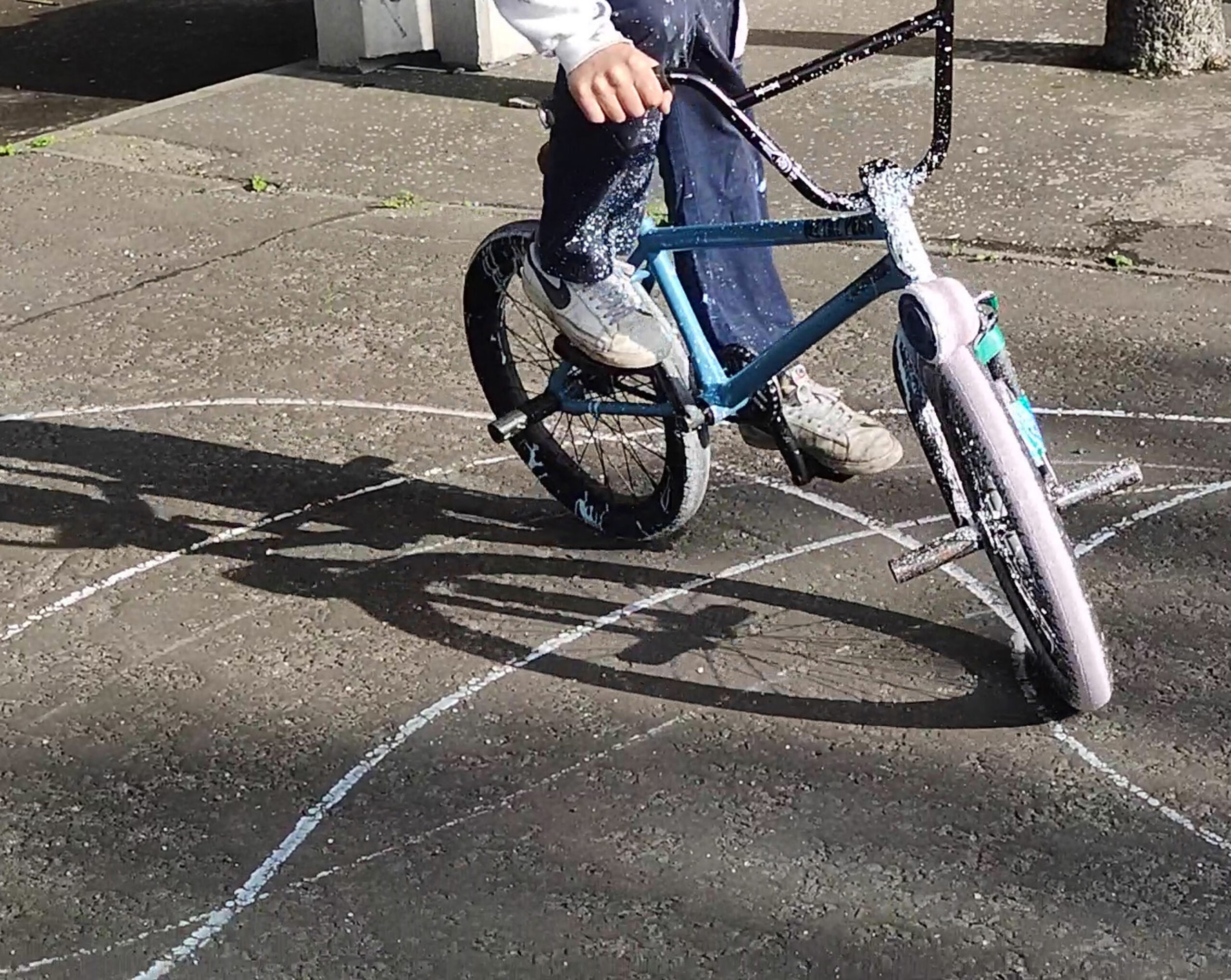 The festival is being staged on the 11-mile Paisley to Lochwinnoch cycle route between August 21 and 29 and features a series of innovative artworks and performances.

Jess Ramm’s Desire Lines performance will see a group of BMX riders with their bike tyres covered in paint trace out designs on the cycle path, the Johnstone Bridge space and the Telford’s pub car park, in Paisley’s Stow Brae.

The Teen Safari Along The Dark Gravel Serpent is a specially-commissioned walking theatre experience over two miles of the cycle track written by Alan McKendrick, who is originally from Kilbarchan.

Sightlines, by Kevin Cameron, which is a film essay and soundscape installed as a moving image work in the cave, at Parkhill Wood, near Castle Semple. The film examines local people’s attachments to their gardens during lockdown and the McDowall family’s impact on the Castle Semple landscape.

A Field Guide to Renfrewshire’s Waterways produced by Feral Arts is a family-friendly audio and visual arts trail that re-imagines the plants and wildlife found locally through a surrealist lens.

The Bard In The Yard is a one-person show and story-telling session with a tale about Shakespeare being sent to Scotland to write a masterpiece. But apart from meeting a witch and penning a rough draft of a speech about a dagger, he’s got nothing. Will needs to come up with a Scottish play or else the King will have his head on a stick if he dares show his quill in London again.

Story Wagon is a space specially created from wood and canvas for people to take part in writing workshops, sharing stories and performances.

Most of the Festival events are free, however some performances require tickets to be purchased. For more info on booking and ticket prices, please go to www.renfrewshireleisure.com/cycle-arts-renfrewshire.

The Cycle Arts Festival Renfrewshire is being staged by Renfrewshire Leisure in partnership with Creative Scotland, Sustrans, Clyde Muirshiel Regional Park and Renfrewshire Council as part of the Green Arts Initiative and the Future Paisley Programme.

Future Paisley is the radical and wide-ranging programme of economic, social and physical regeneration using Paisley’s unique and internationally significant cultural and heritage story to transform its future.

The project is supported by Creative Scotland’s Place Partnership programme, designed to support local partners to work together to place culture at the heart of development and regeneration.

“Much of the artistic work will not have been seen before and since the venue for the festival is quite unique, it will be well worth coming to see.”