Want to take a vacation alone, or with friends or family, and distance yourself a bit from the rat race of work? Craving to explore natural and cultural sights that move your mind, body, and soul at the same time? Do you live in England, and don’t plan to travel too far from your home? Here are a few ideas on refreshing sights to visit in your neighborhood:

Even though being the only double Unesco World Heritage Site in Scotland due to its unique picturesque landscape, natural beauty, and history, the destination managed to remain somewhat mysterious. Four main islands Hirta, Dun, Soay, and Boreray comprise the group of islands, embraced by countless sea stacks. So why is it not among the most popular visitor sites in the country? Slightly too far away from major attractions, and a bit of a challenge to reach. 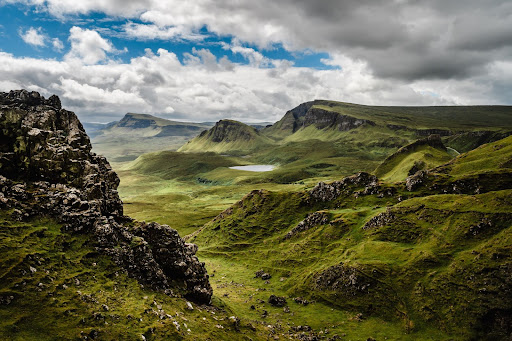 If you are a big Scotland fan and a nature lover though, you should try and plan a day trip to these desert islands! Among the broad spectrum of wonderful earthy creatures, you get to see Europe’s largest colony of nesting seabirds. This place with its far-away volcanic lands promises you to break free from the fast modern life, and fill your soul with peace and privacy. Being so special, it deserves to be mentioned in the same breath as the Peruvian Machu Picchu and the Greek Mount Athos.

You can discover the triangle-shaped castle in the vicinity of the town Dumfries, in Dumfries and Galloway. The castle has a fairy tale feeling thanks to its quiet setting of green moat and water. Together with its natural scenic view, it is truly unique and well worth a visit!

Want to have a drink and bite in Scotland’s remotest pub?

Only accessible by foot with no surrounding roads, you must hike about 18 miles over Munros to have your pint and some bites. You can also reach the pub by kayak, helicopter, and yacht on Loch Nevis… If you decide to make the effort, you will find it worthwhile. You will find the small Old Forge pub on Scotland’s Knoydart Peninsula, in a village called Inverie. Why should you visit such a hidden pub? Well, if you are a fan of Guinness Records, it has been listed there in 2014, as one of the best bars and top 10 beer places in the world. The adventure is probably worth your effort!

Isle of Jura, Argyll, and The Isles

Do you want to discover the world’s third-largest whirlpool on a boat trip with guides? You should visit ​​the Corryvreckan Whirlpool… These natural curling waters are not only capturing your eyes, but you can also hear them from as far as 10 miles! The other interesting fact about this spot of the Earth is the higher numbers of deers than people. Another spectacular experience on the list of your get-away journey from everyday life.

Want to feast your eyes on the magnificent stars of Dark Sky Park?

The Galloway Forest Park is the first designated Dark Sky Park in the UK, and one of the only four designated similar parks of the western world. Why is it so special? Because you get to immerse in the universe seeing millions of stars and galaxies clearly, without the light pollution of modern street lights and neon signs. You can see at least 7,000 stars, including planets, comets, shooting stars, the Milky Way, and even the Northern Lights! 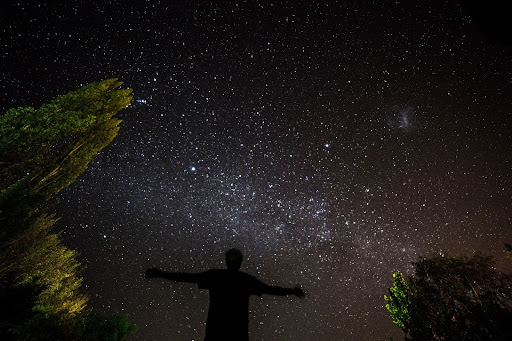 The indigenous populations of the north, the Picts, built and left behind eye-catching ancient relics. If you are interested in history, you could visit the marvelous Sueno’s Stone in Forres, Scotland. You can find unique and rare battle scenes on the tallest sculpted standing stone, dating back to the 10th century. If you want to see more similar monuments and standing stones, Aberdeenshire offers you a great choice of them. You could also take part in a Stone Circle Trail!

This castle will take your breath away with its uniquely French features. Its 198 rooms make it the largest castle in the Northern Highlands, and in addition, it is one of Britain’s oldest and constantly inhabited castles. Its outstanding architecture and picturesque details came from Sir Charles Barry, who also designed the Houses of Parliament in London. 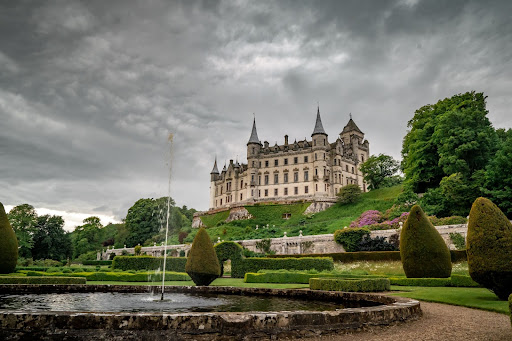 You can visit this beautiful cave near Durness, Sutherland, in the Highlands. It is the largest sea cave in Britain surrounded by limestone cliffs at a narrow sea inlet.

Another natural beauty that can be tricky to travel to but hiking there will be worth your effort. On your arrival, a spectacular golden sand bay will stretch in front of your eyes. Sandwood Bay is a rare gem in this area of the globe.

Plans to renew 14 play parks in Renfrewshire to be considered by councillor...
Scroll to top