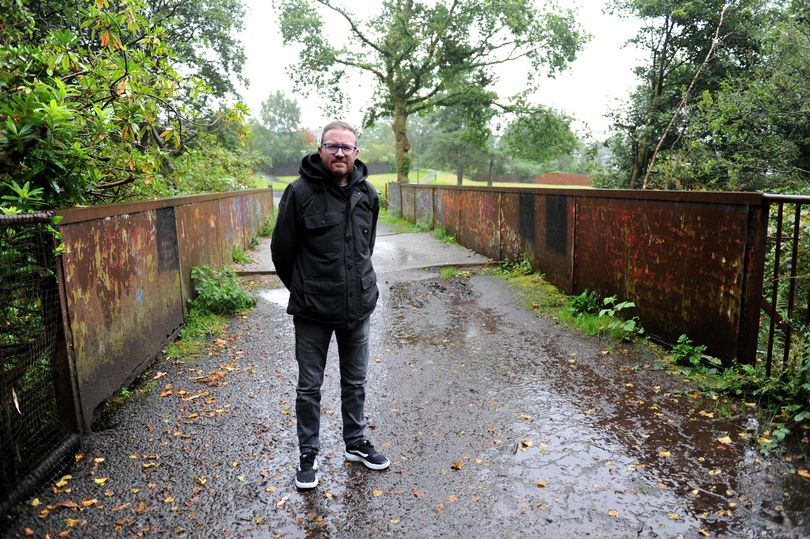 A village councillor is calling for urgent action to be taken to fix a metal bridge in Houston which has been “left to rot”.

Scott Kerr said he is “astonished” the heavily corroded Ardgryffe bridge – which is covered in holes and graffiti – remains in such a poor condition after three years of pressing the issue with both Renfrewshire Council and current owners Taylor Wimpey.

The Conservative councillor claims the two have been at a “stalemate” during the period, with Taylor Wimpey wanting the council to adopt the bridge, while the local authority has insisted it is brought into a better condition before this can be done.

The bridge provides a vital walking route for residents – connecting Houston and Crosslee – and is used daily by schoolkids.

Taylor Wimpey has said it has “no concerns” regarding corrosion on the bridge.

Councillor Kerr said: “I am deeply frustrated the issues surrounding the Ardgryffe bridge in my ward continue to remain unresolved.

“This is an issue I have been pursuing since I was elected three years ago and I find it astonishing we remain at a stalemate.

“It is time for the council and Taylor Wimpey to discuss the matters again and commit to resolving this for the people of Houston and Crosslee. 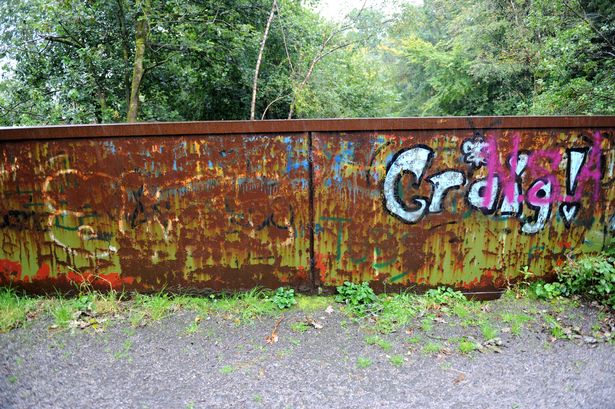 “I will continue to liaise closely with the community council to demand the bridge is once again fit for purpose for residents in my ward as a matter of urgency.”

Taylor Wimpey said a meeting was held this week with the council and an inspection was carried out at both the Ardgryffe bridge and the wooden Crosslee bridge.

The company also confirmed it has “agreed a specification” to allow the council to adopt the bridge – hopefully by the end of next year – and is committed to carrying out necessary works.

The council said it was agreed in July last year that, subject to conditions being met, it would adopt the bridge for maintenance purposes and bosses continue to be in discussions with the developer.

A spokesman for Taylor Wimpey West Scotland said: “We remain fully committed to completing the works necessary to the metal bridge at Ardgryffe Crescent and the wooden Crosslee Bridge as part of a wider strategy to handover Crosslee Woodland to Renfrewshire Council.

“We are in regular communication with the local authority in relation to this matter.

“Following an inspection on September 10, we can advise there are no missing spars to the metal bridge, and we have no concerns regarding corrosion.

“We have agreed a specification to allow the metal bridge to be adopted by Renfrewshire Council.

“We are also addressing the remedial work that is required to the surrounding woodland to remove diseased and dying trees. However, our approved plan for this has been impacted by the current health emergency and we are in the process of engaging a new contractor.

“We will continue to work in partnership with Renfrewshire Council to resolve matters, which we anticipate could allow the Crosslee Infrastructure to be adopted by the local authority towards the end of next year.”

What Is the Best Way to Take CBD Oil?
Scroll to top