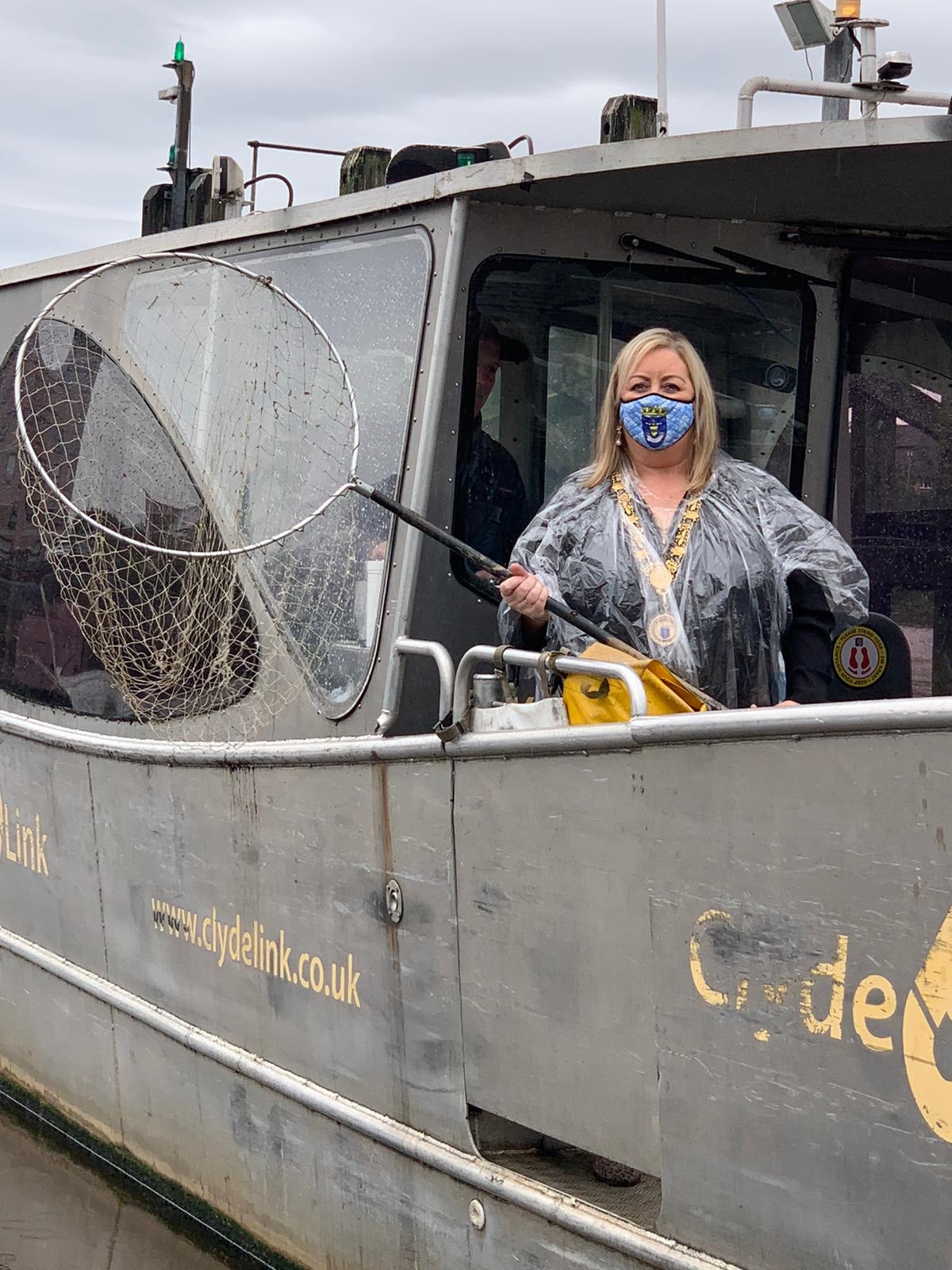 Renfrewshire’s Provost Lorraine Cameron set sail across the River Clyde this week to carry out the traditional act of casting the nets to maintain Renfrew’s fishing rights on the river.

Due to current Scottish Government guidelines, Provost Cameron was unable to be joined by Renfrew residents for the traditional boat trip down the Clyde and instead headed across the river solo on the Renfrew Ferry.

Provost Cameron said: “The symbolic act of casting the nets is a key part of Renfrew’s history, dating back hundreds of years, and it was important to myself and to the local community that the fishing rights continue to be preserved, even when so much is disrupted just now.

“Thank you to the Renfrew Ferry who were happy to take me across the river so the tradition could be upheld and to Howwood Fisheries for their kind donation of the salmon net.

“It is disappointing that I couldn’t invite Renfrew residents along this year, but I hope that in three years time the event will be able to go ahead in all its usual glory.”

King Robert III granted a charter to the community of Renfrew detailing the right to fish the River Clyde as far back as 1396, with a subsequent charter, confirming the rights, granted by Queen Anne in 1703.

Since the rights were restored, it has become practice to maintain them by having the Provost cast the nets and haul them in every three years.

A commemorative video is being produced to showcase the casting of the nets by local filmmaker Paul Mothersole, featuring historic footage and interviews with members of the local community. The video will be released in the coming months.

Glasgow News? Daily Updates part of our network
Why Grooms Should Have A Little Fun With Their Wedding Day Outfit

Why Start a Business in Paisley?
Scroll to top