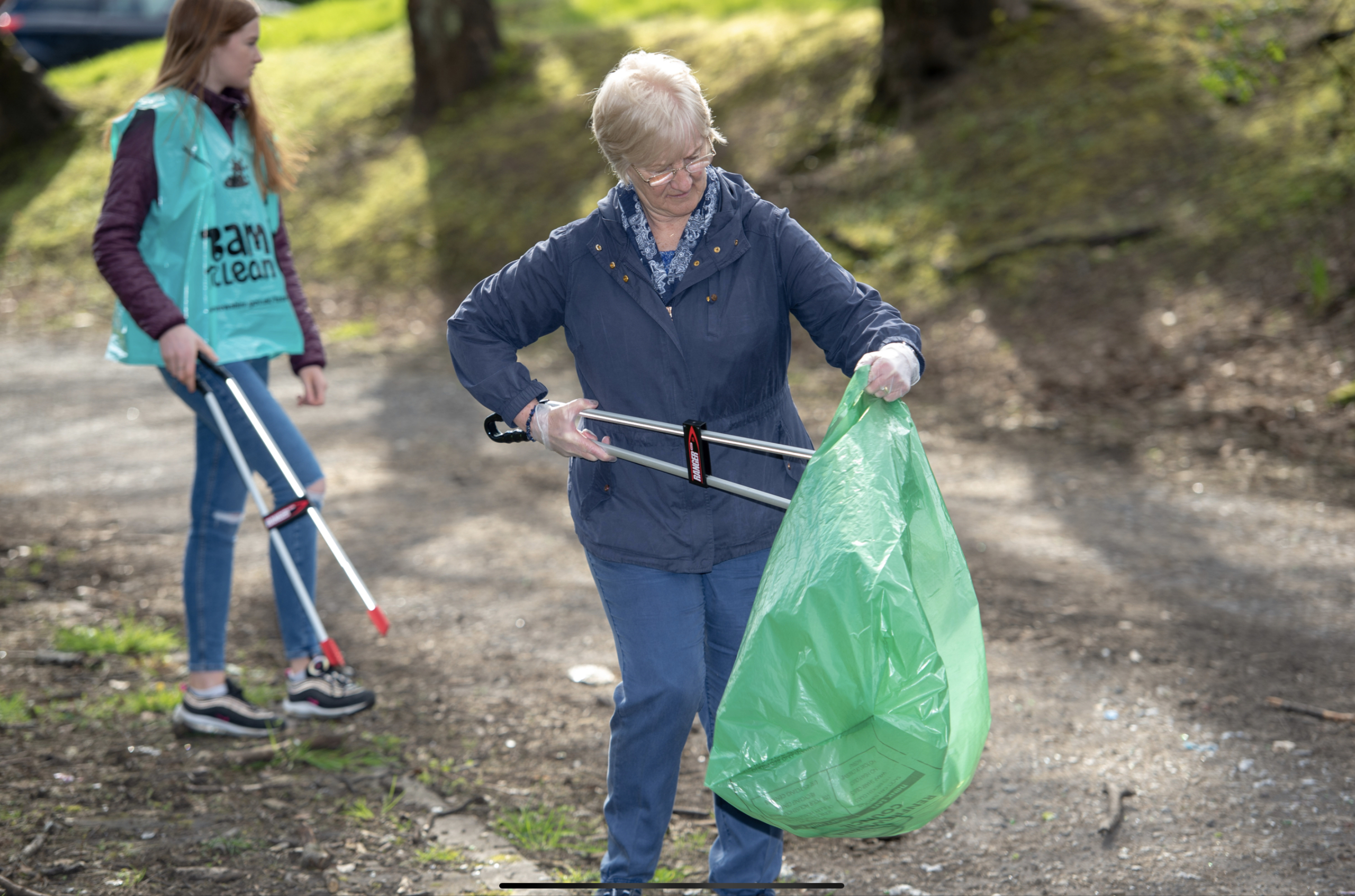 Local volunteers from Renfrewshire’s award-winning Team Up to Clean Up campaign have caught fly tippers red-handed as they look to protect the local environment.

Six £200 fixed penalty notices have been issued by Renfrewshire Council since April following reports from dedicated volunteers who have encountered fly tipping while cleaning up their area – with 22 issued in total across the area.

Waste found in Renfrew identified the same person’s details on numerous occasions which led to a fine being issued, while a van was caught red-handed dumping waste in Erskine.

Other occasions saw fly tippers fined in Paisley and Erskine woods after they were caught on camera illegally getting rid of their waste.

The notices require to be paid within 14 days, otherwise the council can pursue court action against the offenders.

Any residents using a ‘man with a van’ type companies must ensure that their waste will be disposed of legally by a registered waste carrier as it is still their responsibility if it is dumped illegally.

Councillor Cathy McEwan, Convener of Renfrewshire Council’s Infrastructure, Land and Environment Policy Board, said: “Fly tipping is not only illegal, but it ruins the appearance and harms our local environment.

“We need people in Renfrewshire to take responsibility for their waste and recognise that dumping it in our countryside, neighbourhoods or laybys is unacceptable.

“The fantastic Team Up to Clean Up volunteers are prime examples of what we should all strive to be, and they are making a tremendous difference to our local area.

“If you see someone fly tipping, or find evidence as to who has done it, then please report to us and together we can stop this happening once and for all in Renfrewshire.”

For more information on the Team Up to Clean Up campaign, or to report fly tipping, visit www.renfrewshire.gov.uk/teamuptocleanup.