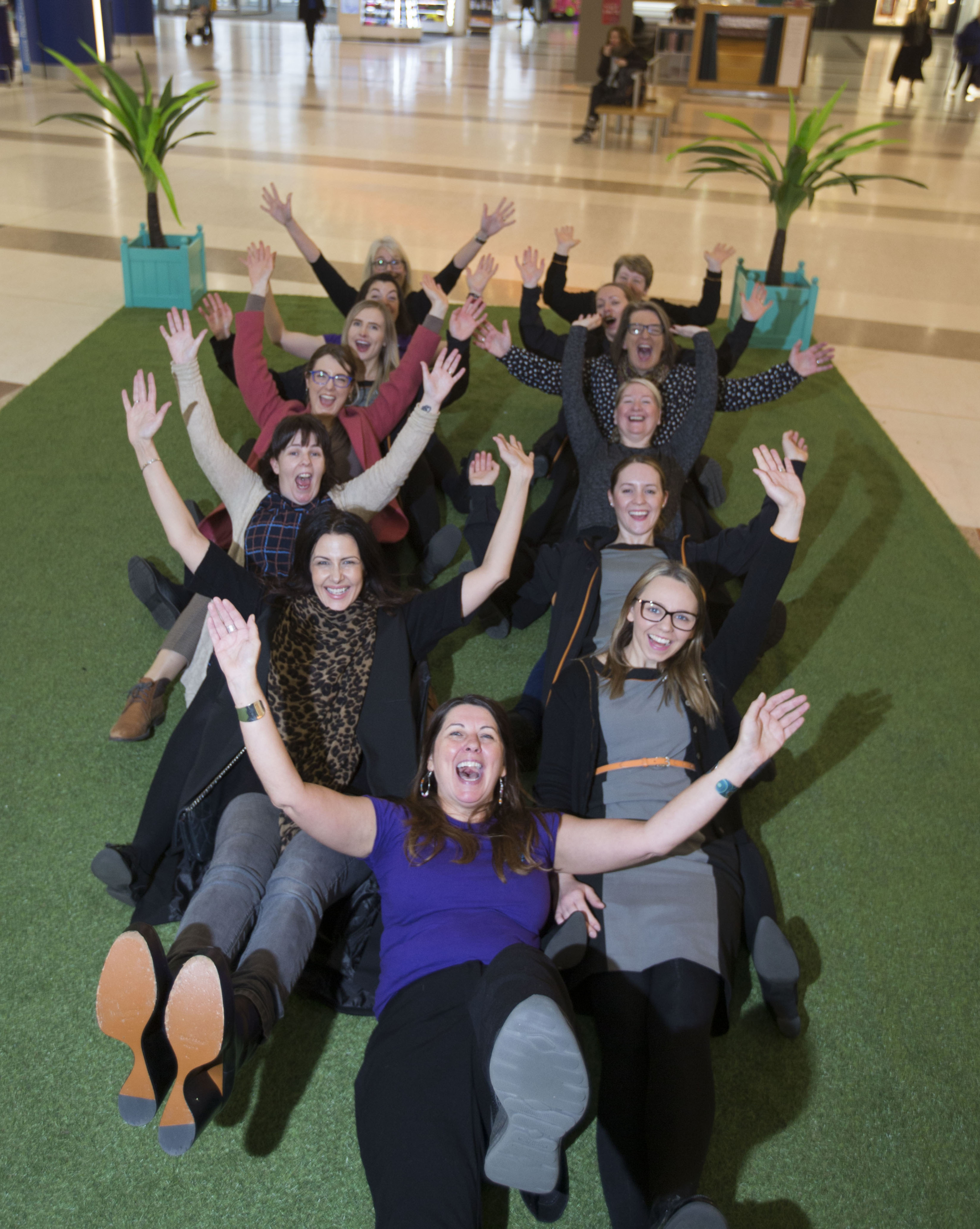 VISITORS to a shopping centre were yesterday (Monday, January 20) given an unusual antidote to Blue Monday – the chance to take part in laughter yoga sessions.

The team at intu Braehead organised the laughter yoga in a bid to help people feel good in a day that is described as the most depressing of the year.

The relatively new concept in mind and body exercise teaches people how to laugh without relying on jokes or humour.

It was developed in Mumbai, India by a Dr Madan Kataria, in the mid-1990s and laughter yoga provides similar physiological and psychological benefits as spontaneous laughing.

The special laughter yoga sessions are part of a unique programme of activities at intu Braehead aimed at getting folks smiling again during the January – which can be a time when some people feel down after the festive celebrations.

Marketing manager for intu Braehead, David Lyon said: “Everyone likes a good laugh and it’s a great way to lift your spirits.

“We decided to bring in some laughter yoga instructors and I’m sure people taking part will leave intu Braehead with a smile on their face.”

Along with the laughter yoga sessions, David has listed other things to do at the shopping centre and in Soar at intu Braehead to beat the January blues.

They include ice skating; trampolining; indoor adventure golf; having a go on the Big Slide – the UK’s tallest helter-skelter; catching a movie at the Odeon cinema; ten-pin bowling; watching a Glasgow Clan ice hockey match; indulge yourself in The Little Dessert Shop, or simply spend quality time with family and friends in one of their many cafes, restaurants and bars.

What Happens after Rehab?
Scroll to top
Go to mobile version