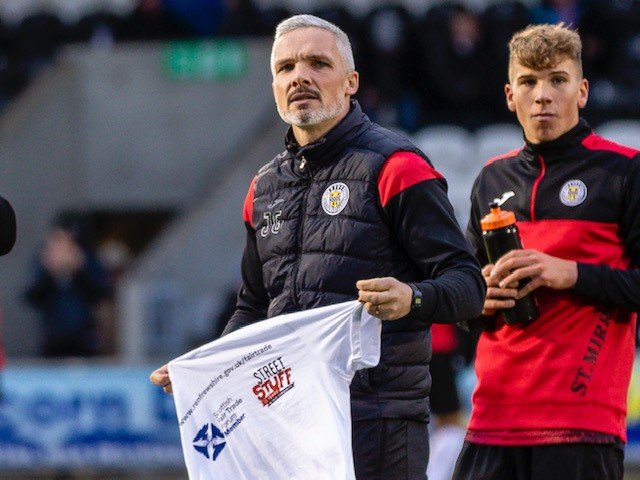 St Mirren gained a point on the pitch and made another off it as the Paisley club showed their support for Renfrewshire’s fair trade campaign.

Prior to their league clash with Livingston, St Mirren’s players wore specially created Fairtrade cotton t-shirts during their warm up, which were then signed and given to lucky fans in attendance.

One was luckier than most as they also won the half time draw to pick up a hamper filled with fair trade products provided by local fair trade organisations Rainbow Turtle and Just Trading Scotland.

The club were showing their support for Renfrewshire Council’s campaign to encourage communities in Renfrewshire to learn about fair trade, change their buying habits and join the local fair trade movement. 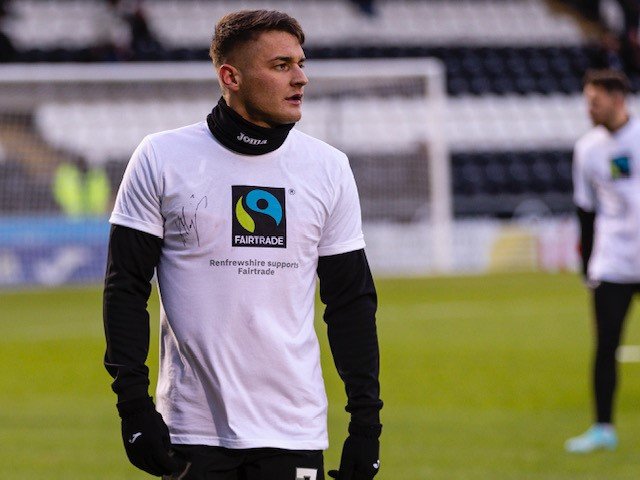 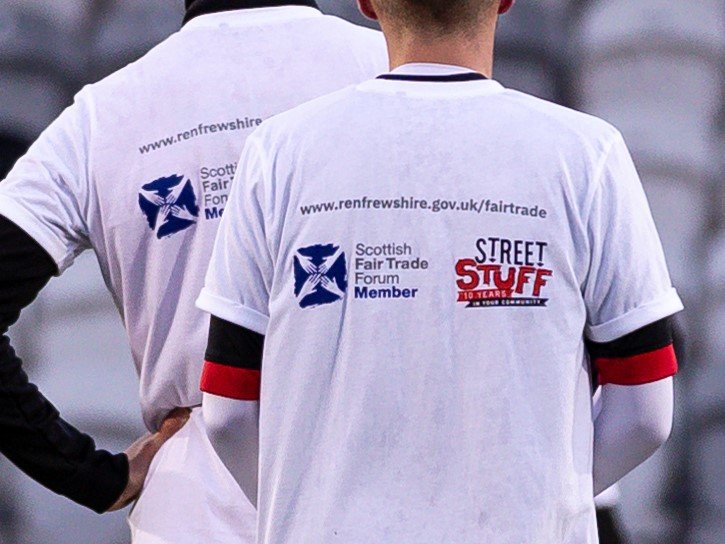 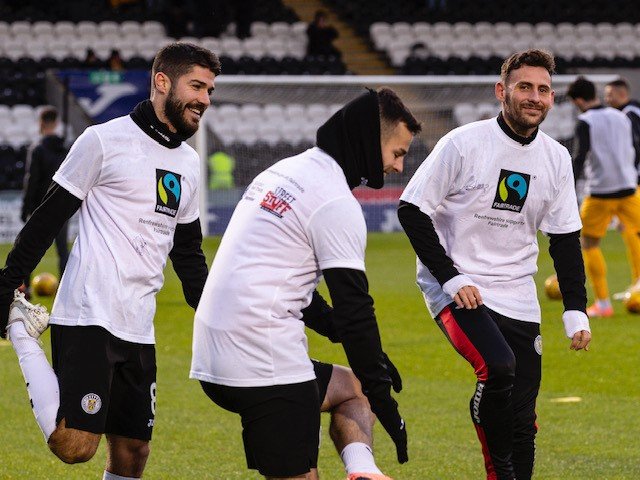 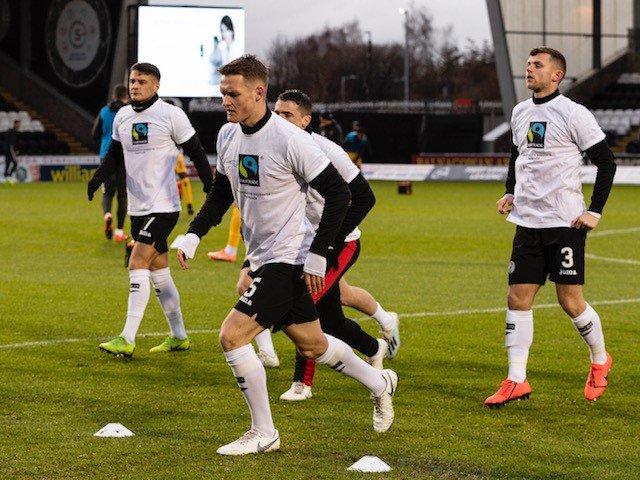 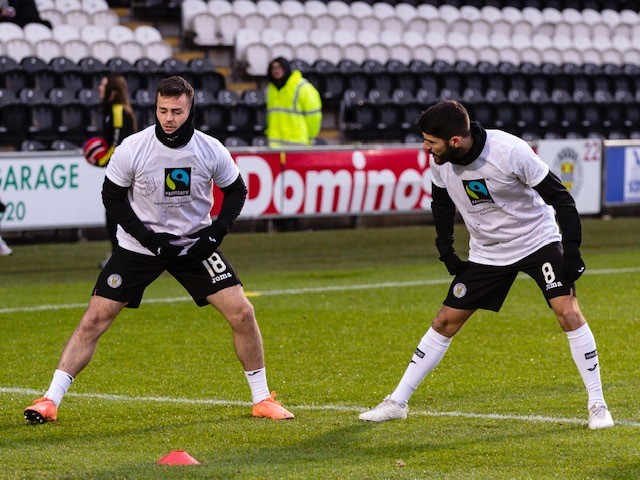 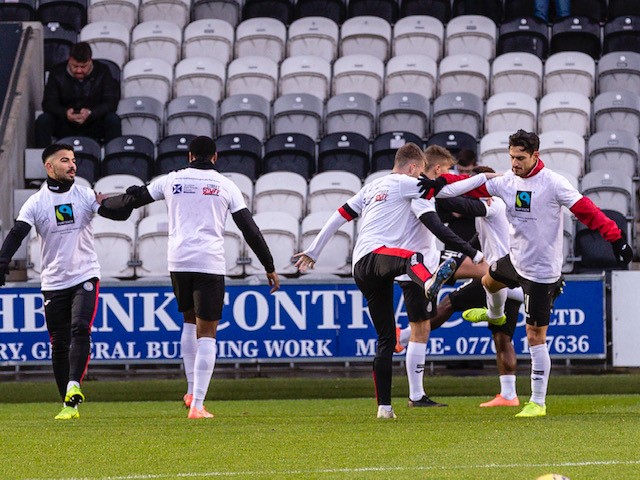 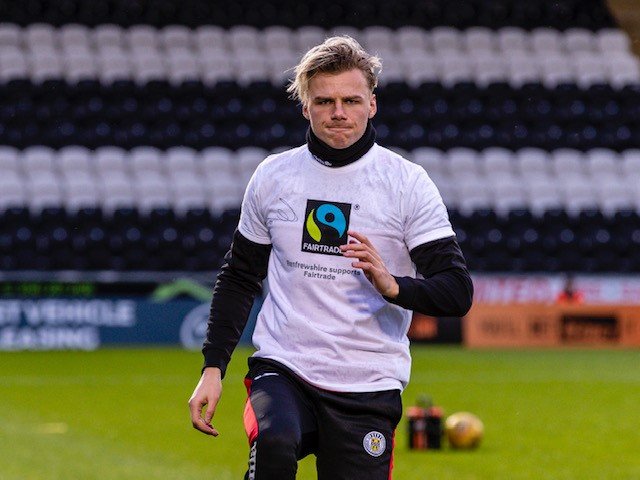 Fair trade was created as a different way of doing trade. The movement came together to secure better prices, decent working conditions, access to union representation, local sustainability and fair terms of trade for producers in the developing world.

Many of the products we buy in supermarkets or shops are produced by people who are not paid a fair price for their work and, as a result, are forced to live in poverty.

“It’s important that everyone in Renfrewshire is aware of the difference that purchasing fair trade goods can make to the lives of those who make our products, especially our younger generation who visit Street Stuff almost every night of the week.

“It’s through work like this that we’ll continue to educate and change behaviours in Renfrewshire and I would encourage anyone with an interest in fair trade to get in touch and join our campaign.”

Renfrewshire’s Fair Trade Steering Group meets every few months to discuss the issue in Renfrewshire, and around the world, with the aim of promoting the benefits of fair trade to everyone in the area.

It is open to all and comprises local volunteers, elected members of the council, schools and local businesses – with new members encouraged to come along and take part.

For more information on fair trade in Renfrewshire, visit www.renfrewshire.gov.uk/fairtrade.

Glasgow News? Daily Updates part of our network
A Guide to Choosing the Right Broadband