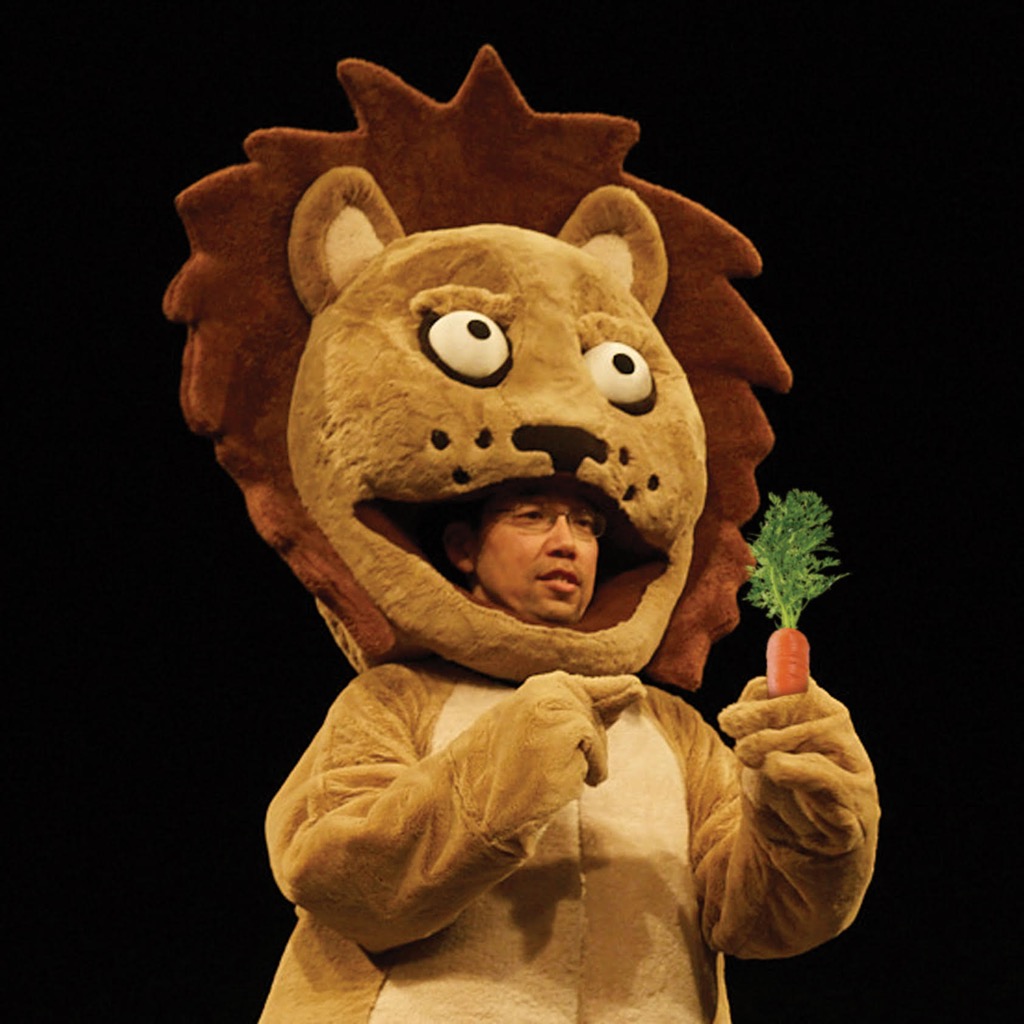 Independent Arts Projects presents
Eaten by Mamoru Iriguchi
The award-winning performance artist, Mamoru Iriguchi, is back out on tour this autumn with Eaten, a show for children aged 6yrs+ about food, eating and being eaten!
What if your food started talking back? Meet Lionel McLion. He’s just eaten a human called Mamoru. But Lionel hasn’t chewed his food well. So Mamoru’s alive and well in his stomach, and now wants to say hello. A strange friendship between the eater and the eaten starts to grow. Eaten invites children to the fascinating world of food chains and digestion.

“Whimsical hi-jinks” The Herald ★★★★ “Big Cuddly and Clever” The Times ★★★★ “Daringly inventive” The Stage ★★★★
Donning a lion costume, Mamoru simultaneously plays the roles of the eater (Lionel the lion who dreams of being a vegetarian) and the eaten (Mamoru the human who loves meat) resulting in a dialogue about food between the predator and his prey, locked in one body.
With a surrealist and humorous storyline, Iriguchi, together with director Ivor MacAskill and co-performer Suzi Cunningham, invite children and grown-ups to the fascinating world around food: eating, being eaten, digesting, defecating and everything in-between and beyond, in nature and on our dining tables. Eaten encourages young audiences and adult audiences to carefully examine what they eat and re-think their relationship with food and nature.
Paisley Arts Centre
Sun 15 Sep | 2pm | £4
0300 300 1210 | renfrewshireleisure.com/whats-on
BSL interpreted performance
https://www.paisley.org.uk/wp-content/uploads/2019/08/unnamed-2.jpg 1024 1024 Brian McGuire https://www.paisley.org.uk/wp-content/uploads/2015/09/paisley-logo-trans.png Brian McGuire2019-08-27 19:33:282019-08-27 19:33:28Independent Arts Projects presents Eaten by Mamoru Iriguchi

Play area set for transformation after £50,000 investment
Scroll to top