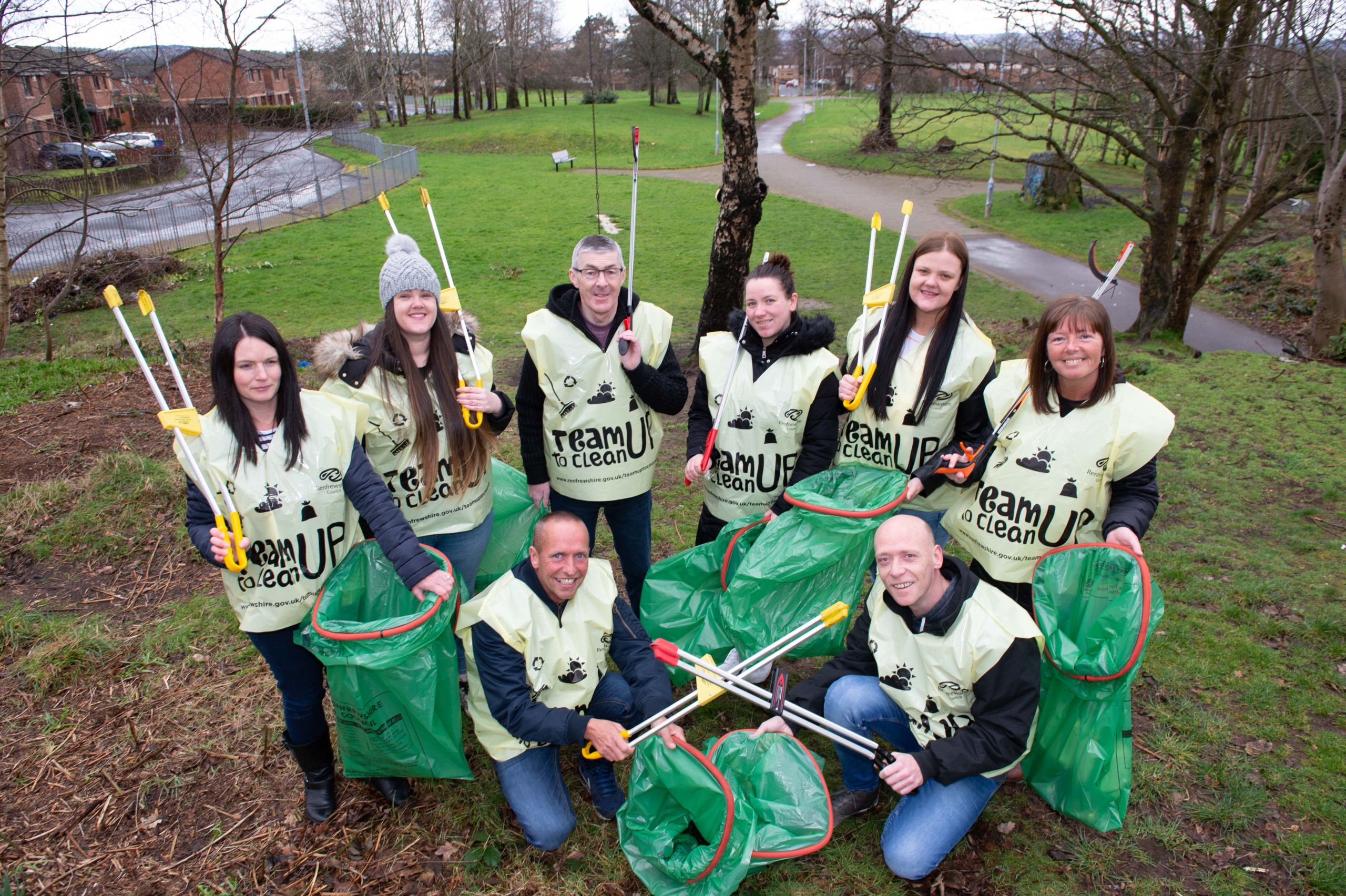 Inspiring supporters of the Team Up to Clean Up campaign have been recognised at the Provost’s Community Awards for their work in the community.

The awards set out to reward the unsung heroes within Renfrewshire who go above and beyond for their community and taking home the Community Group and Community Volunteer awards were Pals of the Privies and Heather Clisset respectively.

Pals of the Privies are a volunteer group who set out with the mission of reclaiming Glencoats Park for the community and making it a welcoming area for young and old alike. 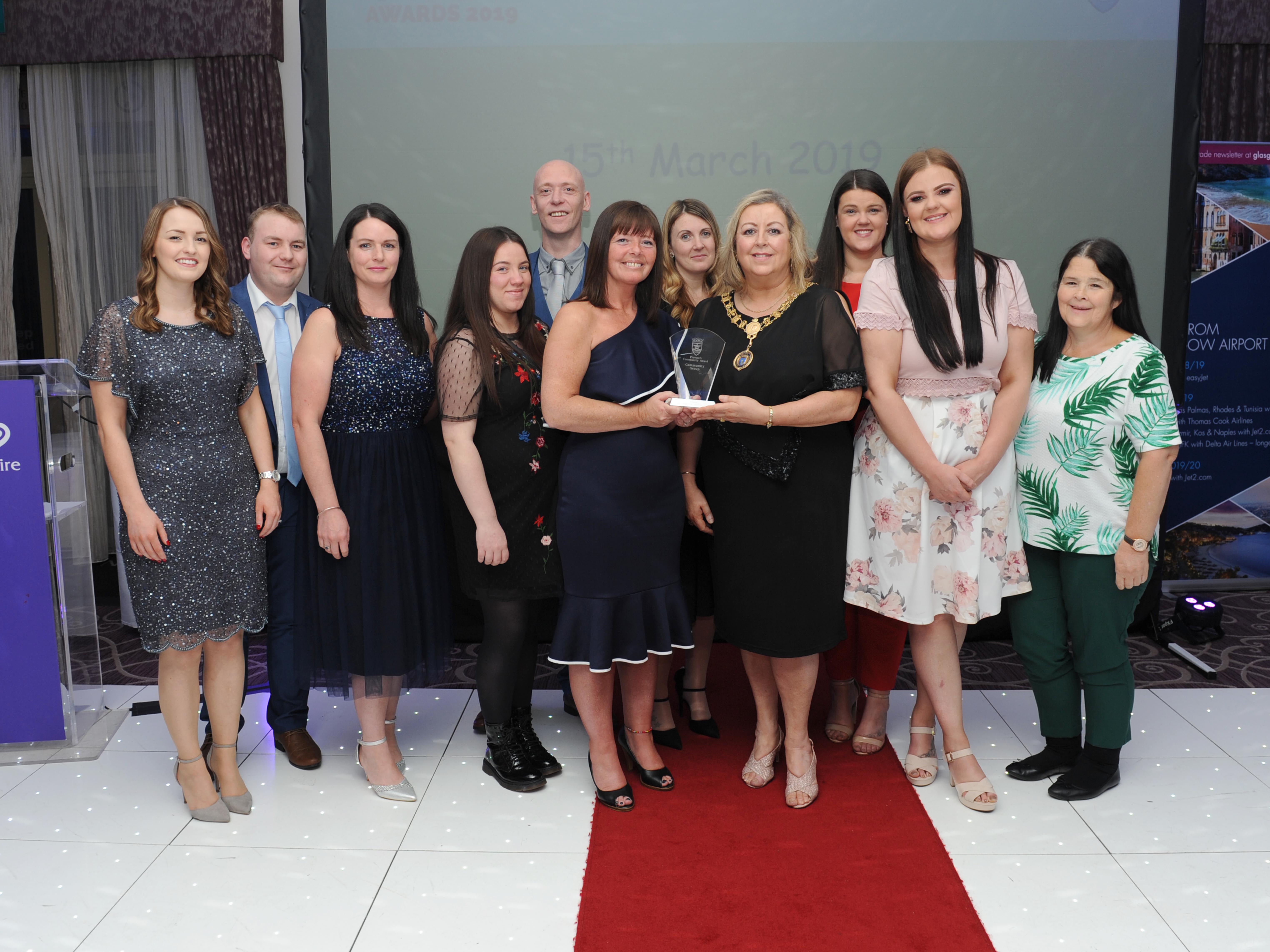 They transformed the park from a seldom used green space into a thriving family park, achieving this by embracing the Team Up to Clean Up campaign through improving the appearance of the park and keeping it litter free.

Community events have been held in the park, primary school classes can now take place there and it is a haven for older people and dog walkers, with new benches installed for elderly residents.

“Team Up to Clean up was a major part of our work from providing equipment to uplifts of large amounts of vegetation and Nicola and all the team have been a godsend, going out of their way to answer our queries or concerns.

“Winning the Provost’s Community Group Award has been a real boost to our group, giving us all some recognition and a sense of appreciation for what we are doing.” 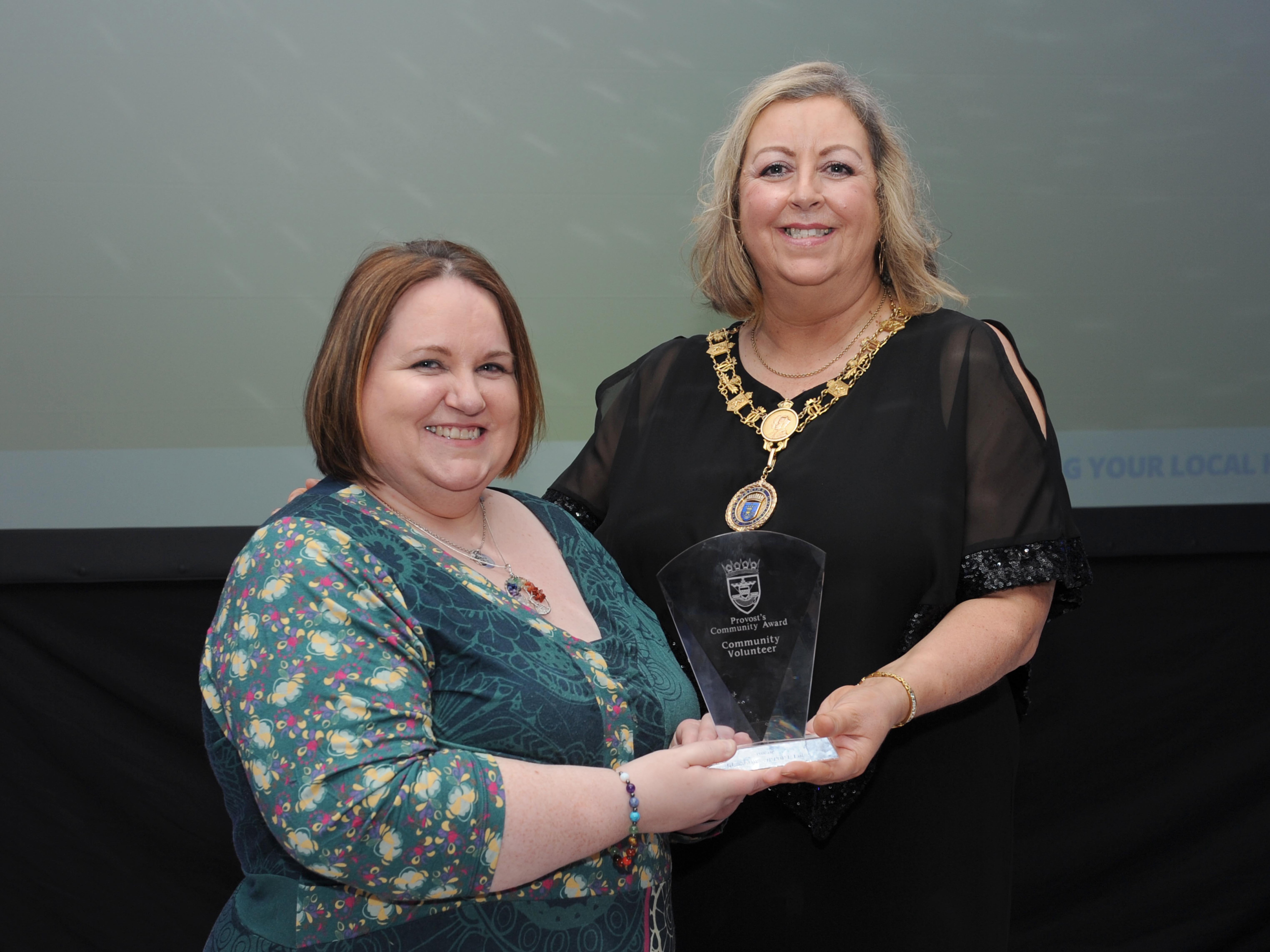 Heather Clisset has been carrying out litter picks for more than nine years to keep her area clean and is a big supporter of the Team Up to Clean Up campaign.

She created the Erskine Community Garden which hosts community events and gives a safe place to rest and play, and the garden received the second highest ‘It’s Your Neighbourhood’ award from national environmental charity Keep Scotland Beautiful.

She has worked closely with Keep Scotland Beautiful to carry out pilot projects, including providing dog fouling bags on walking routes to measure the difference in dog mess left behind and has recently become one of the anchor groups for the ‘Upstream Battle’ campaign.

Heather said: “It was truly humbling to be chosen as the Provost’s Community Volunteer Award winner. 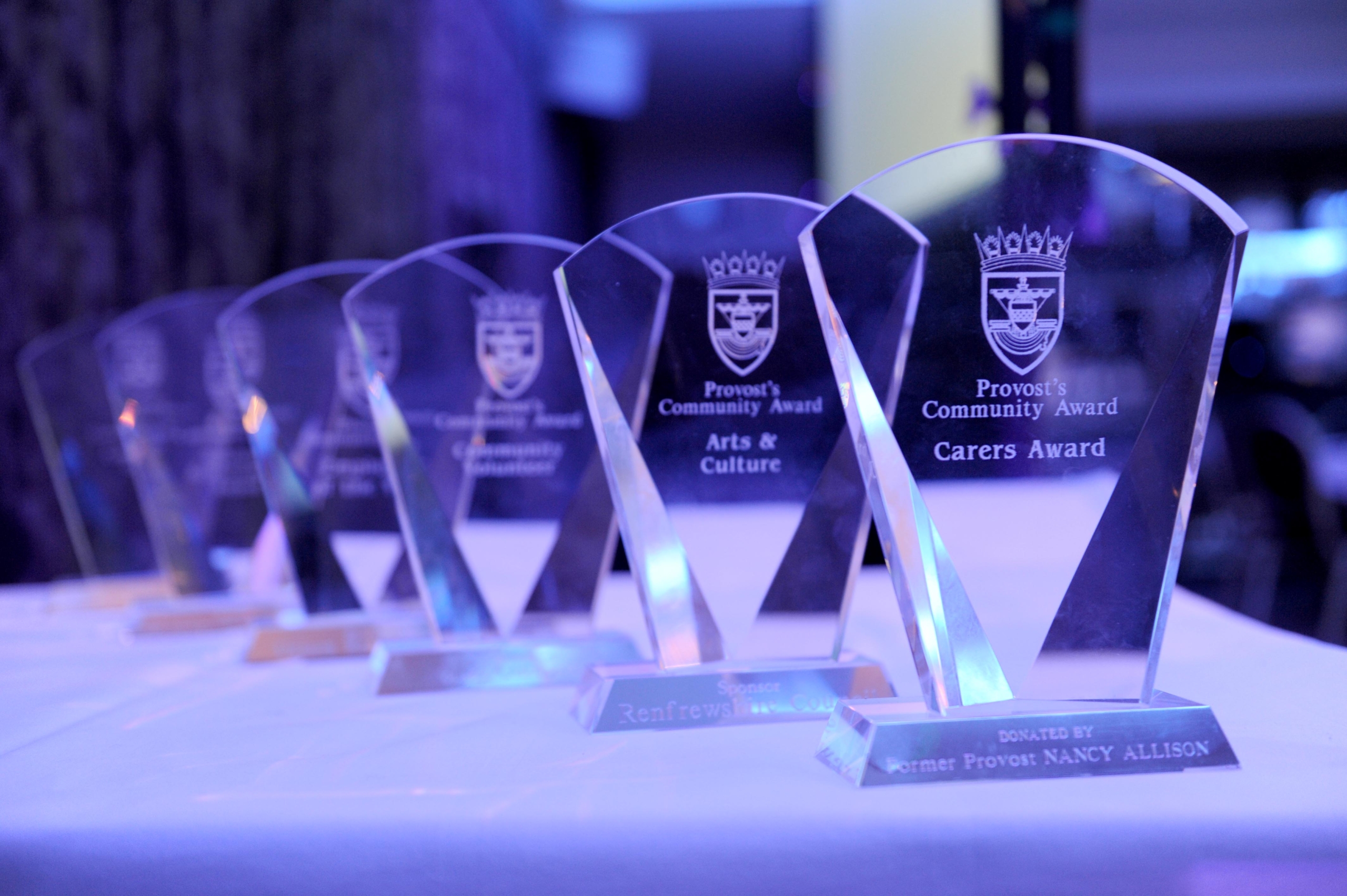 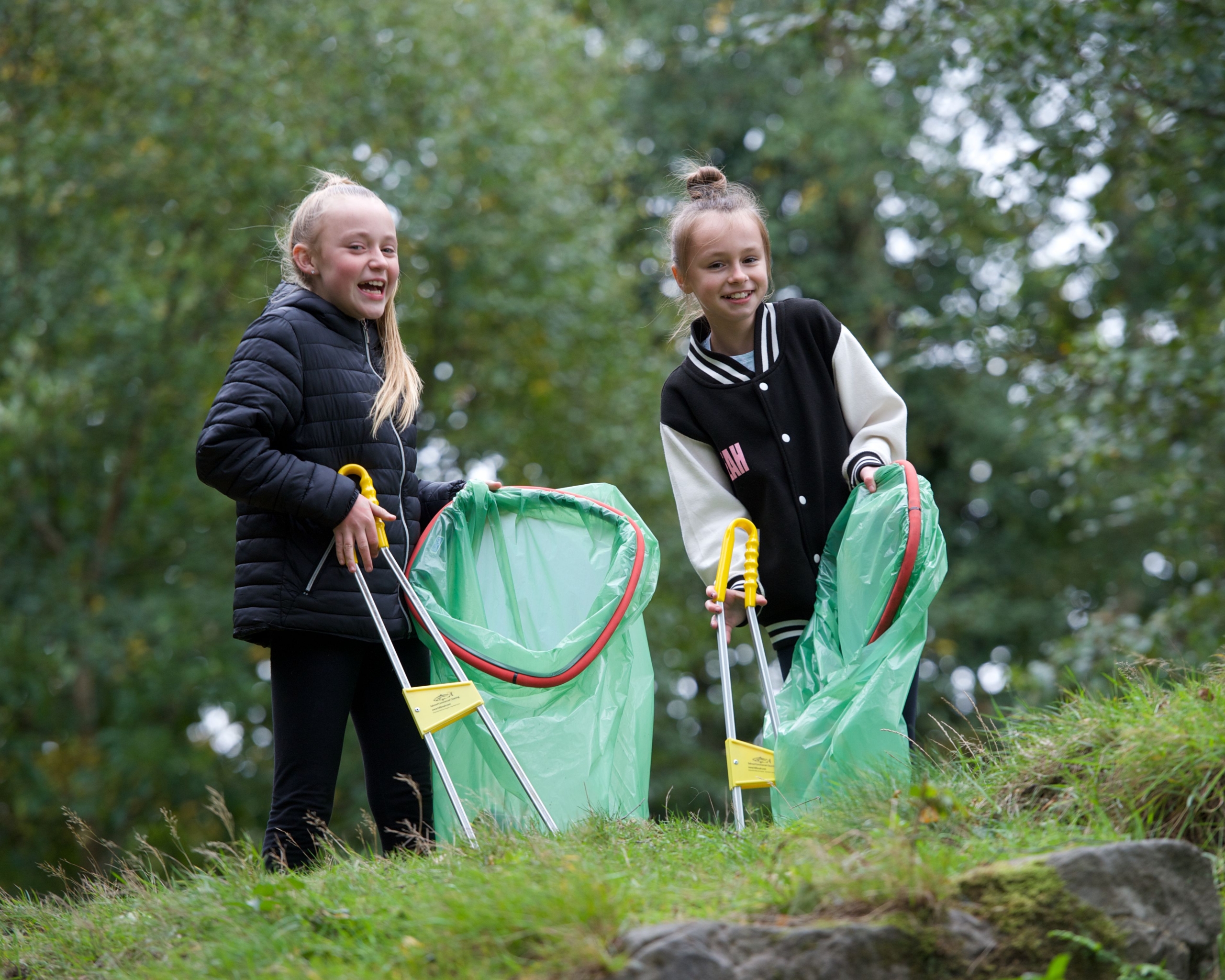 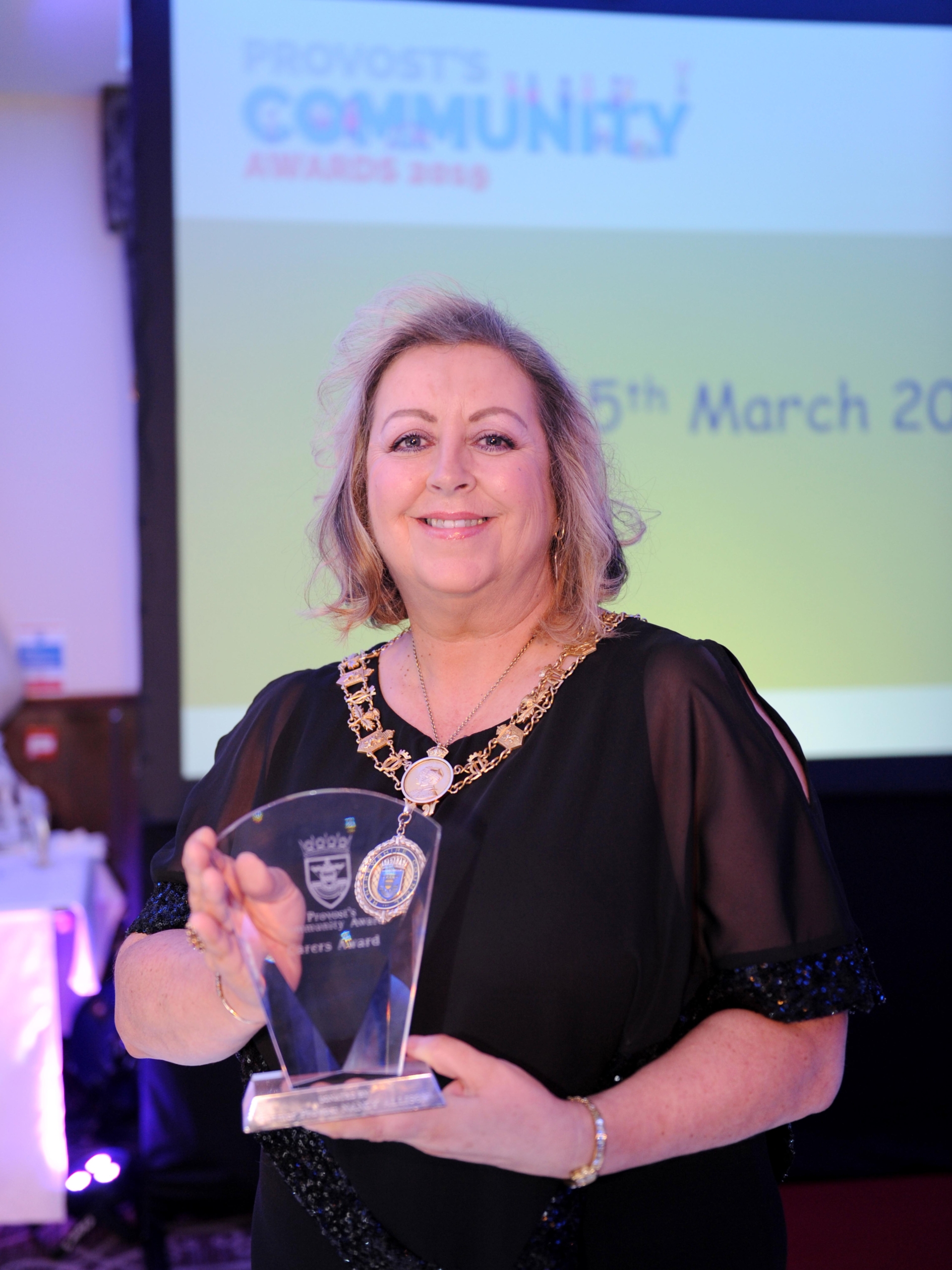 “The work the Erskine Community Garden is a full community effort regardless of what we do, whether in the garden or litter picks, we work as a team to make our community better for everyone.

“When Team Up to Clean Up started, this was something we very much wanted to be part of as the idea of joining with like-minded individuals in Renfrewshire meant we could support, encourage and lend practical help to each other.

“The friendships and links we’ve made with other groups are invaluable.”

The Team Up to Clean Up campaign has benefited from a £2.5million investment in Renfrewshire’s local environment which has seen an increased programme of road sweeping, drain clearing, litter picking and an enhanced Rapid Response Team.

The investment has also facilitated local communities to undertake litter picks by providing them with gloves, litter pickers, bags and hoops, as well as the support of the council’s Wardens Service and StreetScene team who remove all rubbish following the completion of the litter pick.

Councillor Cathy McEwan, Depute Provost and Convener of Renfrewshire Council’s Infrastructure, Land and Environment Policy Board, said: “I’m delighted that both Heather and the Pals of the Privies were recognised at the Community Awards this year and they are both fully deserving of the recognition for the fantastic work they have done.

“They are prime examples of what the Team Up to Clean Up campaign is all about as they take pride in the local community and want to make it a brighter place for everyone to live and work in.

“The difference made to Glencoats Park is extraordinary and Heather has had the same impact within Erskine, and it’s great to see the local community reaping the benefits.

“We’re working hard through the campaign to make Renfrewshire a cleaner, nicer place to live, work and visit and thanks to inspiring people like these, we are making a real difference.”

The awards were chosen by a judging panel made up of the Provost, the award sponsors and various elected members from across all political parties.

For more information on the campaign, visit www.renfrewshire.gov.uk/teamuptocleanup or join the dedicated Facebook group www.facebook.com/groups/teamuptocleanup.

Glasgow News? Daily Updates part of our network
Why A Bitcoin ATM Business May Be Perfect For You

DRTY LUV Live at The Bungalow tonight
Scroll to top