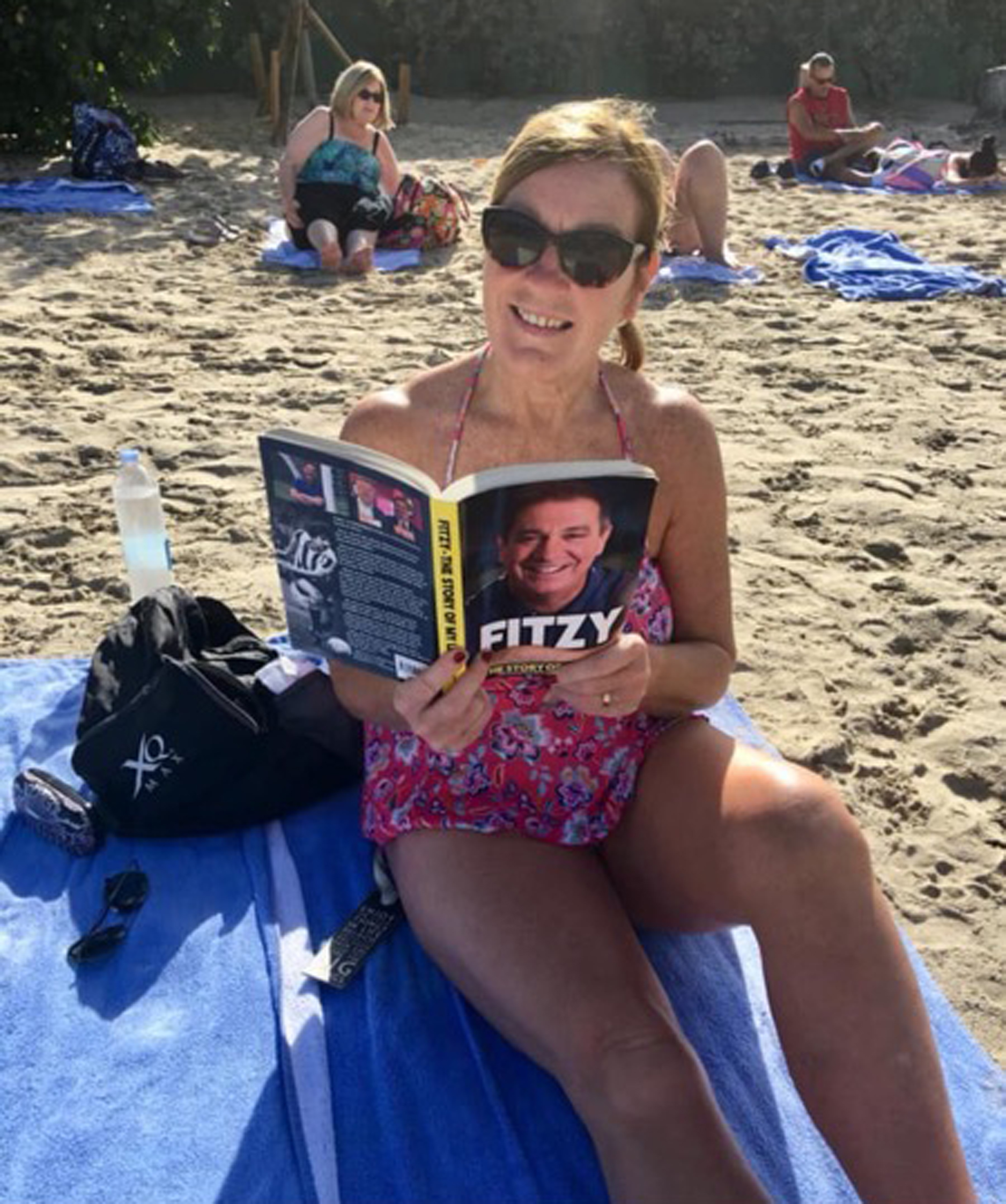 St Mirren football legend Tony Fitzpatrick’s autobiography is being read in all corners of the globe.

He’s been sent photographs of people reading his book Fitzy – The Story of My Life, in faraway places like New Zealand, the Caribbean and Bangladesh.

Tony says he’s been “overwhelmed” by the reaction to his autobiography and people have even been stopping him as he leaves church on a Sunday, at St Mirin’s Cathedral, in Paisley asking him to sign a copy of his book they’d brought with them.

Lifelong St Mirren fan, Richard Bradbury works for the Salvation Army, in Bangladesh and he was sent a copy of Tony’s autobiography. He wrote on Twitter: 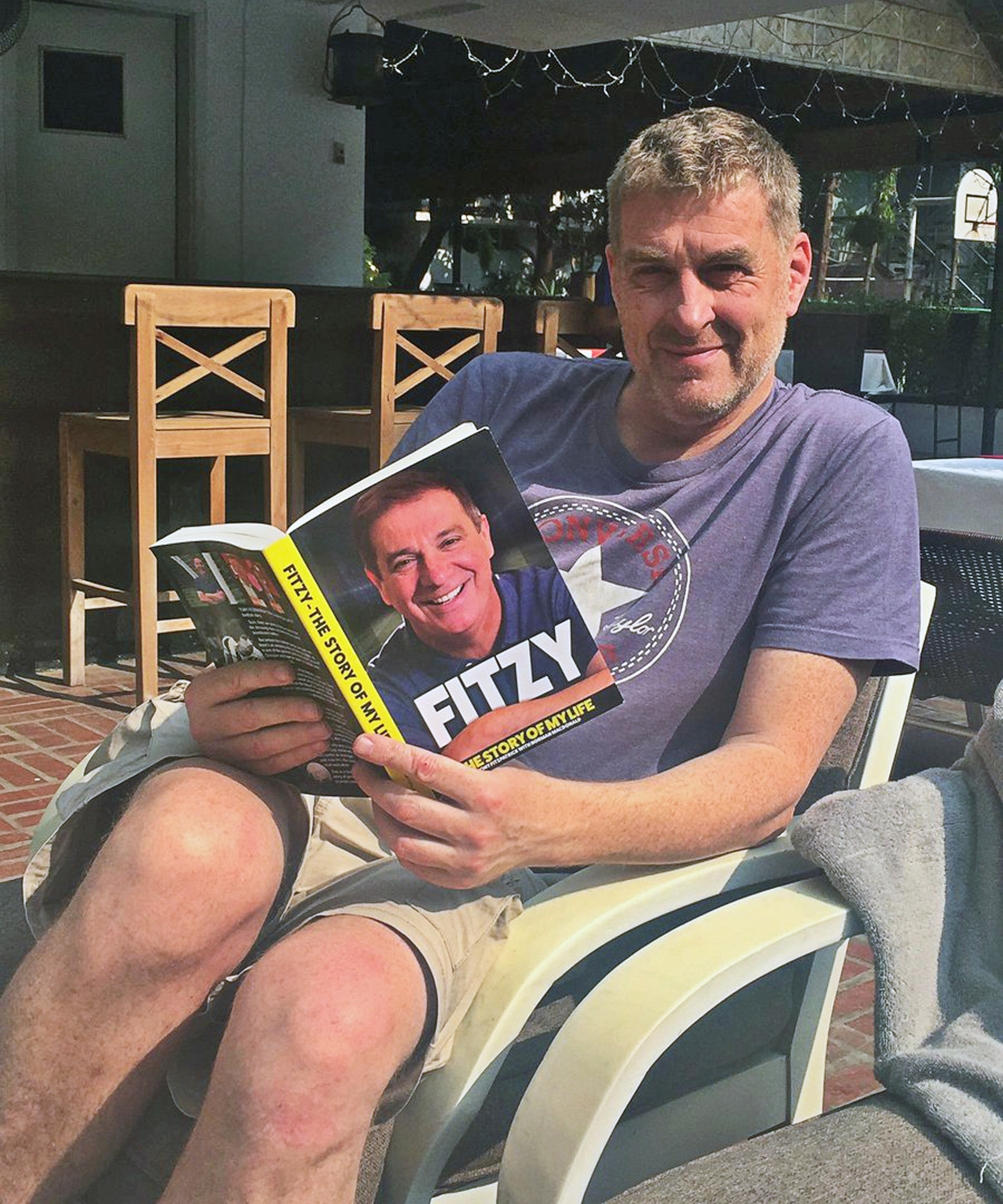 “Fitzy was one of my boyhood heroes following St Mirren. The more I read, the more my admiration and respect I have for Tony. Stories are full of inspiration and motivation.”

Paisley Buddie, Martin Wallace was on holiday in New Zealand and sent home a photo of himself reading Fitzy’s book on the other side of the world. 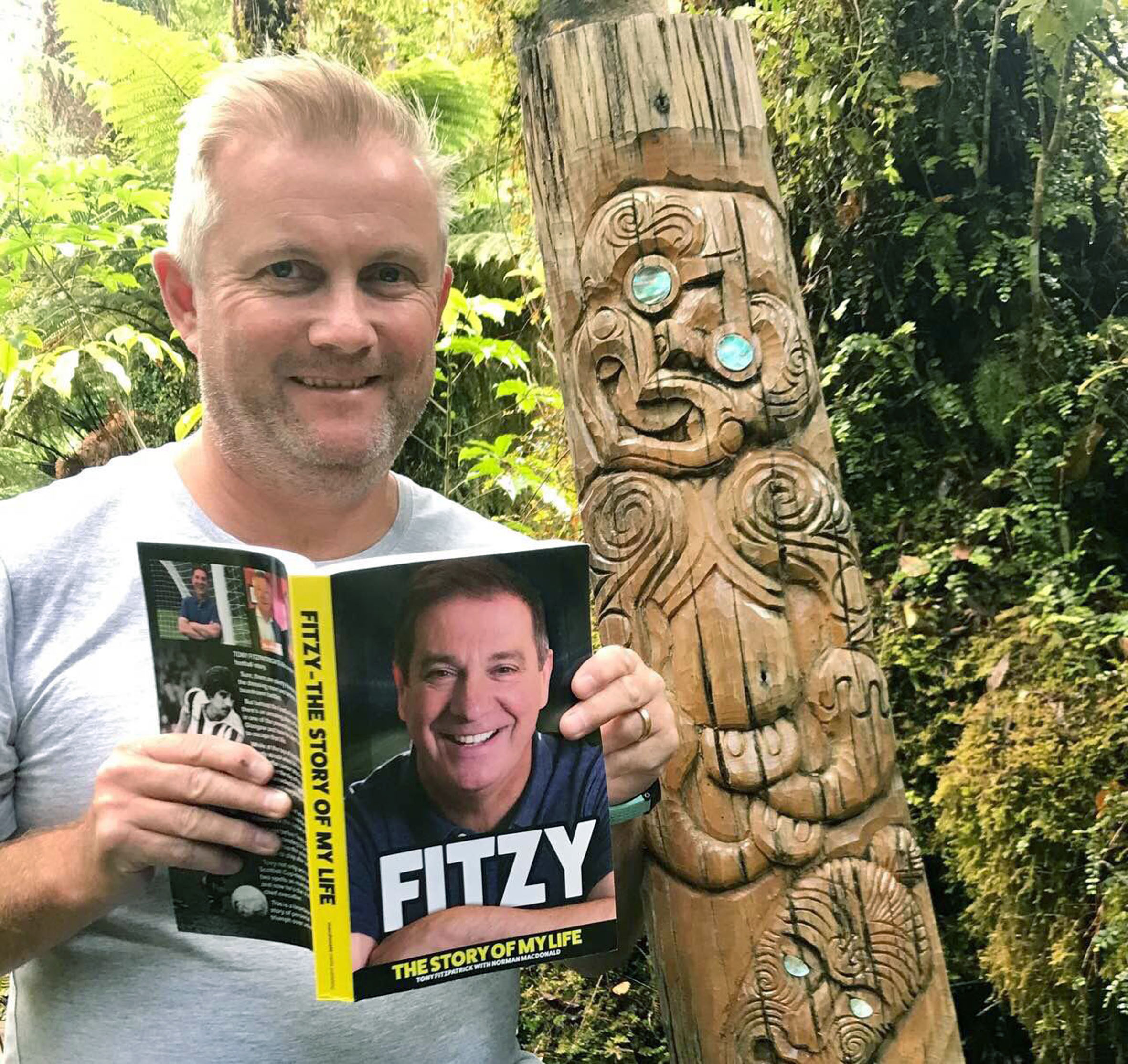 Martin and Rosalind Carr are well-known Saints fans and when they recently went on holiday to the Caribbean, they packed TWO copies of Fitzy’s book in their cases. That was so they could both read the autobiography at the same time as they soaked up the sun. 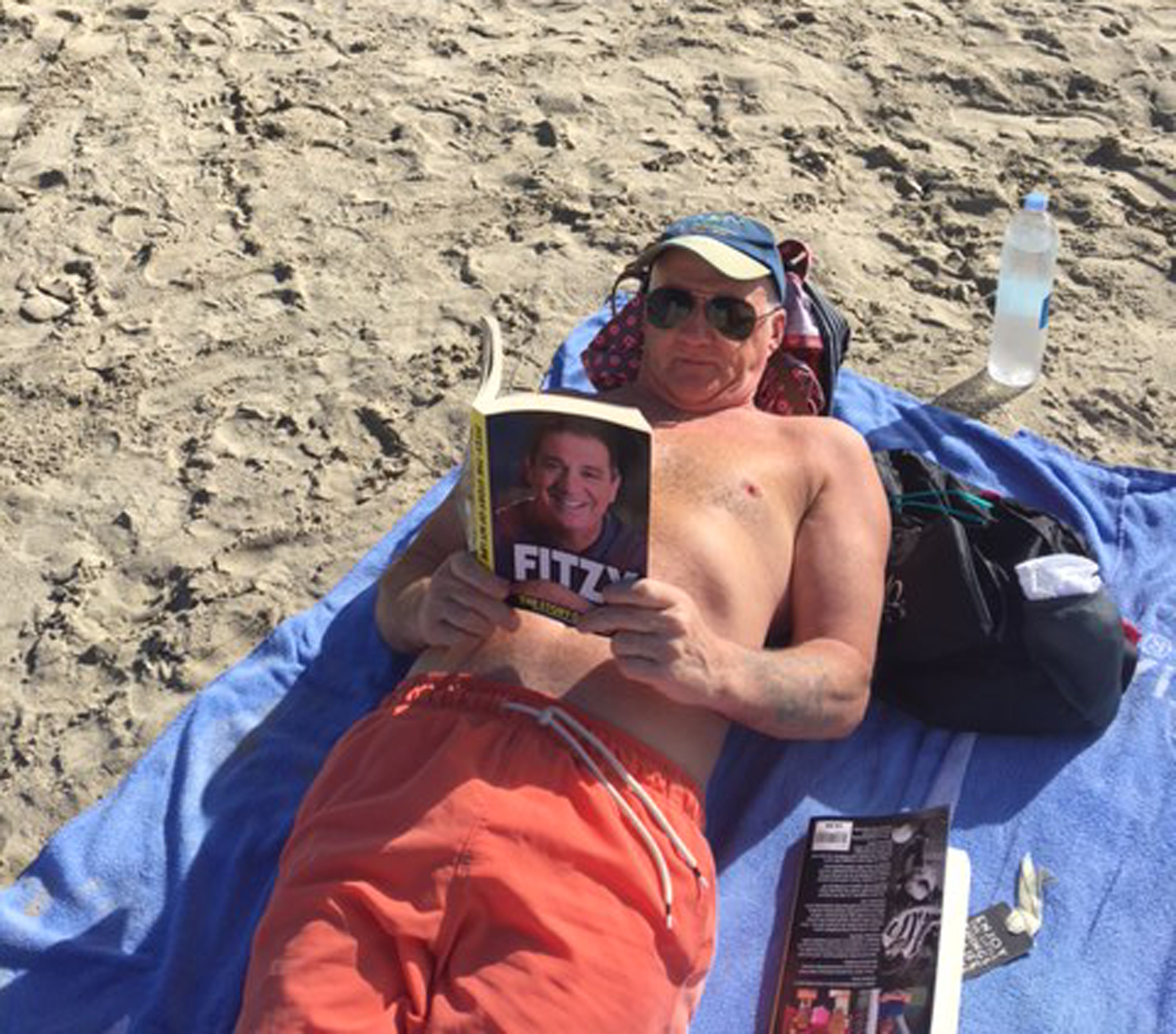 “From the start, it was obvious that Fitzy has lived no ordinary life and the hard upbringing he had brings nothing but admiration for what he has achieved. 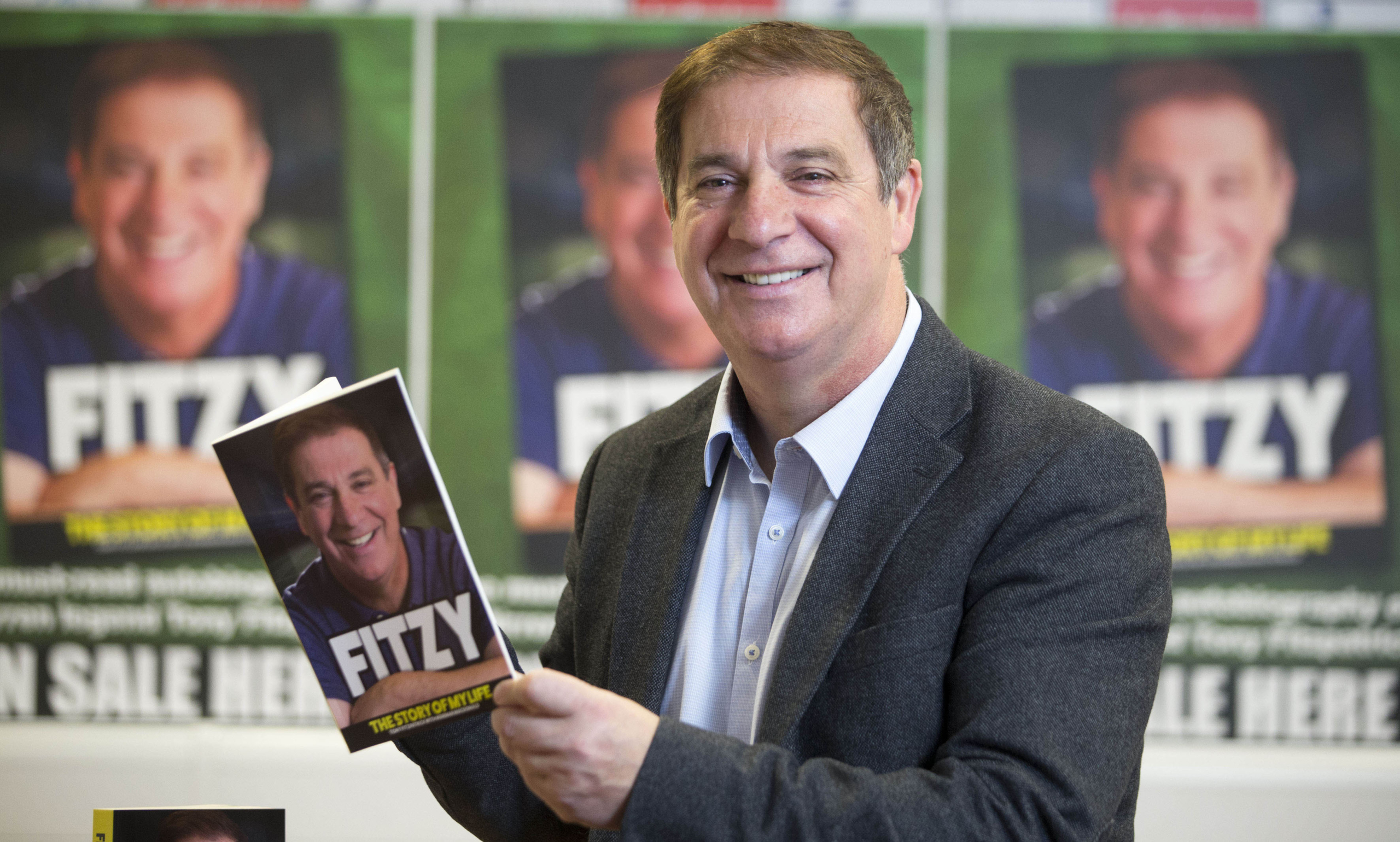 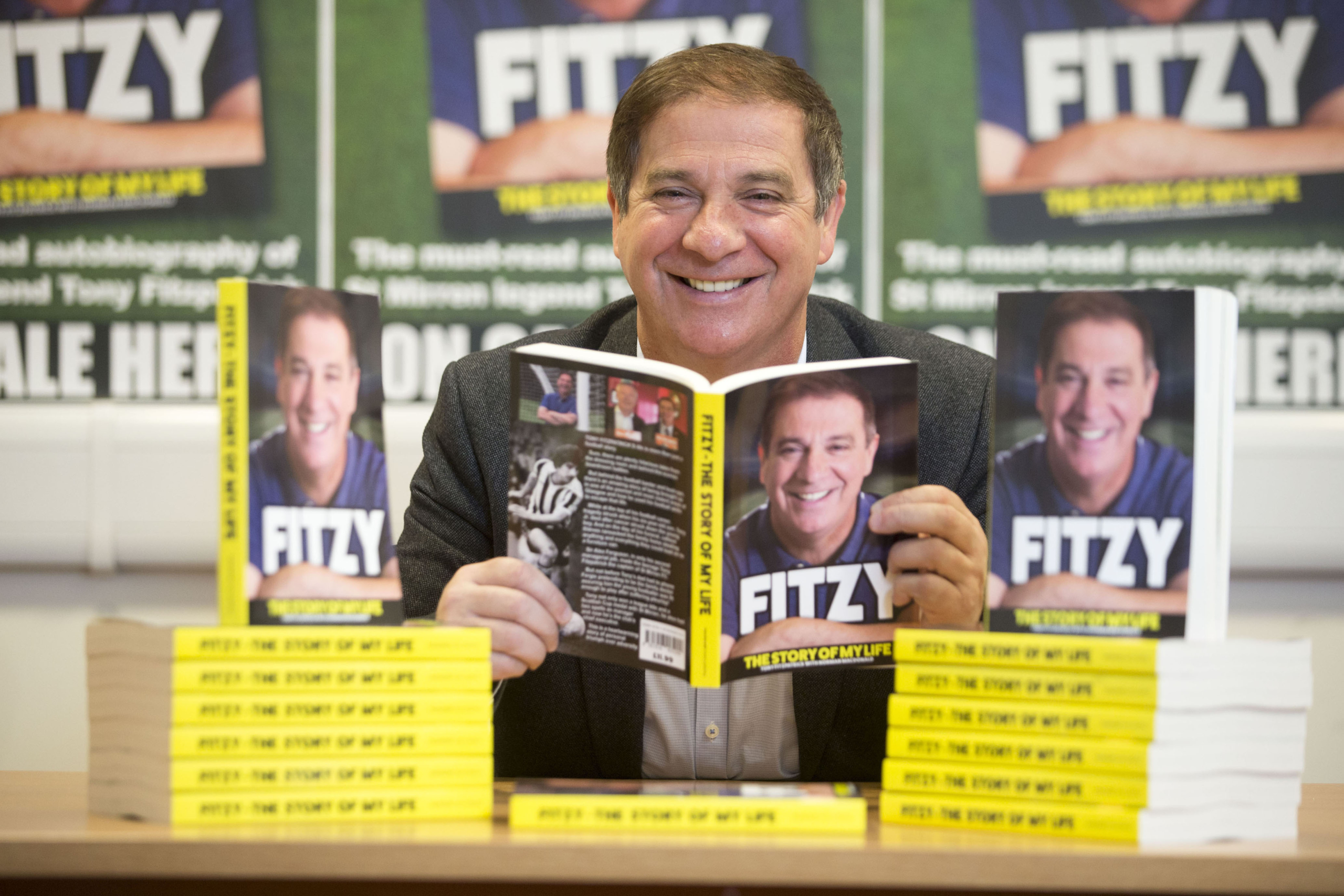 “This book is a real mix of tough stuff, heartache and inspiration – so an emotional roller coaster and well worth a read whether or not you’re a supporter of the black and white.”

People who have bought the book have also been in touch with Tony on social media.

Stephanie Hampsey, from Paisley wrote to Tony and said:

“I would highly recommend the book to anyone.

“Your story proves that you can and will be anything you want in life if you believe in yourself, like you did when you were a child.

“A wee boy from the Possil area of Glasgow now a legend and current CEO of St Mirren Football Club.

A lot of humour and football banter and few surprising stories along the way to keep you wanting to read more.”

And a Tweet from the Rays of Hope cancer support group charity Tweeted: “Great read, takes you through all the emotions, happy, sad, joyful, mad and back to happy again.”

Mark Nicholas posted on Twitter: “Reading the Fitzpatrick book and would highly recommend it.”

Tony Fitzpatrick said: “I’ve been overwhelmed by the reaction to the book especially as people have been saying they have taken inspiration from my life story.

“It’s very humbling to think that by telling my story I’ve been able to help people.

“I’d like to thank everyone who has bought the book and those who have taken the time to contact me and say how much they have enjoyed reading it.”