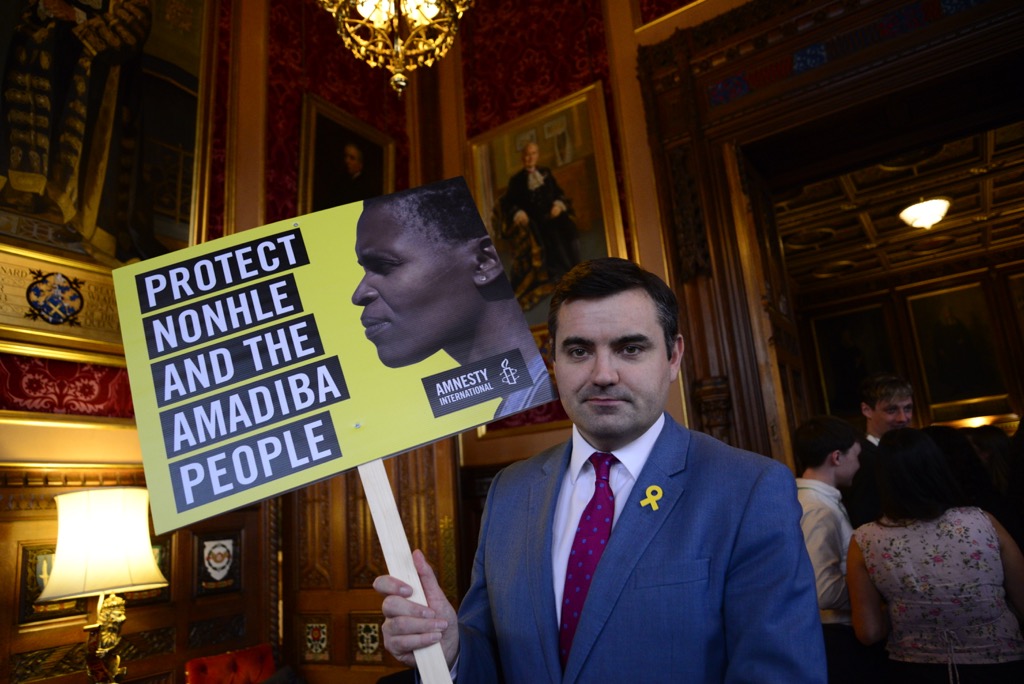 Newlands MP attended Amnesty International’s Annual Human Rights Day Reception on Wednesday (12 December) to show his support for women around the world who are being attacked, threatened and even killed for defending their rights.

The event – which Amnesty hosts annually to mark World Human Rights Day (10 December) – paid tribute to women human rights defenders around the world who dedicate their lives to fight for equality and justice, often at great personal risk. Human rights activists and MPs from across the UK attended and wrote messages of support to end the persecution of women rights defenders from countries including Iran, Indian and Venezuela, as part of Amnesty’s Write for Rights campaign.

This year, celebrations of World Human Rights Day also coincided with the 70th anniversary of the Universal Declaration of Human Rights.

“It was great to join Amnesty International at their event last week, and it clear that remain the world’s leading champions for human rights.

“Human rights must never be taken for granted, and should instead be celebrated alongside the freedoms we have. We should use these to challenge injustice and abuse wherever it is found.

“Female human rights champions are particularly at risk globally. Women who take up activism are brave and the dangers that they face are desperately worrying.

“Amnesty’s Write for Rights campaign is evidence of the change that can be achieved when many people stand together for justice. I hope that my letter, along with those sent by others around the world will send a clear message to governments that human rights defenders must be protected.”

The level of danger facing women activists around the world has reached crisis point. At least 3,500 human rights defenders have been killed since 1998 – an average of 180 deaths a year. This figure is increasing: the latest data shows that in 2017 at least 312 human rights defenders were assassinated, twice as many as in 2015. Women are particularly at threat as they often challenge the accepted gender norms and stereotypes in their society to protest against injustices, which often leads to them being portrayed as ‘criminals’, ‘terrorists’ or as a threat to ‘traditional values’.

Amnesty’s Write for Rights – the world’s biggest letter writing campaign – is this year supporting 12 women or groups of women around the world who are facing abuses for defending human rights. Attendees of Wednesday’s parliamentary event wrote messages of support to these women, including: