A new bridge over the Black Cart will connect cyclists and pedestrians to a major investment area being developed in Renfrewshire.

Councillors on the Communities, Housing and Planning board have given the green light to construction of the purpose-built pedestrian bridge and cycleway at the south end of Greenock Road.

It will provide a safe route for cyclists and pedestrians to cross the busy junction with Inchinnan Road and enable access to a new development site which has already secured significant investment. 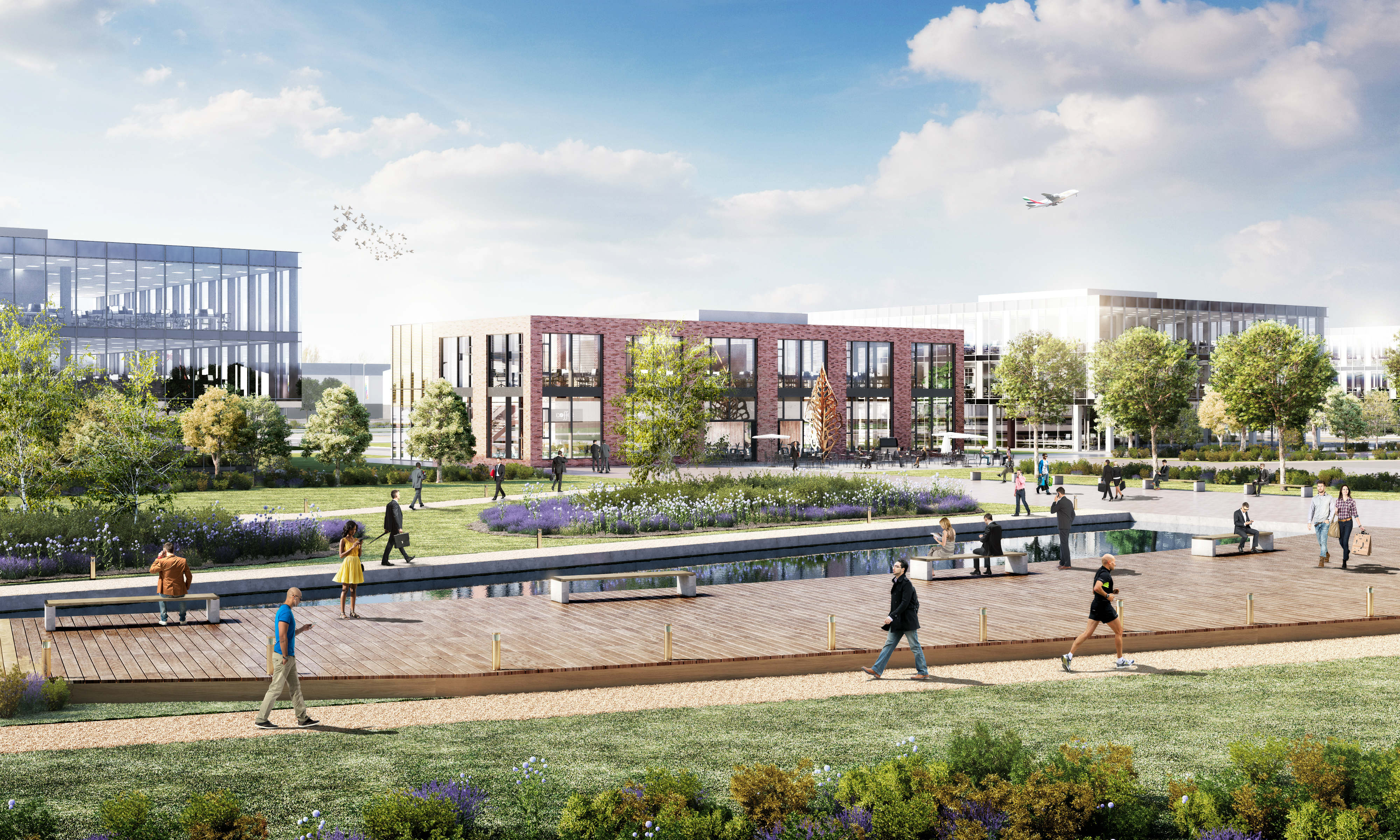 The crossing forms part of the £39.1million Glasgow Airport Investment Area project, funded through the Glasgow City Region City Deal. Planning consent has already been granted for the realignment of Abbotsinch Road and a new link bridge being built over the White Cart.

These infrastructure improvements underpin a 150-acre development site next to Glasgow Airport and enhance connections to the nearby Westway, Inchinnan and Airport business parks.

Two national innovation centres have already been confirmed at the new site, the £65million National Manufacturing Institute for Scotland and the £56million Medicines Manufacturing Innovation Centre, which will be at the heart of an emerging manufacturing district.

It is anticipated the district will create thousands of new permanent jobs and 365 jobs are required during the construction of the City Deal-funded roads, bridges and cycle routes, which is expected to be completed by 2020.

Renfrewshire Council Leader Iain Nicolson said: “Renfrewshire is open for business and this investment in the roads, bridges and active travel around Glasgow Airport will further enhance our potential to attract public and private sector investment.

“For many years now Renfrewshire has played a vital role in Scotland’s manufacturing sector and this is set to grow exponentially as these national innovation centres attract others to base themselves at this fantastic new facility, connected by air, sea and land.

“Not only will this project enable the continued growth and expansion of the airport and surrounding businesses, but it will also help to make Renfrewshire a more attractive, vibrant and sustainable place to live and work. Communities and businesses will be better connected, resulting in more employment opportunities for residents in Renfrewshire and the wider City Region.”

Public feedback signalled strong support for the Glasgow Airport Investment Area, with 94 per cent backing the plans during extensive engagement over the last two years.

It is one of three projects in Renfrewshire funded through the £1.13billion Glasgow City Region City Deal, an agreement between the UK Government, Scottish Government and eight local authorities across the Glasgow City Region to deliver improved infrastructure, create new jobs, tackle unemployment and drive innovation and growth.