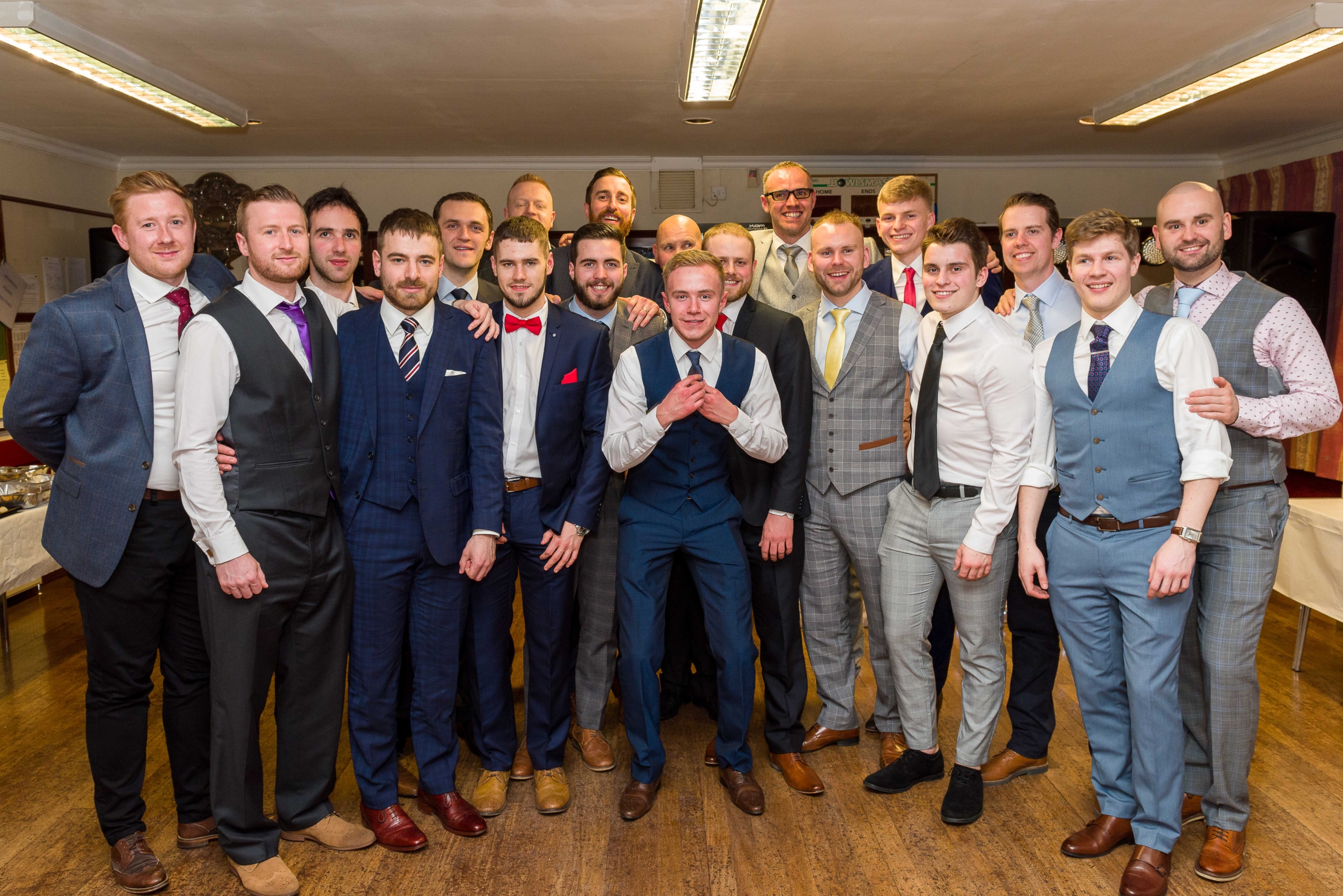 Its the eagerly awaited get together that Paisley Pirates fans always look forward to and once again Priorscroft Bowling Club, a stones throw from the Pirates former home rink at the Lagoon Leisure Centre in Paisley was the venue. A mixture of players, back room staff, match night volunteers and fans gathered to pay homage to all those that helped contribute to campaign that saw the reigning SNL Champions miss out on regaining their title, agonisingly so, on goal difference. They were also narrowly defeated in the Scottish Cup Final as well as being end of season play off semi finalists. Pirates coach Ian Turley was far from downbeat about his teams fine season and time and again during the evenings proceedings gave great credit to his young teams efforts. He said:

“My fellow coach Adam Walker and I were under no illusions that we were very much involved in a transitional season. A rebuilding period, if you like. We lost quite a few of last seasons roster for one reason and another and with a limited pool of players to choose from, we went about shaping a squad that would buy into the Paisley Pirates way. We wanted players that were going to commit to our training regime, that were willing to listen and learn and wanted to win. We weren’t setting unattainable targets but we did expect our players to have a pride in their performance, week in week out”

“At the Paisley Pirates we pride ourselves, while being an amateur club, in running our operation on as professional a basis as possible. There are aspects to our operation that  many of our rivals do not have. From our ticketing staff, stewards, tuck shop and first aiders, to our off ice crew of goal judges, penalty bench staff, score sheet and time keepers and our match night announcer, its an operation we pride ourselves in. We also with the help of our videographer George Monaghan have unrivalled match footage as well as post match interviews which are often as not online via PiratesTV on You Tube within a couple of hours of the match ending. All these things we hope, go some way to attracting new players and new fans. They see what is on offer and like what they see. As for the season just past, Adam and I have been delighted with what we have achieved. To have come so close in the chase for the league title and to lose out on goal difference, while hard to take, has exceeded our expectations. We saw the disappointment on our players faces after the 6-6 draw with Dundee Comets but that speaks volumes for our players attitude as much as anything.  We want the boys to go away this summer, enjoy their break and come back with the will and desire to do even better”

Pirates management while acknowledging their players efforts also wanted the chance to thank their army of volunteers for their contributions to the season. Before the players awards were announced, each individual volunteer was presented with a memento by way of a thank you from the club. To a man, woman and child, the volunteers were clearly delighted with the clubs acknowledgement of their efforts. And so it was onto the main business of the night….

It was down to Marie Cadenhead of the supporters club to kick things off with the Jim Liddell Supporters Club Player of the Year award. Up stepped the tallest man in the room, Richard Thorp to collect that particular award to loud applause from his teammates and his many fans. Clearly a popular choice.

It was then Coach Ian Turley’s turn to take over the microphone. After presenting each and every player with an award for their season-long efforts, he then went on to announce the 5 remaining categories. In no particular order they were:

MVP for the season: Martyn Guy

There was also a special award for “volunteer of the season” which went to Pirates official videographer George Monaghan. An award, it must be said, which was very popular amongst all those present.

Lastly, it was also time to acknowledge the eight year contribution to the Pirates cause by the retiring Calum Blair who was leaving to train as an airline pilot. With his proud parents looking on, he was presented with a framed collage of photos from his time as a Pirate as well as a game jersey to keep. As the likeable big lad stood up to make a speech a few fans started to sing the theme from the “Dambusters” Clearly some of the older Pirates fans had come out for the night….

As always, finally, all that was left was for the players to pose for photos, sign jerseys and photos  and talk at length to their many many admirers. Something that has become a well known trait of every player in the Pirates organisation down the years. The management and coaches didn’t have to cajole the players into doing it. Clearly these young men look upon it as a pleasure and one small way to repay the faith shown in Captain Chris Turley and his team mates by their adoring fans. Season 2018/19? Bring it on…….

Glasgow News? Daily Updates part of our network
Women on Their Secrets to Success