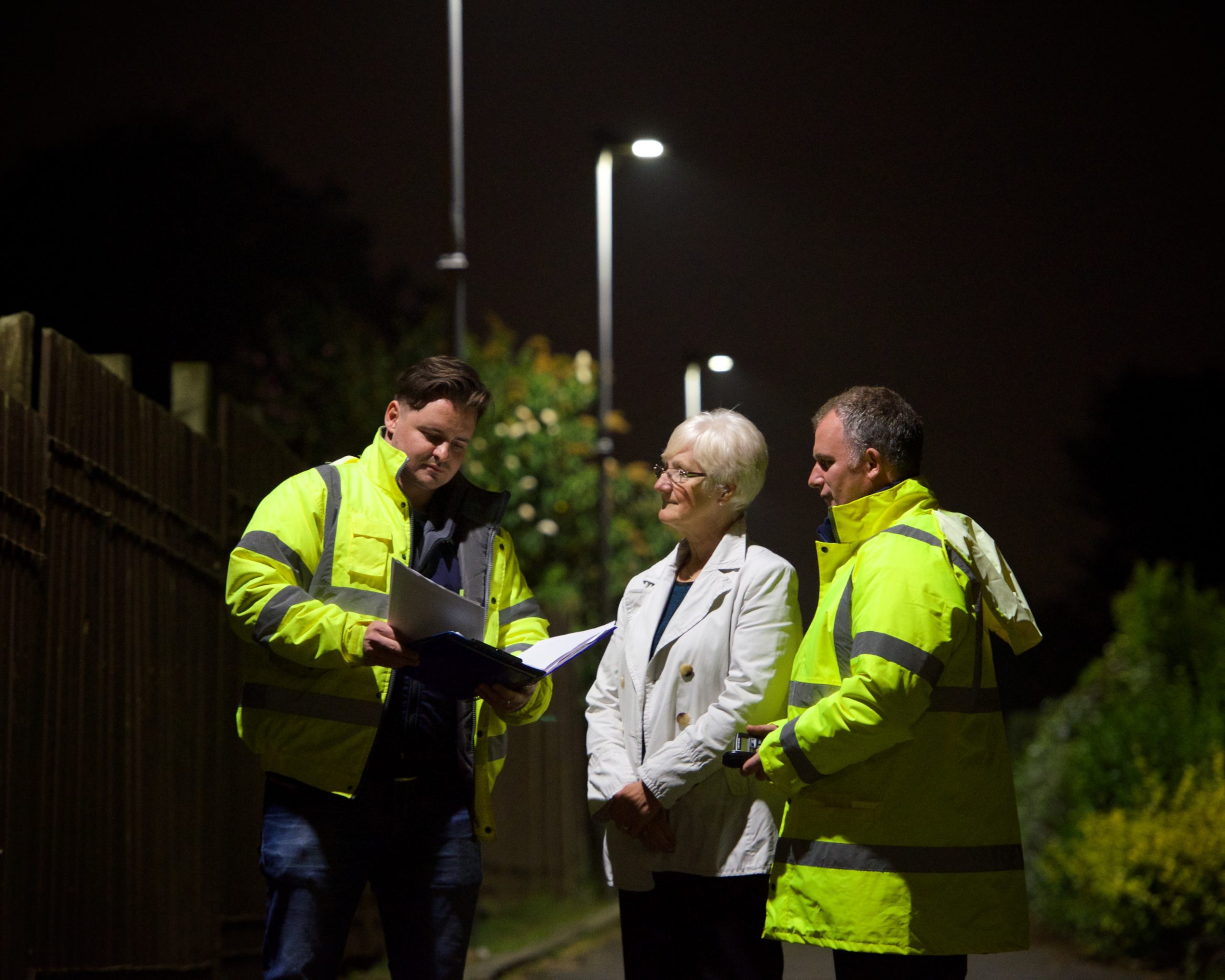 An £11million investment in street lighting in Renfrewshire is set to deliver an annual saving of £1.3million in reduced energy, carbon consumption and maintenance costs.

More than 30,000 street lights have been converted from sodium lanterns to more energy efficient LED lanterns, which have a longer lifespan of up to 20 years and lower carbon output.

The changes are on course to bring a significant annual saving which will meet the target agreed in Renfrewshire’s Street Lighting Improvement Strategy.

The conversion has also removed the risk of the council being unable to source sodium lights after manufacture of components ceased during 2017, with the production of lamps set to end in 2020 as part of the European Union Energy Saving Directive.

Two independent audits have been carried out to assess the quality of work and the levels of lighting, with the results showing they greatly exceed the British minimum standard required.

Councillor Cathy McEwan, Convener of Renfrewshire Council’s Infrastructure, Land and Environment Policy Board, said: “We have made a significant investment in the street lighting across Renfrewshire to ensure that the streets are safe for our communities, while also achieving a significant reduction in our carbon consumption.

“The new lights will help the Council make a significant saving which can be reinvested in other areas while still providing high quality street lighting across the area.

“The independent audits which have taken place show that the lighting levels greatly exceed the British minimum but we can assure residents that we will carry out any corrective works which are needed should they feel their street has an issue and they should report these via our website.”

The programme is scheduled to be 97% complete by February 2018, with further remedial works to be completed in early in the year.

Year of Young People ambassadors help shape the ‘once in a life time’ year...
Scroll to top