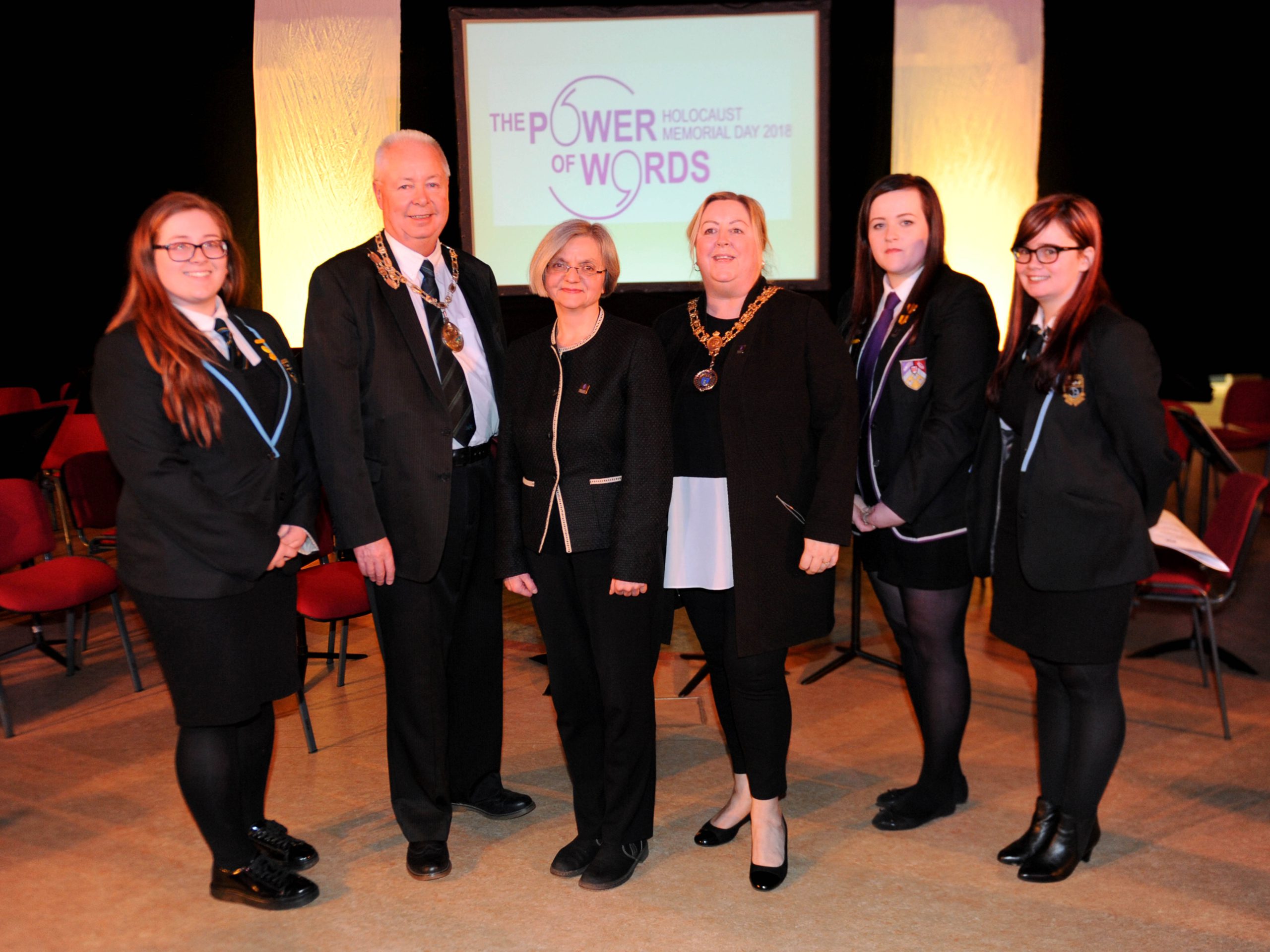 Pupils from schools in Renfrewshire and East Renfrewshire joined together to mark Holocaust Memorial Day with a special service at St Ninian’s High School.

Members of the community were invited to pay their respects to those lost during the Holocaust, and all subsequent genocides since, ahead of the national day on Saturday 27 January.

The national theme for this year’s Holocaust Memorial Day is ‘The Power of Words’, and focuses on the propaganda utilised during the Holocaust and how it can relate to the words that are used today.

Guests were welcomed to the event with performances by the Renfrewshire Council Traditional Musicians and the East Renfrewshire Schools Senior String Orchestra.

Dr Elwira Grossman, Lecturer at University of Glasgow, was invited to speak at the service and outlined the story of Janusz Korczak and the Children of the Warsaw Ghetto Orphanage, where Janusz refused the offer of safety and remained with the children as they were sent to Treblinka extermination camp.

Pupils from Linwood High gave a moving performance around the theme by using quotes from the past through to the present to show the influence that words can have in framing people’s views.

Barrhead High School pupil Kirsty Robson, spoke of her experience as a Holocaust Educational Trust Ambassador and how she is helping to educate her peers on what happened during the Holocaust and what can be learned from it.

“This service not only gives the community a chance to pay their respects, it also ensures our school children learn about the horrific events of the past and the pupils involved put on fantastic, moving performances.

“We will continue to honour those who have been lost and I would encourage everyone to pay their respects on Saturday when Holocaust Memorial Day takes place.”