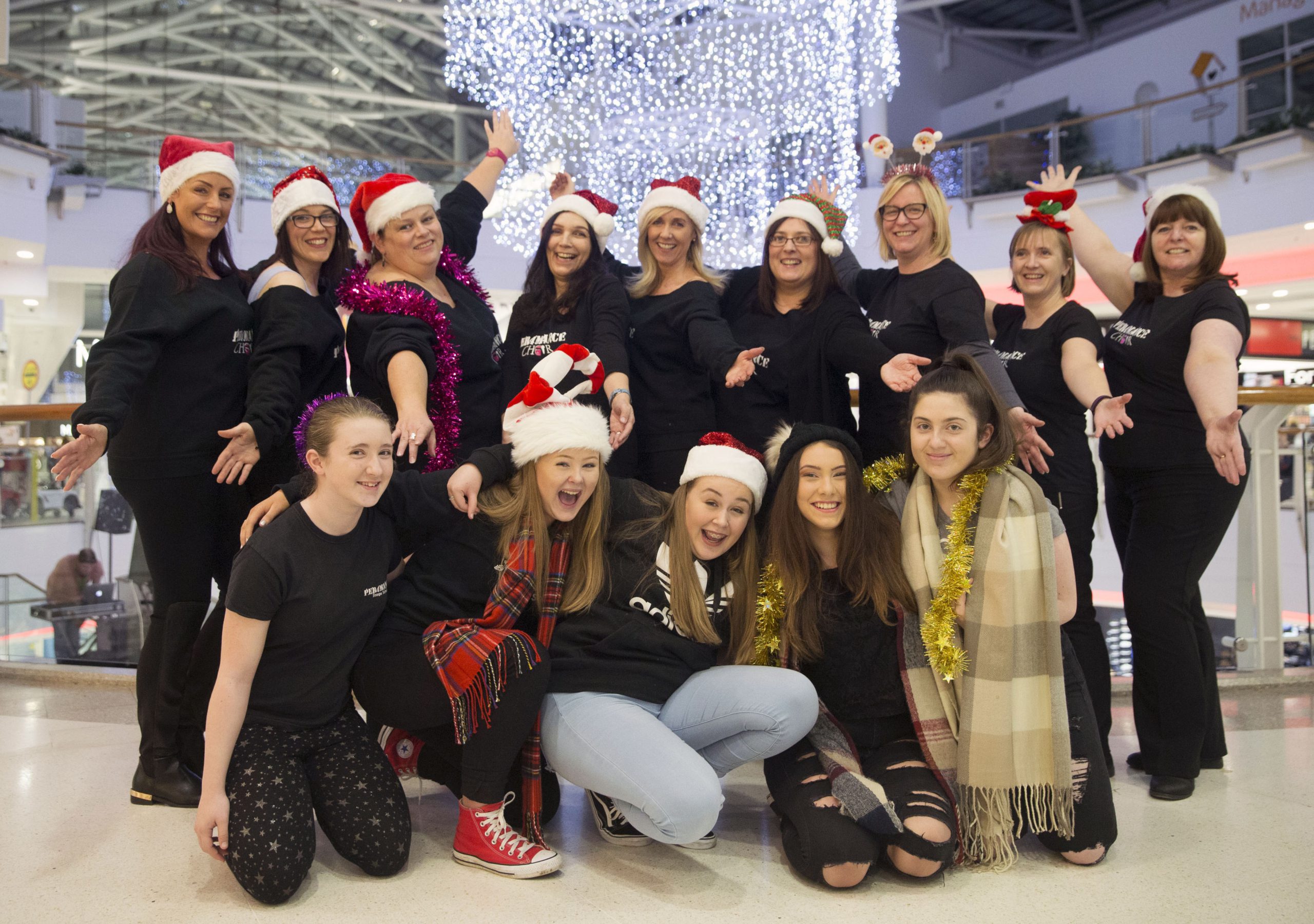 IS THIS THE HAPPIEST CHRISTMAS SONG IN THE WORLD? Musicians, musicologists, composers and choirs have come together to create the happiest Christmas song ever to bring some extra festive joy at intu shopping centres nationwide in the lead up to Christmas.

The three minute track has been created as part of intu’s pledge to make shoppers smile and features sleigh bells ringing in the chorus and 21 mentions of the word ‘Christmas’ – proven to evoke happiness in people. It was recently performed by Splash Productions Choir at intu Braeehad shopping centre. 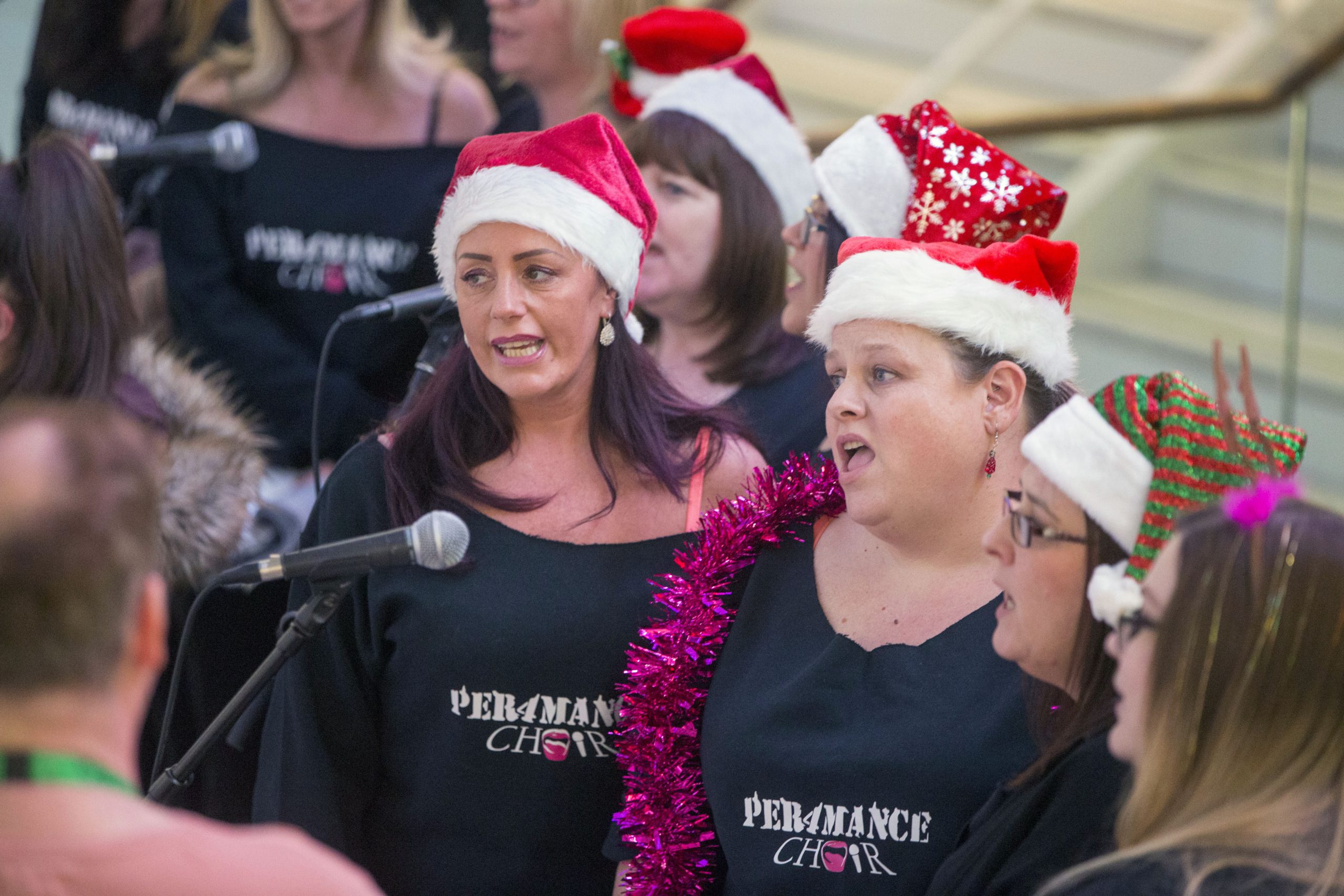 The guide to writing the happiest Christmas song was developed by musicologist Dr Joe Bennett, who analysed the lyrical theme, tempo, musical key and vocals of 200 Christmas hits from Mariah Carey to Slade. The key attributes of the ultimate Christmas cracker include lyrical references to partying, Santa, snow, home, peace and love, sleigh bells in the chorus, a major key and an average tempo of 115 beats per minute.

‘Love’s Not Just For Christmas’ was co-written by British songwriter Steve Anderson – who has written and produced a stream of major hits for artists including Take That, Britney Spears, Westlife, Leona Lewis and Kylie Minogue – and singer-songwriter Harriet Green.

It has been recorded by the London Community Gospel Choir, who have previously sung with artists including Madonna, Blur and George Michael, and is being released on Spotify today. The song will also be played at  intu’s retail and leisure destinations around the country in the lead up to Christmas to inspire the nation to ‘Get Christmassing’.

Marketing manager at intu Braehead, Christine Macdonald said: “Music and festive songs are a huge part of the excitement and build up to Christmas and we wanted to find a way to make the shopping period an even happier one for intu shoppers.

“We were fortunate enough to work with some of the best Christmas songwriters around and we hope the in-centre performances from up and down the country bring a bit of added festive joy to shoppers and raises a smile for everyone that visits.”

Dr Joe Bennett said: “There is no simple formula for a successful song, and in practice songwriters combine their own experience, musical skills and personal creative preferences when writing. But we can infer listeners’ favoured song characteristics by analysing the most popular recordings – in this case, Christmas songs. In ‘Love’s Not Just For Christmas’, Steve and Harriet have done an amazing job, weaving together these musical elements into a really enjoyable, happy festive song that combines classic themes with their own original ideas.”

Steve Anderson said: “Over the years I have been lucky to enough to have written and produced Christmas tracks and albums for a number of artists including Kylie, Susan Boyle and Harriet, who co wrote this song with me. Hopefully we’ve risen to the challenge and provided a song people will love not only this Christmas, but for every Christmas to come.”

As part of the research to create the world’s happiest Christmas Song, Mariah Carey’s All I Want For Christmas Is You was revealed to be the most popular Christmas song in the UK, ahead of Last Christmas (Wham!), Fairytale of New York (The Pogues) and Merry Christmas Everyone (Shakin’ Stevens). Others in the top ten included Do They Know It’s Christmas (Band Aid) and I Wish It Could Be Christmas Everyday (Wizzard). Despite pipping it to Number One in 1973, Slade’s Merry Xmas Everybody ranked 11th, just outside the top ten.

THE TOP 10 MOST POPULAR CHRISTMAS SONGS

To listen to the song please visit https://intu.co.uk/christmas. You can also search for ‘Love’s Not Just For Christmas’ on Spotify and it is also available to stream on iTunes and Amazon Music.

Final messages of support pour as Paisley waits on UK City of Culture 2021 ...
Scroll to top
Go to mobile version