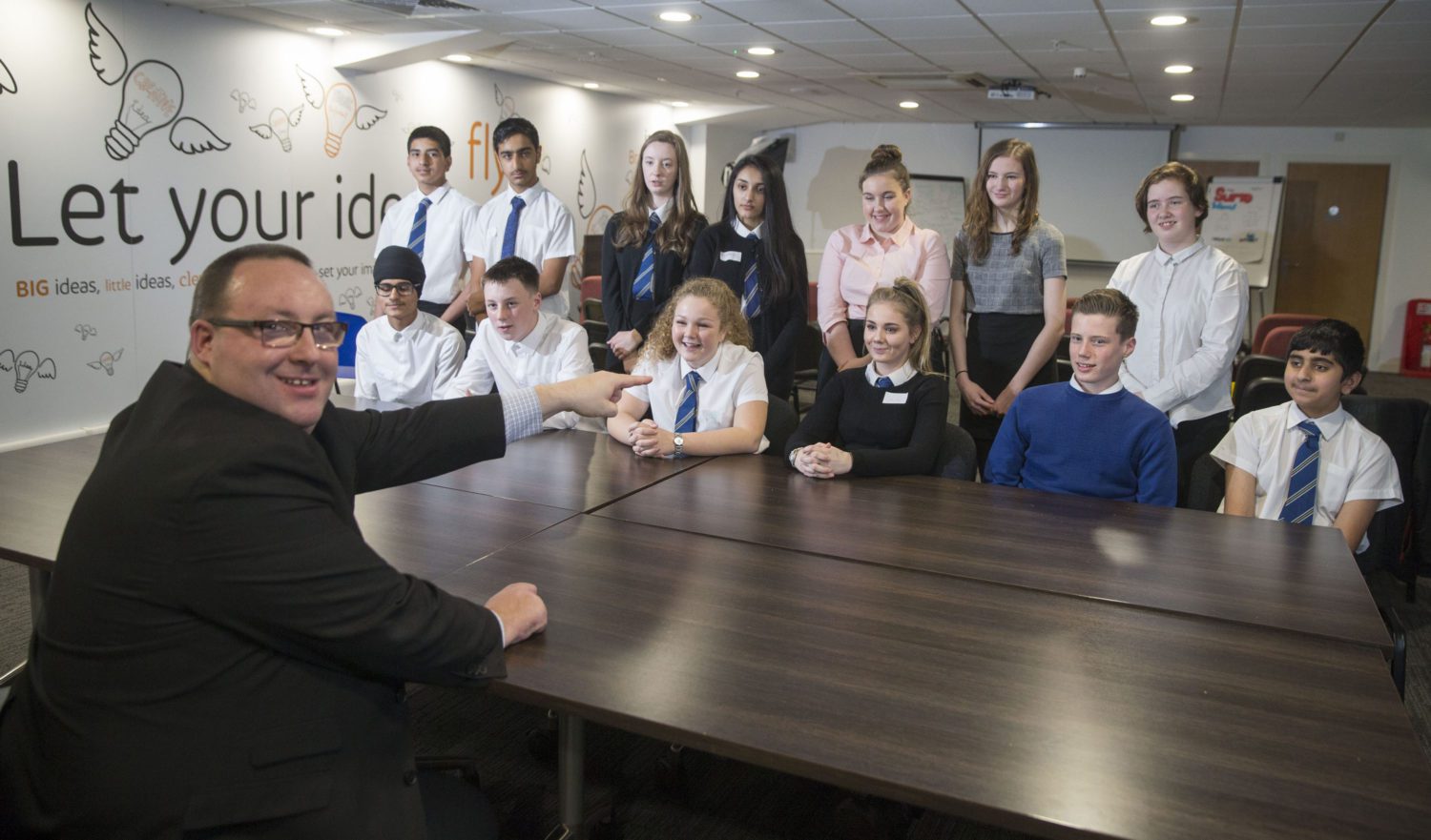 STUDENTS from Renfrew High School have taken part in an Apprentice-type challenge at intu Braehead.

The third year pupils were tasked with coming up with an idea for a new event for 12 to 16 year olds, which could be staged at the retail and leisure destination and develop a promotional campaign to attract customers.

The students spent two days at intu Braehead and just like the TV show featuring Lord Alan Sugar, were split into two teams competing for the top prize.

The group calling themselves the Dream Team came up with a series of themed music events and their rivals, Quality Business pitched the idea of Sumo Wipeout, which would have competitors dressed in a sumo wrestling suit, tackling an obstacle course.

A panel of judges voted the Quality Business team’s Sumo Wipeout the winner, as their ideas to attract customers included giving ten per cent of the proceeds to the Water Aid charity, everyone buying a ticket would get a discount when they bought trainers from one of the mall’s sports shops and there would be a £20 intu Gift Card prize for the person completing the course in the fastest time.

The next stage is for both teams to join forces and turn the Sumo Wipeout idea into reality with the event being staged later this year with the help of staff from intu Braehead.

The joint initiative between Renfrew High and intu Braehead was part of the national Retail Matters Week campaign. This aims to to celebrate and showcase the talents of those who work in retail and the careers available in that sector.

Chairman of the judges panel, intu Braehead operations manager, Paul Lucas said: “Both teams showed great enthusiasm, initiative and creativity and we were very impressed about how they went about their task.

“But just just like Lord Sugar can only pick one winner, we had to do the same and I was able to point the finger at the Quality Business team and tell them – You’re Hired!”

Head teacher at Renfrew High, Billy Burke said: “This project with our partners at intu Braehead exceeded our hopes and expectations. The young people embraced and relished the opportunity to work in the business world and the intu team was superb with them.

“I am really grateful to all involved. They have helped create the model for the future expansion of the project, and have set the bar very high indeed.”

Jack Arbuckle, the winning team leader said: “While participating in the event at intu Braehead we managed to learn about business, team working and also how much work goes into a business. I and everyone else here are excited to be doing the event for real at intu Braehead.”

Cara Jordan, the runner up team leader added: “I felt excited to be part of this and I loved working in a proper business team.

“It let me show my leadership skills, and I can’t wait to be part of a real events team at intu Braehead.”
Caroline McColl, Renfrew High’s Employability Coordinator said: “This was an exceptional experience all round. What started as a discussion became a reality beyond expectations.

“Thank you to intu Braehead for their time, effort, hospitality and wealth of experience.
“ Not only did our S3 pupils experience the world of work in real life, they are now going to be part of it in full technicolour, when they organise and manage the winning event alongside the management team at intu Braehead.

“Our young people have been given a glimpse into their possible future success and I’m so excited to see how their employment future unfolds. I am just so proud of Renfrew High’s young people.”