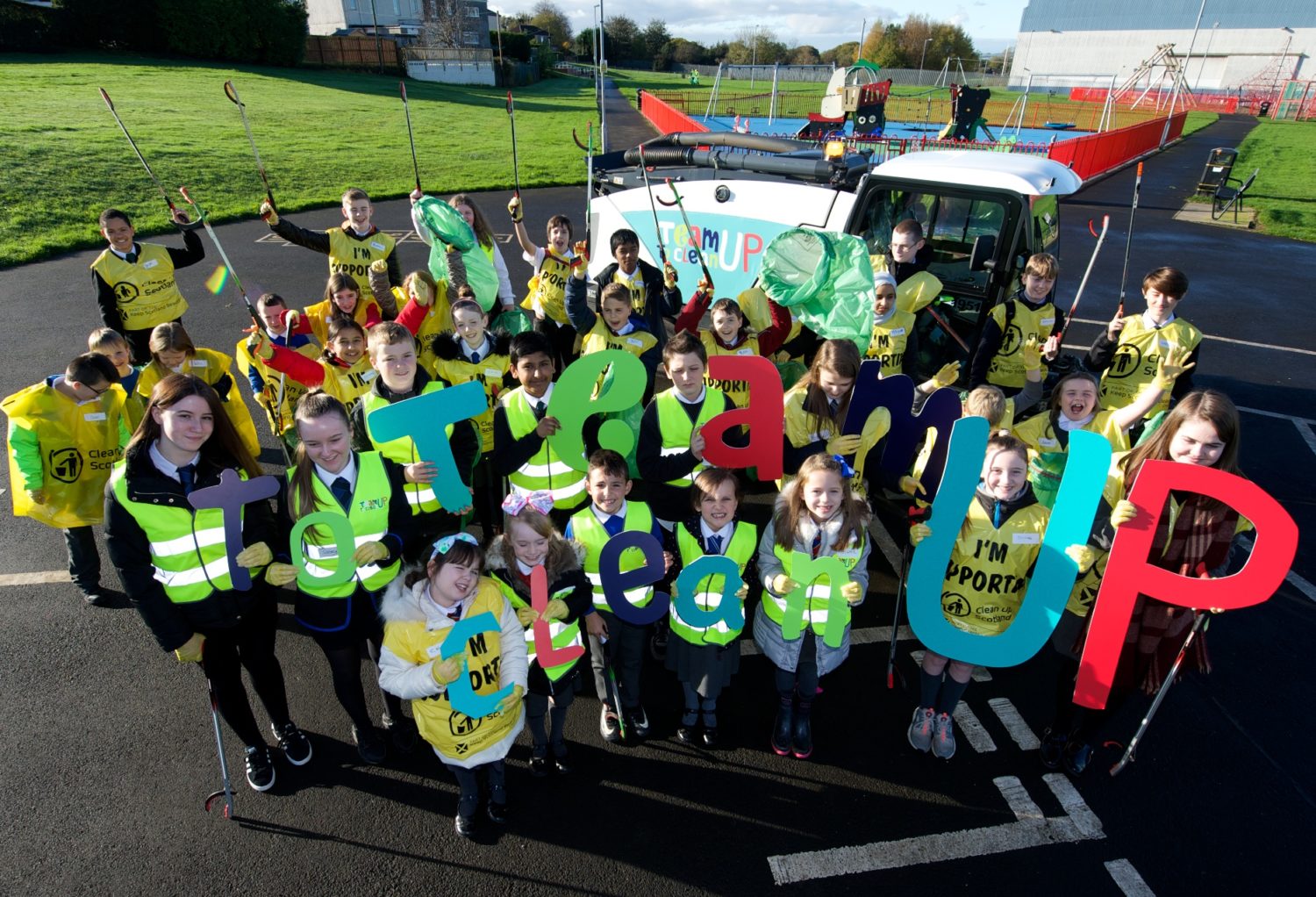 Renfrewshire’s Team Up to Clean Up campaign is brightening up the environment in more ways than one after the launch of its new brand took place in Renfrew.

Local school pupils, community members, partners and the council joined together to launch the new brand which aims to broaden the appeal of the campaign and encourage the community to get involved in their area. 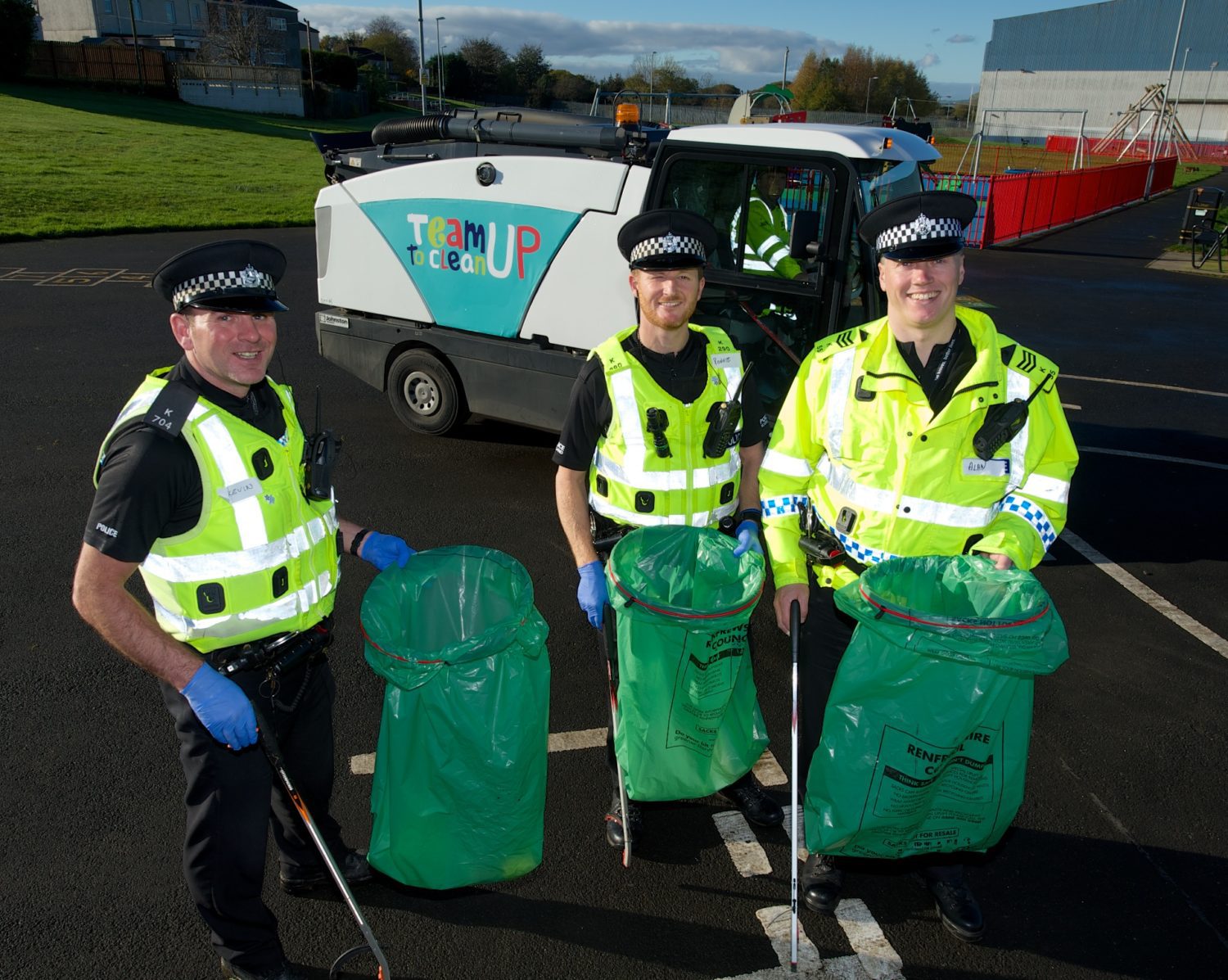 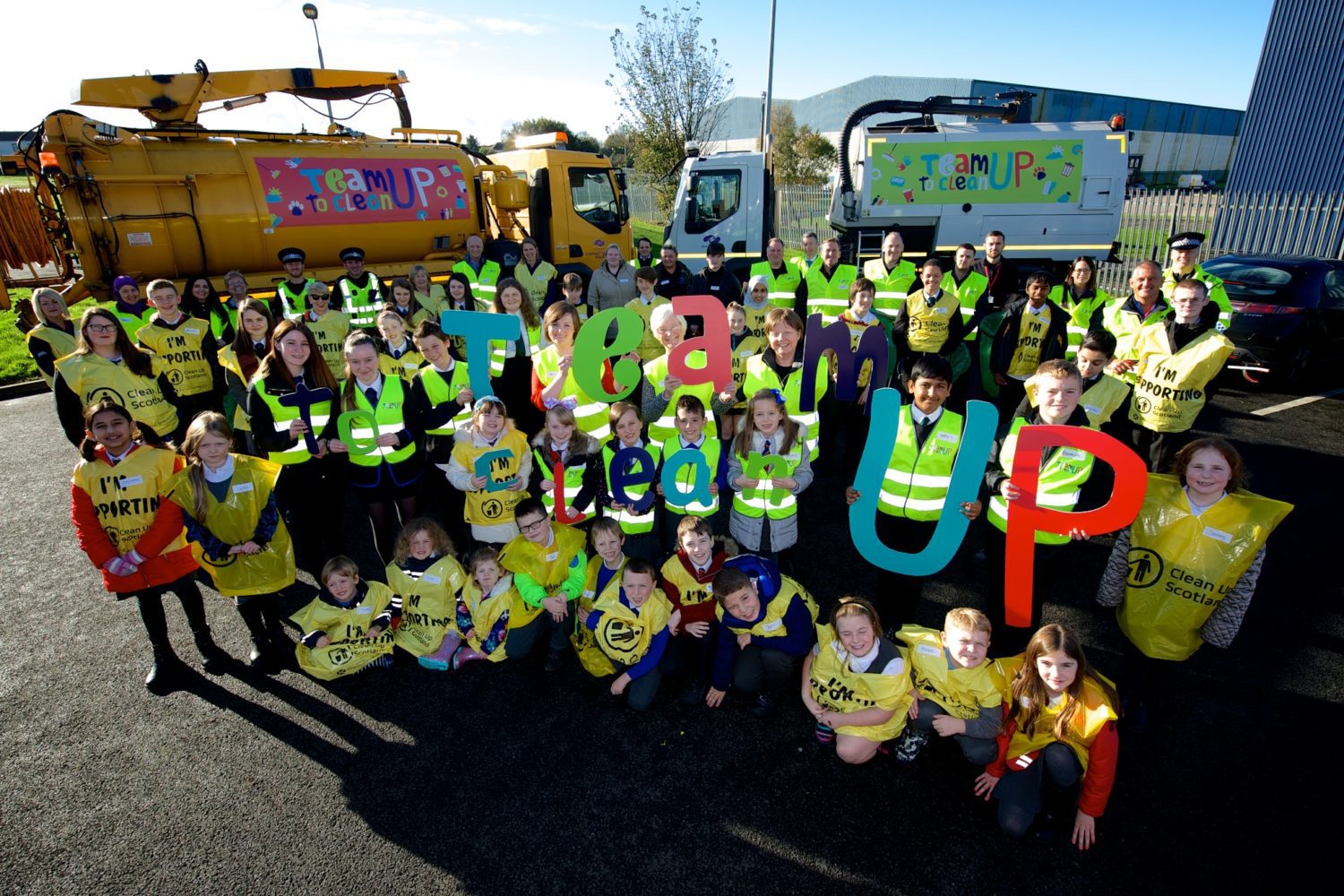 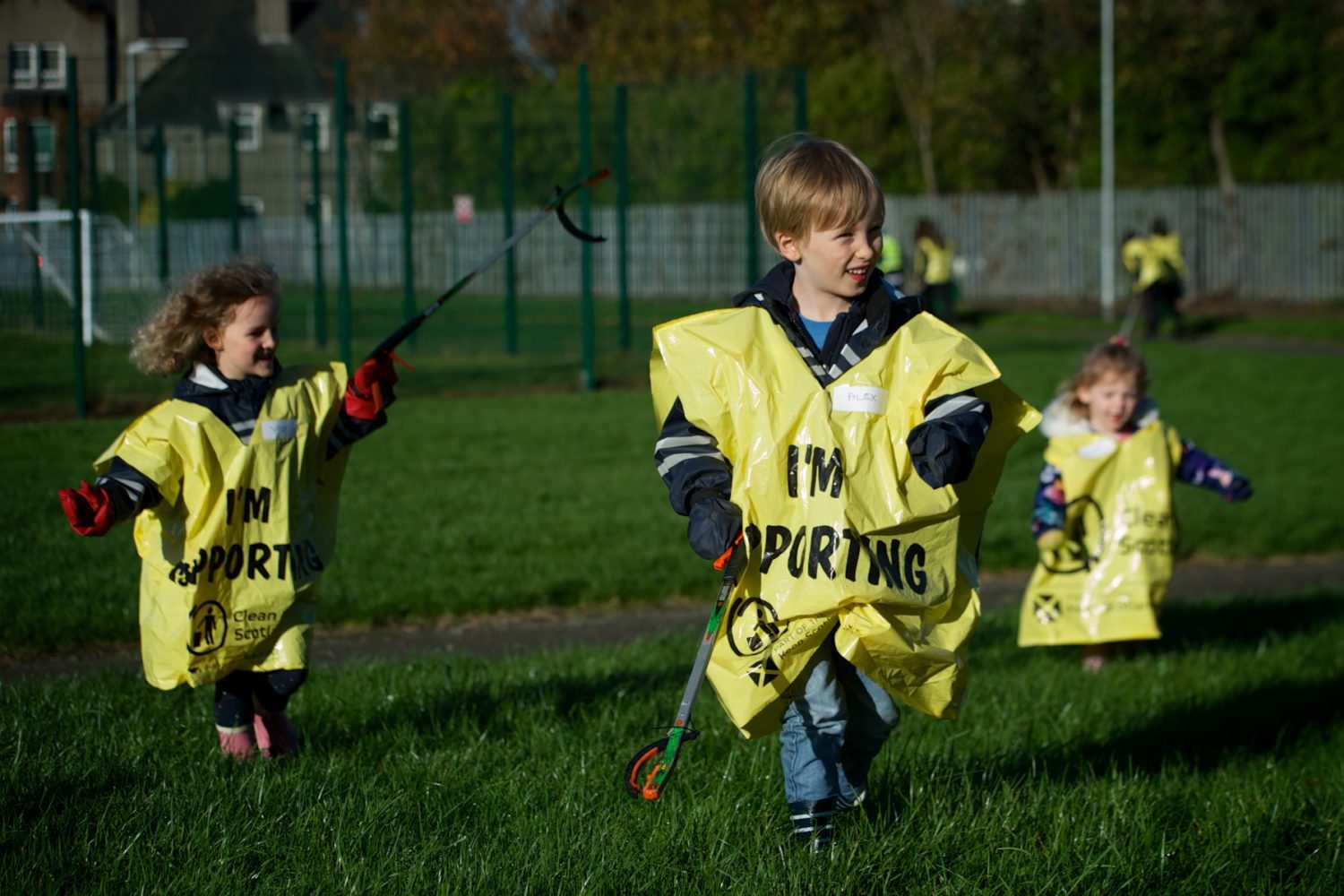 A series of engagement sessions took place with communities throughout Renfrewshire to help contribute to the development of the new Team Up to Clean Up brand.

The brand uses bold, bright colours and icons indicative of clean up activity to make the campaign immediately recognisable as it aims to inspire a sense of civic pride across Renfrewshire.

Members of the community will be able to access materials to promote the campaign in their area including branded posters, leaflets, as well everything they need to host a successful clean up event, namely high-viz bibs, litter pickers, hoops, protective gloves and bin bags.

Councillor Cathy McEwan, Convener of Renfrewshire Council’s Infrastructure, Land and Environment Policy Board, said: “I’m delighted that the new brand has been launched as it gives the campaign a real sense of identity and character.

“We are already seeing a fantastic response to the campaign with community groups across Renfrewshire getting out and taking part in clean ups of their local areas, which is already making a visible difference to our environment.

“We are also continuing with the increased gully cleaning, road sweeping and litter picking activity which is ensuring that we as a Council are working together with the community.

“It is important we keep moving forward with the campaign so please make the most of the new brand materials, get involved in the campaign and let’s continue to make Renfrewshire a cleaner, more attractive place to live, work and visit.”

The campaign has seen the council make a £250,000 investment in changing the appearance of Renfrewshire’s environment through a joint approach from the council and the community.

It encourages those in Renfrewshire to take part in community clean ups, think about their recycling habits and be responsible dog owners, while the council has increased a number of cleaning services to ensure a two-way approach is maintained.

The launch took place at recently redeveloped Knockhill Park in Renfrew, an area which exemplifies the power of civic pride as the local community strives to keep the area clean and tidy to complement the new equipment housed in the park.

Maggie Laird, Chairperson of Friends of Knockhill Park, said: “A local park which is cared for, such as Knockhill, is a fantastic asset for any community and gives kids a free, clean and safe environment to play in.

“I think the new campaign is a great idea as it will make people appreciate and take ownership of their local areas which will make Renfrewshire a better, more attractive place to live.”

While the launch was taking place, officers from the Community Safety team undertook litter talks at Renfrew High to encourage pupils to take pride in the area around their school and recognise that littering is unacceptable.

The campaign aims to encourage both young and old to think about the effect they have on the environment and challenges them to consider what they can do to make Renfrewshire a better place.

You can find out where our gully cleaners, road sweepers and litter pickers will be each week, as well as how you can get involved in the campaign, by visiting www.renfrewshire.gov.uk/teamuptocleanup.