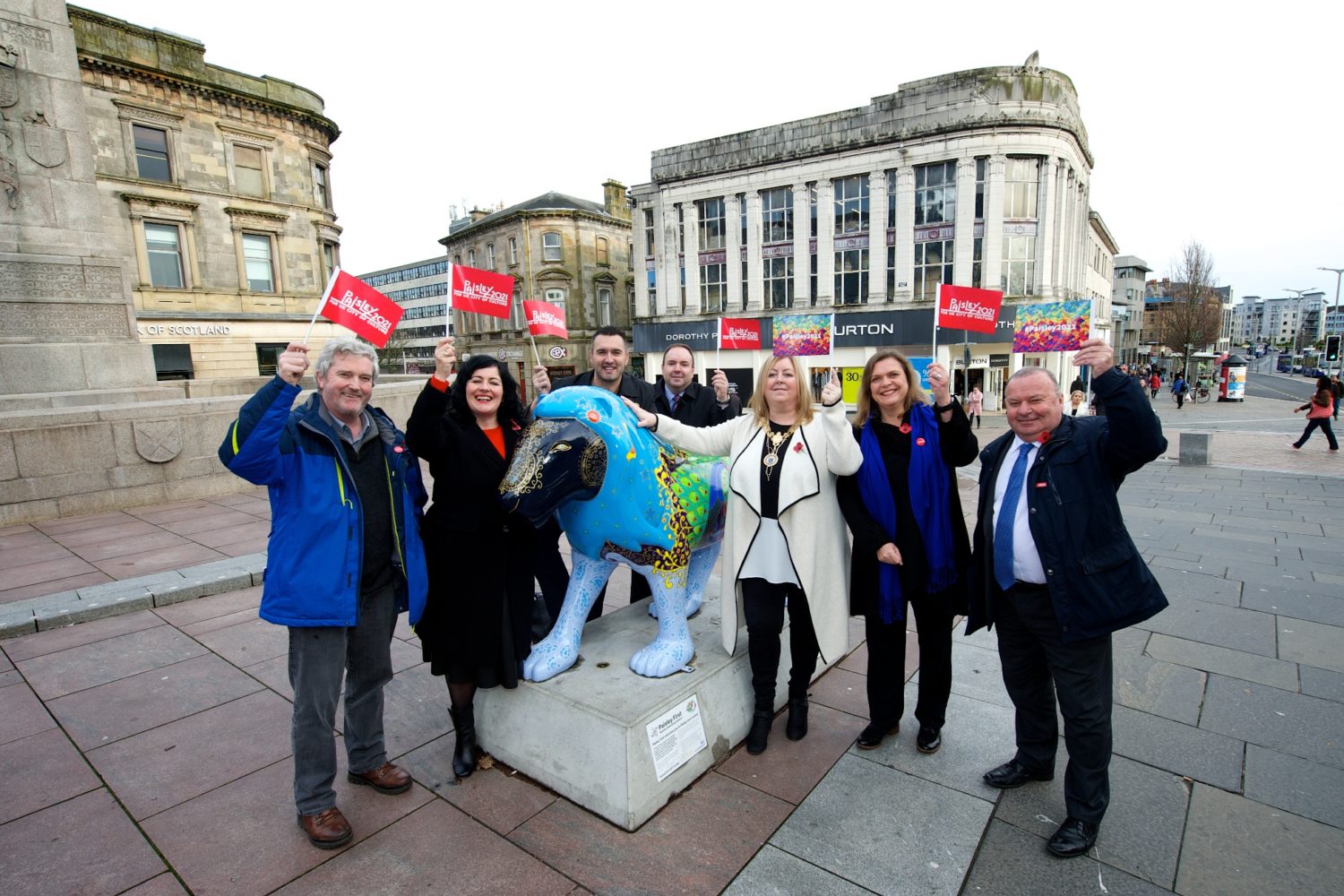 Paisley First, the organisation which represents hundreds of local businesses, has backed the town’s bid to be named UK City of Culture 2021.

The non-profit organisation set up to deliver a Business Improvement District (BID) in the town centre, has joined a wide range of companies who have agreed to provide funding should Paisley take the title.

The group works with more than 600 businesses from within Paisley town centre, including both property owners and commercial tenants.

Paisley 2021 Bid Director Jean Cameron said: “The response we have had from businesses both locally and with international links has been phenomenal and we are delighted to welcome Paisley First as one of our valued sponsors.

“It works for and on behalf of literally hundreds of local businesses and so to have a commitment from them just shows the scale of the support for the bid as we head towards a decision.

“Local businesses recognise both the economic and cultural benefits of a winning bid, not least the extra footfall it would bring to the town centre.

“ Since Hull took the title in 2017, it has seen £1bn of investment with the city attracting 1.4m visitors in just the first three months of the year.”

The UK Government’s Department for Digital, Culture, Media and Sport is due to announce the UK City of Culture 2021 winner next month. The other shortlisted contenders are Coventry, Stoke, Sunderland and Swansea.

Renfrewshire Provost Lorraine Cameron also welcomed the latest sponsor and added: “It’s great to see an organisation with the reach of Paisley First locally come on board as we head towards a decision on UK City of Culture 2021.”

Paisley First, which drew an estimated 20,000 people with its Pride of Paisley public art trail last summer, has also launched its new Makers Space as part of a plan to boost creativity in the town’s artisan sector

Paisley First Chairman, Ian Henderson, said: “There is a real feeling of positivity on the streets of the town centre and this is in no small part due to the success of Paisley being shortlisted for the UK City of Culture 2021.

“Everyone at Paisley First is working hard to help confirm Paisley’s reputation as a business location and further enhance the town centre as a visitor destination.

“It’s vital that all businesses work together now to support the Paisley 2021 team as they enter the final stages in their bid to be appointed UK City of Culture – what a boost that would be for the town.”

Leading science company Thermo Fisher Scientific, Paisley based Mac Asphalt and Clark Contracts and the Renfrewshire-based Scottish Leather Group have all also thrown their weight behind the bid.

Renfrewshire Chamber of Commerce, Morrison Construction and the Gordon Leslie Group have all also pledged their support to back the town’s ambitions.