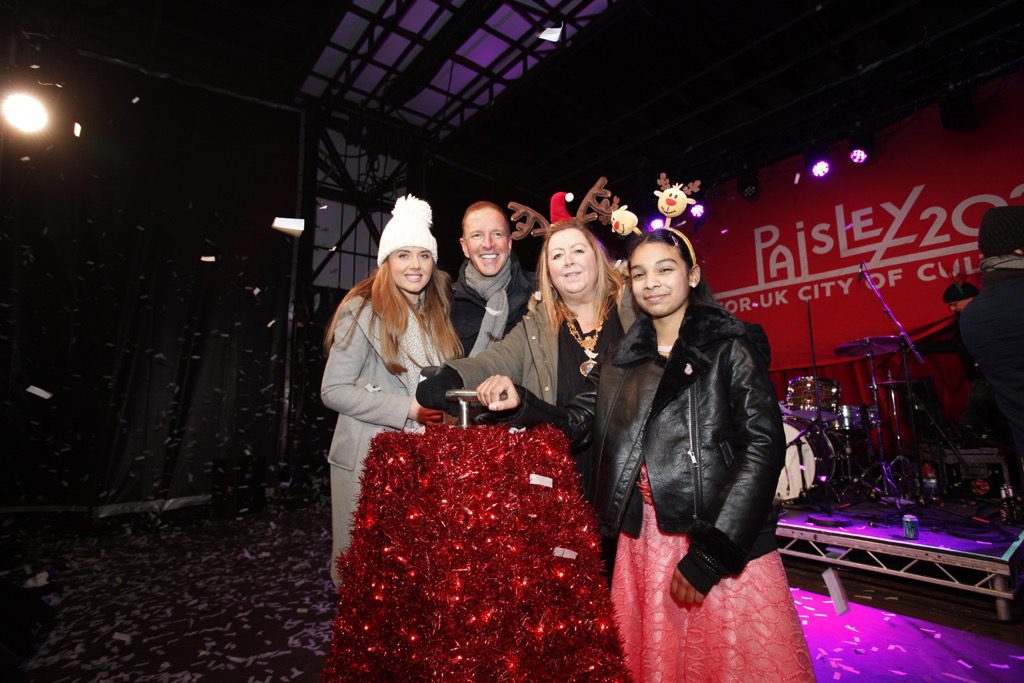 Almost 25,000 festive revellers turned out for Paisley’s annual Christmas Lights Switch-On, as the town prepares to hear whether it will be named UK City of Culture 2021 next month. Headliners were Northern Irish rockers Ash, who marked the start of the festive season with a performance of hit after hit that thrilled the assembled crowds.

The switch-on is the latest event in Paisley’s Winter Events season, itself part of a wider programme in the town’s UK City of Culture 2021 bid.

Festive fun seekers enjoyed a host of free family entertainment earlier in the day, including the famous Reindeer Parade down High Street. 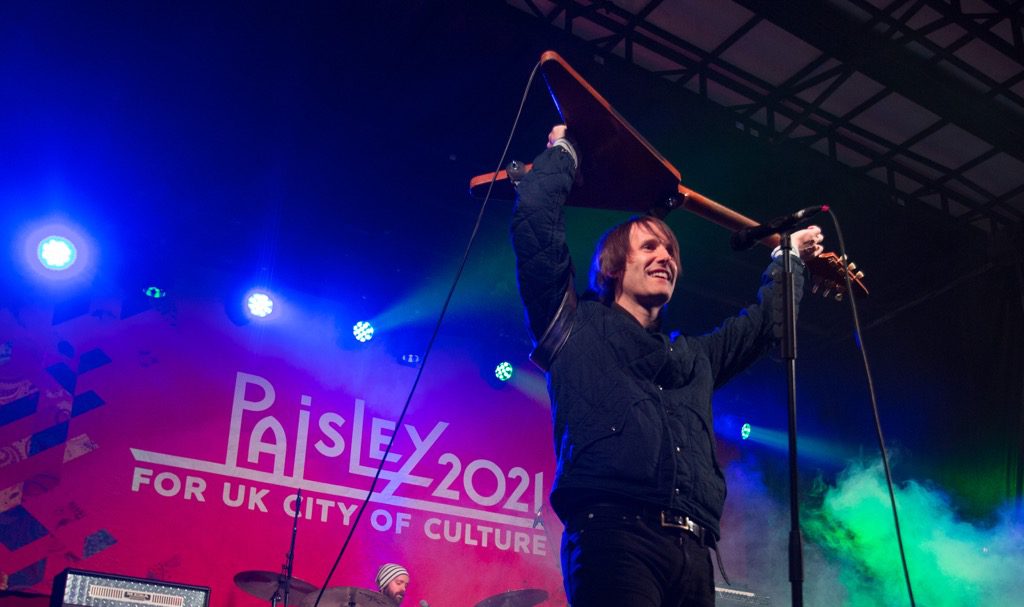 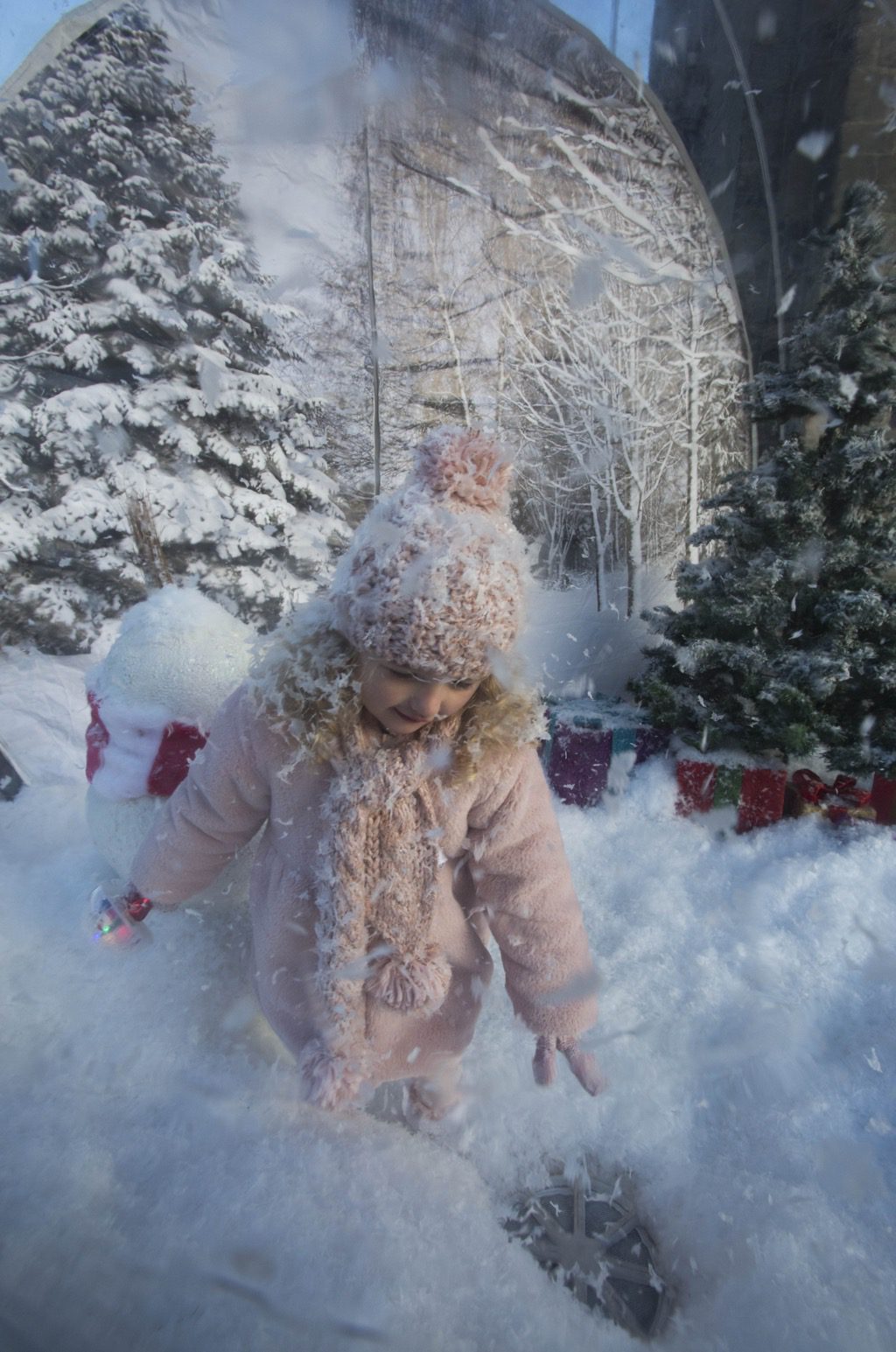 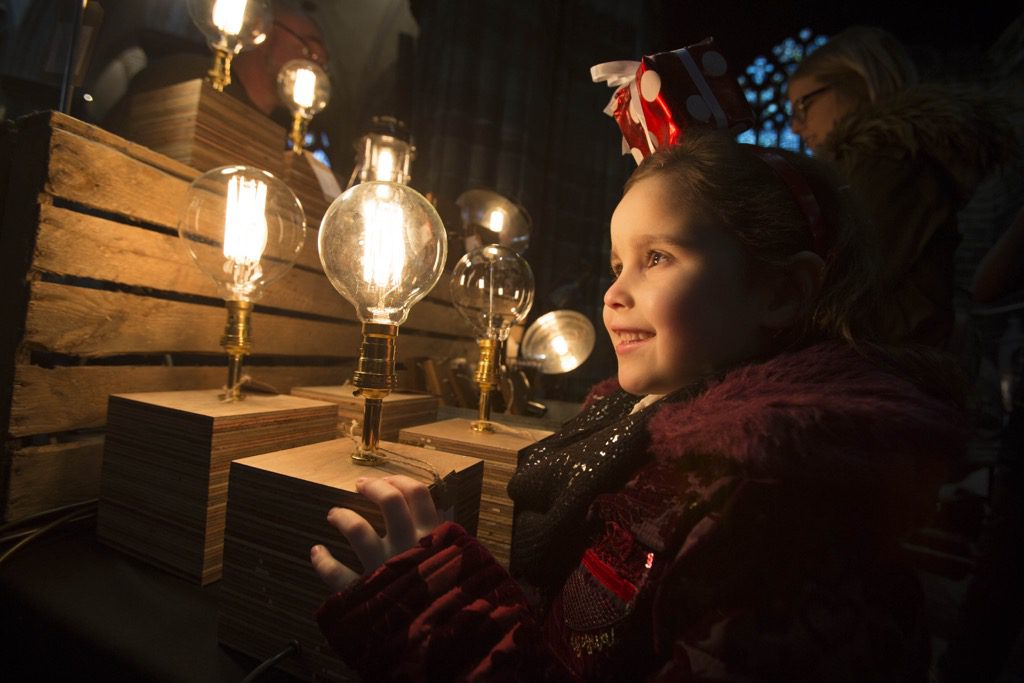 Provost Cameron said: “It’s great to get out and about and see so many of the community – especially young people enjoying one of the biggest events of the year. Our festive events are always really special and memorable, and this year’s was no exception.”

An energetic performance from Children’s Classic Concert got young music lovers moving before headliners Ash took to the stage for the main event.

The band showcased a string of hits including Shining Light, Girl from Mars and A Life Less Ordinary, before snow cannons blasted confetti across the crowd.

At Paisley Abbey, festive shoppers snapped up the perfect gifts from the Slug in a Bottle Christmas Market  while the merry Massaoke band played Christmas favourites with the words displayed on giant screens.

Paisley has been shortlisted for the UK City of Culture title alongside Coventry, Stoke-on-Trent, Sunderland and Swansea, with a decision expected in December.

Paisley 2021 Bid Director Jean Cameron said: “With a decision on the UK City of Culture title expected within weeks it’s great to see so many people flocking to our unique town centre to enjoy one of the biggest and most popular occasions on our Winter Events calendar.

“It’s also a reminder of how the town is able to host major events such as this latest one.”

Paisley is also gearing up to host the four week WinterFest Christmas spectacular from next week, with plans for an ice rink, a panoramic Star Flyer ride and a Continental style market.

Hosted by local business improvement district Paisley First, the plans also include a free festive Nutcracker Trail with 10 nutcracker kings spread throughout the town, from Saturday 2 December until Saturday 16 December.

Renfrew lights up for Christmas
Scroll to top