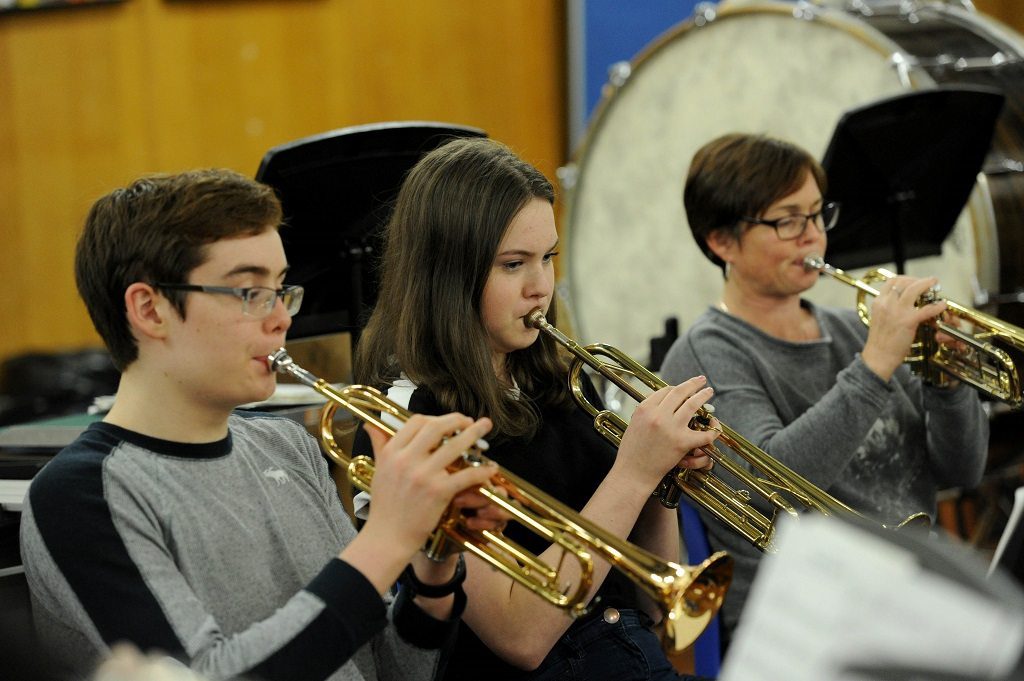 Renfrewshire teenagers are tuning up to take part in a unique a link-up with the Royal Scottish National Orchestra (RSNO) which could help them forge a career in the music industry.

Scotland’s national orchestra is staging a two-day Takeover event next week (23/24October) which ends with a special show in Paisley Town Hall as part of the annual Spree festival.

The free concert will include music chosen by Renfrewshire school pupils in advance of Takeover, and will feature works by Handel, Bach, Sir Henry Wood, as well as Greenock-born 19th century composer Hamish McCunn.

Guided by RSNO professionals, around 50 pupils from all 11 Renfrewshire High Schools will work on every aspect of planning and staging the gig.

International-class musicians will mentor their younger counterparts while other pupils will work on marketing, press and PR, as well as fundraising, learning and engagement and stage and orchestra management.

The link-up is taking place as part of Paisley’s bid to be UK City of Culture 2021. The second stage bid was submitted on September 29th and a decision is expected in December.

Jean Cameron, Paisley 2021 bid director said: “It’s fantastic to be able to give young people opportunities to get involved in cultural activity and all of the benefits that brings.

“As Paisley bids to be UK City of Culture 2021 it also shows that we can bring artists of international repute here for local creative talent to learn from.

“We’re delighted to be working with the RSNO  and the young people really are getting the chance to learn from the best in the business.”

RSNO Head of Learning and Engagement Samantha Wright said it was a delight to allow young people the chance to run one of Scotland’s busiest performing arts organisations.

She added: “Takeover provides a rare and valuable experience to those seeking to pursue a career in the arts, and is intended to be challenging, stimulating and fun. You never know – we may very well have a future RSNO conductor or chief executive among our group.”

The Spree is taking place in partnership with local bar Burger and Keg and Fosters, who will be programming additional acts in the Burger and Keg Live Tent in Abbey Close during the festival. More info at burgerandkeg.co.uk

Glasgow News? Daily Updates part of our network
Young People invited to have their say in You Matter Always event

PIRATES ARE BACK!
Scroll to top