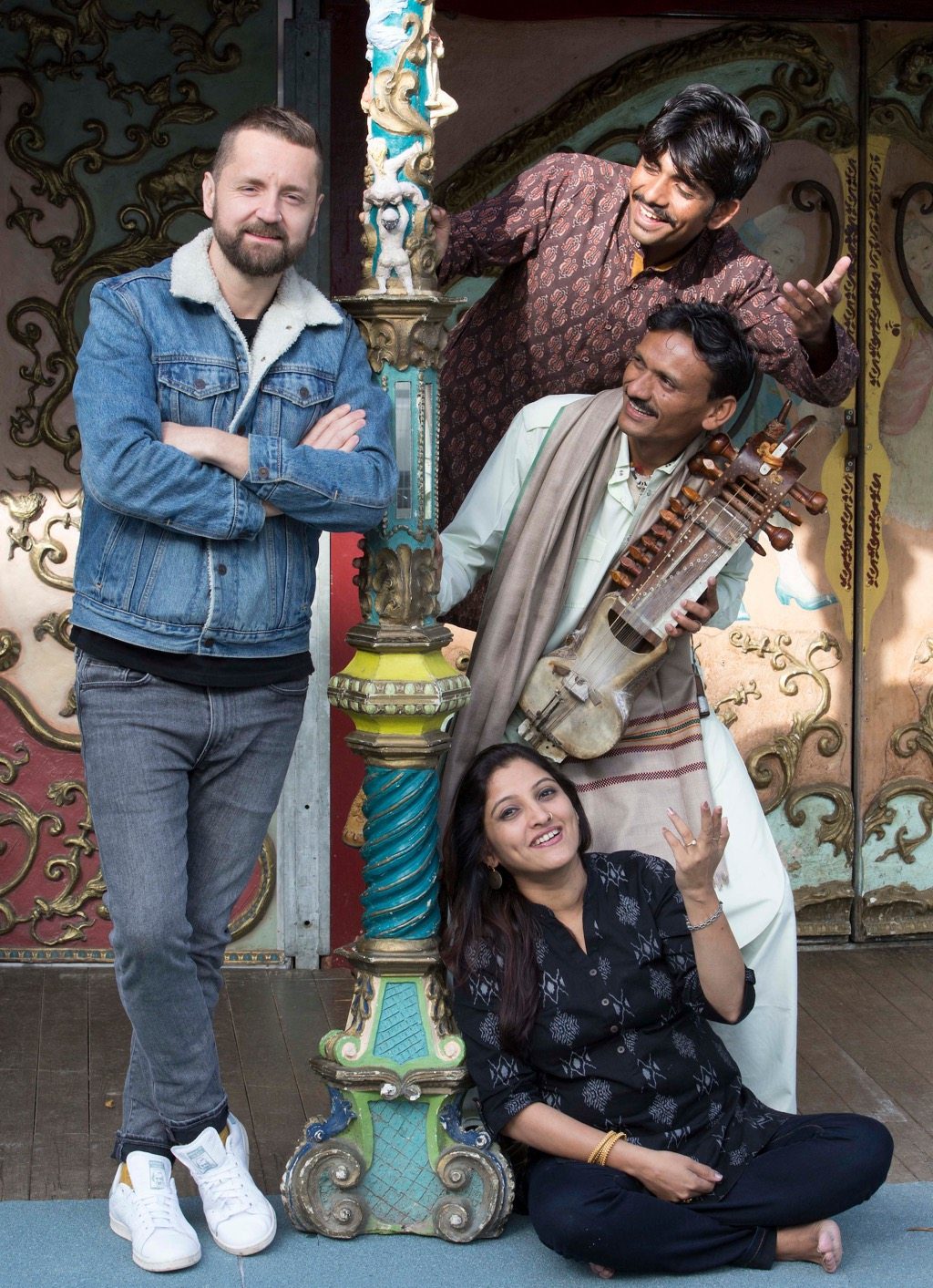 The town which gave the world the Paisley Pattern is set to celebrate its close links with India by forging a musical friendship as its flagship The Spree arts festival starts tomorrow (FRIDAY).

Paisley is hosting the Spree for the sixth year, with more than 60 shows taking place over 12 days, as the town waits to hear whether it will be the first Scottish place to become UK City of Culture, in 2021.

Headline acts this year include an eagerly-anticipated homecoming charity show from the town’s musical megastar Paolo Nutini in Paisley Abbey (Oct 20), and a unique collaboration between Frightened Rabbit and the Royal Scottish National Orchestra (Oct 16) in the same venue.

The six have just arrived in Scotland after performing the same show last week at the Rajasthan International Folk Festival, with which The Spree has been twinned, thanks to support from the British Council as part of their UK/India Year of Culture 2017.

The Scottish leg will be recorded for BBC Scotland’s Travelling Folk programme and broadcast next Wednesday and is accompanied by a digital tapestry, where school pupils from both countries will work together on an art project to be revealed later in the year.

Some of the participants today met up in the specially-erected Spiegeltent in County Square – which will host tomorrow’s opening concert and the bulk of the Spree action.

Ross Wilson – aka Blue Rose Code – said: “People can expect something genuinely new – we bandy around the terms unique and special but this is a genuine fusion of styles people won’t have heard before.

“As musicians we have been outside our comfort zone but we have learned a lot and really grown together. Last week we performed this show in a 15th-century Indian fort to 3,000 people and the energy was palpable – it couldn’t have been any better.”

Other musical moments include a Paisley: The Untold Story show with James Grant in Paisley Abbey on Oct 21, while Paisley Arts Centre will host Emma Pollock and RM Hubbert (Oct 15) and a Lost Map Records night hosted by the Pictish Trail (Oct 22).

There will also be two Best of Scottish Comedy nights with the Gilded Balloon, as well as theatre, poetry, film, dance, and a full programme of kids shows during the October school holidays.

Paisley 2021 bid director Jean Cameron said: “The Spree festival is firmly established as a key date in Scotland’s festival calendar and we look forward to welcoming people from across the country for this year’s bill, which is the biggest and best yet, with a range of artforms and some incredible performers

“We are delighted to be welcoming musicians from India to help kick off the packed programme tomorrow night – our UK City of Culture 2021 bid aims to use Paisley’s place as the one-time centre of a global industry to reconnect us to the world and this is a great way to show what that will look like.”

The Spree is taking place in partnership with local bar Burger and Keg and Fosters, who have programmed additional acts in the Burger and Keg Live Tent in Abbey Close during the festival including comedians Rab Florence, Billy Kirkwood and Tom Urie and Janey Godley. More info at burgerandkeg.co.uk

The festival is also accompanied by the Spree For All fringe, which will see gigs taking place in local pubs and venues during The Spree fortnight. More info at thespree.co.uk/spree-for-all

The festival is organised by Renfrewshire Council, programmed by Active Events, and supported by EventScotland, part of VisitScotland’s Events Directorate, and the British Council.

Stuart Turner, Head of EventScotland, said: “We are delighted to be supporting The Spree, and it is exciting to see such a strong programme showcasing Paisley’s cultural and creative vibrancy, especially as they bid for UK City of Culture 2021.

“In particular, we look forward to this year’s opening concert ‘A Musical Tapestry’, which will provide a fantastic platform for exploring the shared heritage and ties between Paisley and Jodhpur, through a line-up of some of Scotland and India’s best folk and traditional music performers.”

Paisley is the only Scottish place to make the final UK City of Culture 2021 shortlist – alongside Coventry, Stoke, Sunderland and Swansea – with the winner to be announced in December.

The bid is part of a wider drive to transform Paisley’s future using its internationally-significant heritage and cultural story, and thriving events programme.