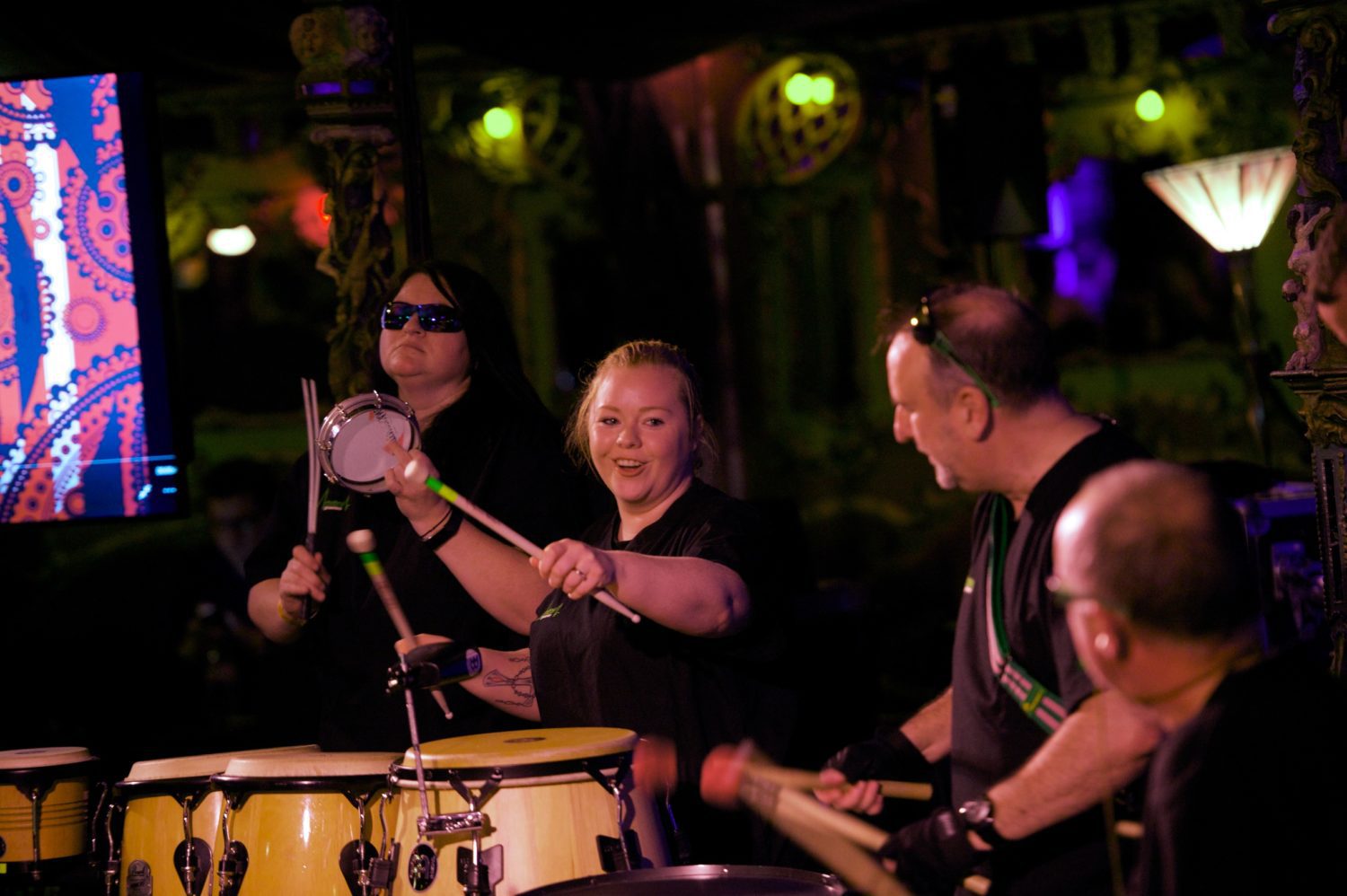 Twelve aspiring music stars who wrote songs to capture what Paisley means to them have had their original works recorded for a special album to mark the town’s bid to be UK City of Culture 2021.

The compositions make up Paisley 2021: The Album, which was launched last night, with performances by all the artists (Monday 23 October) to a sold out audience in the Spiegeltent at The Spree festival, with former River City star Tom Urie acting as event compere.

The only stipulation was that the songs had to be about the town or Renfrewshire and had to be an original work. 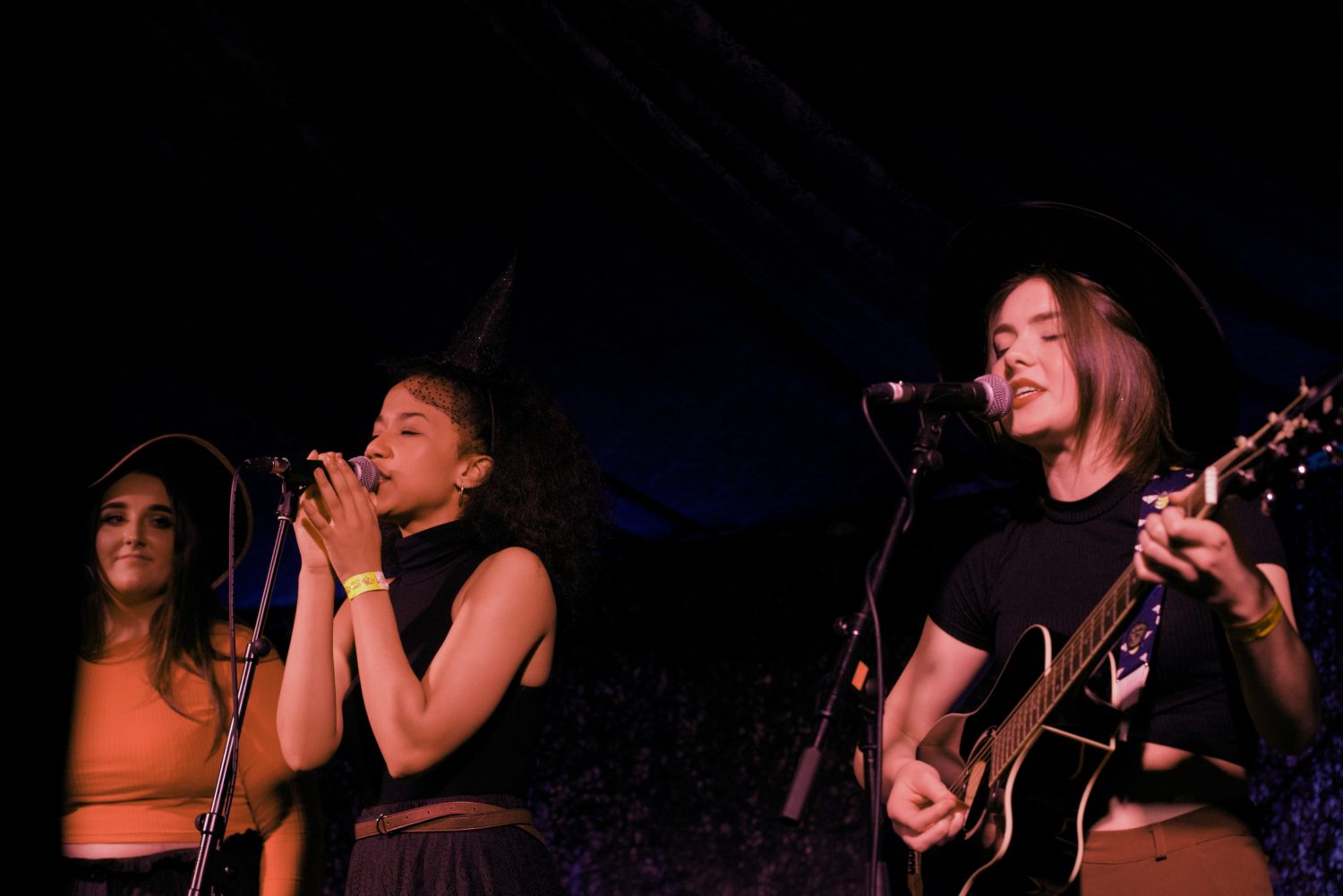 Profits from the record, which was funded by a grant from the Paisley 2021 Culture, Events and Heritage fund, will be shared equally among the 12 singer songwriters.

Alan McEwan from Brick Lane Studios who recorded the album and whose brainchild it was, said: “When we put the call out for local musicians to submit original songs we didn’t know what the demand would be like. But we had about 25 applications from people who wanted to be part of the album and whittled it down to 12.

“The album is very diverse – we’ve got traditional and folk music to rock and pop and even a world percussion band. There’s a real variety of music talking about Paisley’s past, present and future and the initial feedback is fantastic.”

Alan added: “It’s a great way of supporting local musicians as it’s giving them an income from their time on the project and its giving them exposure as well. They’re getting music videos and air play as part of the project – Celtic Music Radio are making it album of the week next week.”

Arhythmia Grooves featuring Samadhisoundscapes kicked off the evening with ‘Threads’ and other artists performing last night included Mandulu and Hephzibah, who were one of the support acts for Paolo Nutini at his sell out Homecoming show at Paisley Abbey last Friday.

Paisley based singer songwriter Matt Fotheringham, aka the Highway Chile, showcased ‘Patterns’ while three piece The Pilgrim Society from the University of the West of Scotland played their song ‘Welcome to Paisley’.

It is based on how seven people were found guilty in the infamous witch trials of 1697. They were sentenced to death in the last mass execution for witchcraft in western Europe.

Linzi said: “I’m born and bred in Paisley, I have been writing my own songs since I was 17 and I saw this opportunity and thought it would be a good challenge.

“There has already been an increase in opportunities for young artists and performers in Renfrewshire since the bid began. Paisley has a rich history of talented musicians and the bid has provided an opportunity to showcase the next generation coming through.”

There were other songs by Dogtooth, by music composer Alan Fleming Baird who recorded the ‘The Secret Tear (Tannahill)’ and by Evelyn Laurie, whose song Keep Your Eye on Paisley was warmly received.

Evelyn said: “I was honoured to add my voice to this album as making music is what Paisley is all about. The town has always been full of talent. When I was a college student in Paisley everyone played music – we just didn’t realise that was culture.”

Maria McMillan, Christy Scott and Seve Smith all also showcased their original work before the Hellfire Club, featuring Meadows rounded off the night’s entertainment with their track ‘The Bungalow Bar’ in tribute to the popular music venue.

An initial release of 1,000 copies of the album – complete with artwork designed by West College Scotland students – have gone on sale at £8 each and are available from Feel the Groove and The Music Centre, the InCube shop and Brick Lane Studios, all in Paisley.

Paisley 2021 Bid Director Jean Cameron said: “The album is a fantastic way of helping to nurture fledgling local talent and to give them a stage, as well as supporting the Paisley 2021 UK City of Culture bid.”

Paisley is the only Scottish place to be included on the shortlist for UK City of Culture 2021 with a decision on the winner to be announced in December by the Department for Digital, Culture, Media and Sport, which is running the competition.

The Spree takes place in partnership with local bar Burger and Keg and Fosters.

Buddies give the judges a Paisley welcome
Scroll to top