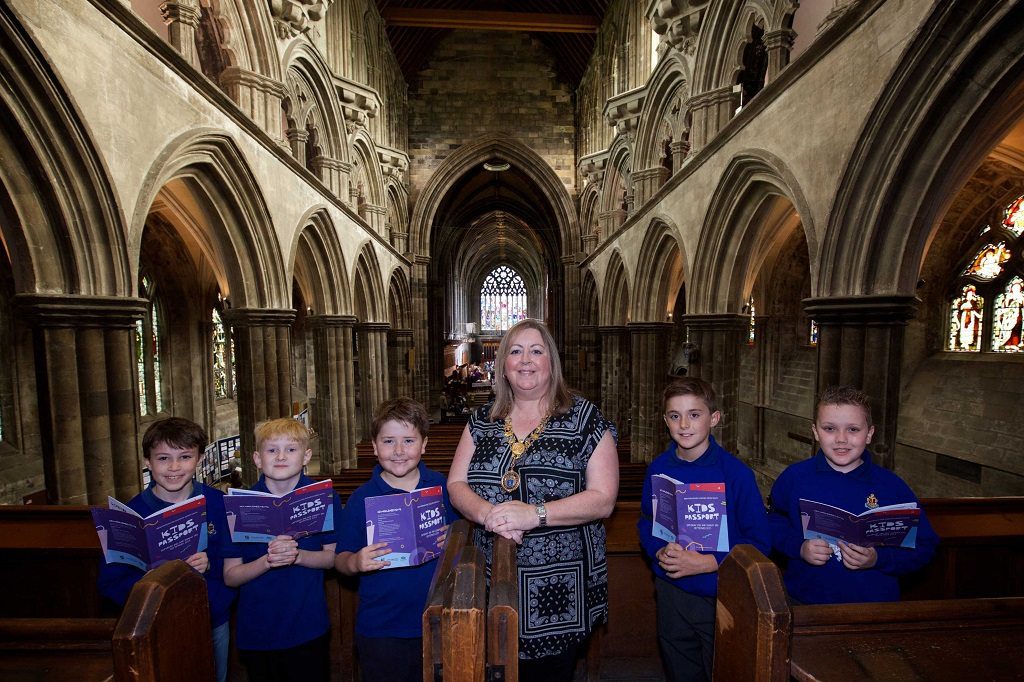 Thousands turned out across Renfrewshire at the weekend to visit the historic sights and locations which took part in the annual Doors Open Days event.

Part of a worldwide event with over 50 countries taking part, Renfrewshire’s Doors Open Days is a celebration of the fantastic design and architectural history of the region.

Visitors to Paisley were afforded the opportunity to spot some of the unique features of the town, including the Paisley Abbey gargoyles and ‘Porridge Bowl’ roof of the John Neilson Institute, as well taking a look inside a building they hope never to be in again – Paisley Sheriff Court.

Those interested in the weaving history of the area had the opportunity to visit the Sma’ Shot Cottages and Tannahill’s Cottage –allowing a look inside the homes of both a typical weaver in the 18th Century and also the ‘Weaver Poet’ Robert Tannahill.

Across the region, visitors had the chance to explore some of the outstanding visitor attractions which Renfrewshire has to offer.

Visitors take in the Road Wallah exhibit at Paisley Museum

Renfrew Fire Station opened its doors to allow aspiring fire fighters a glimpse inside and a chance to see the equipment used in emergency situations in action; while the Grade ‘B’ listed Victory Baths in the town gave visitors a guided tour of the historic, and often rumoured to be haunted, building.

A family explores the Grade ‘B’ listed Renfrew Victory Baths

For those who like to experience the great outdoors, Erskine’s Lamont Farm provided the perfect opportunity for families to meet some of the animals which live on the farm with handling sessions put on throughout the day.

While at Castle Semple in Lochwinnoch, tours of the lookout tower gave visitors spectacular views across the loch and Garnock Valley.

Renfrewshire’s Provost Lorraine Cameron took the opportunity to visit various places across Renfrewshire including a visit to learn more about Paisley’s bid for UK City of Culture at the bid base on Paisley High Street.

Provost Cameron said: “Doors Open Days is a fantastic opportunity to visit those places across Renfrewshire we just never seem to get around to seeing.

“I was delighted to see so many people taking up the chance, as I did, to explore the beautiful buildings and venues which make our area such an inviting place to visit.

“This was just another part of a terrific year of events in the area and with our annual music, comedy and drama festival ‘The Spree’ just a few weeks away, it is an exciting time to live, work or visit Renfrewshire.”

The Spree festival takes place between 13-22 October and has yet another bumper line of talent set to grace the area.

Information on who’s playing and how to buy tickets is available at: www.thespree.co.uk.