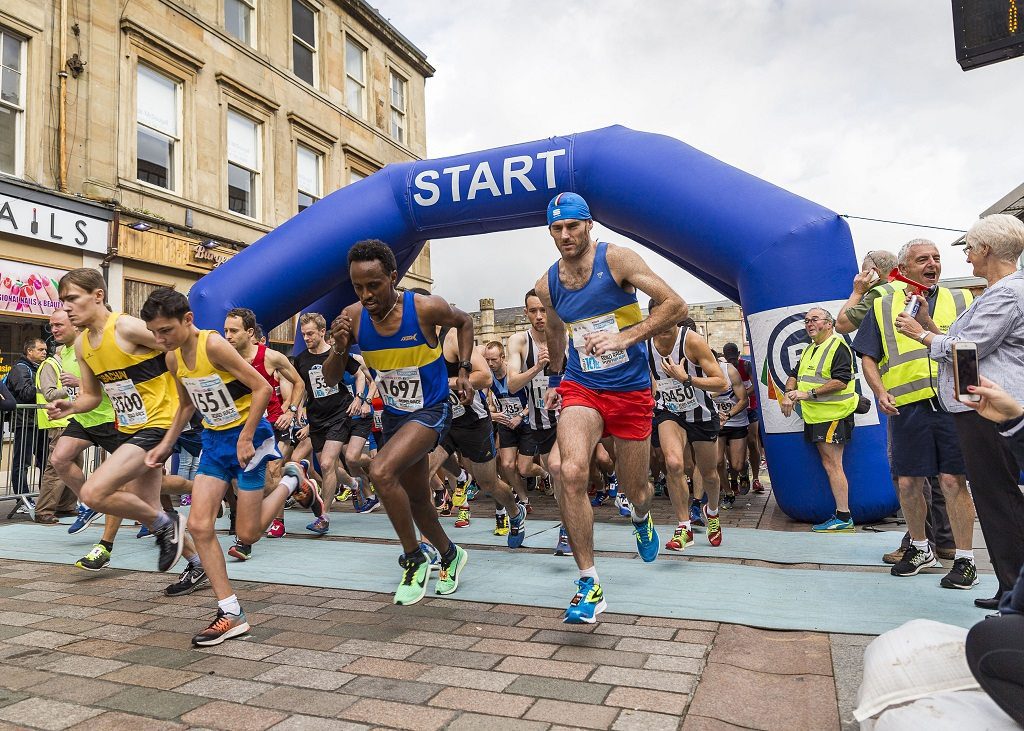 There was a 25 per cent increase in runners compared to last year, with 3598 taking part in the two events – organised by Renfrewshire Leisure – compared to 2871 in 2016.

From serious athletes to fun runners in fancy dress, they came to pound the streets of Paisley.

Both events were sponsored by sports and outdoors retailer, Decathlon and 2156 people took part in the 10k Race and 1442 in the Fun Run.

And for the third year the official charity partner was Macmillan Cancer Support.

Many of the fun runners were also sponsored to raise much-needed funds for local charities, clubs and good causes with several entire football teams of youngsters taking part.

This year’s Paisley 10k race had £1200 of prize money and trophies were presented to fun runners, with prizes for the first three boys and girls from primary and secondary schools over the finishing line.

“And much of the reason for that is the effect of the Paisley City of Culture 2021 campaign, which is putting Paisley on the map.
“People from near and far are hearing about the town and all the positive things that are happening here.
“It’s great to see the Fun Run numbers are increasing and so many children and young people taking part. They are the future competitors in the 10k race.
“Preparing for and taking part in these events is a boost to both people’s physical and mental health.
“It’s well known that the social side of running is good for people’s mental health as well as the physical.”

Joyce added: “Sport plays a major part in the culture of Paisley, Renfrewshire and the rest of Scotland and hopefully when Paisley wins City of Culture status, we can grow this event and have even more competitors coming from all over the country.”

Glasgow News? Daily Updates part of our network
Upcoming Events in “The Hoose”