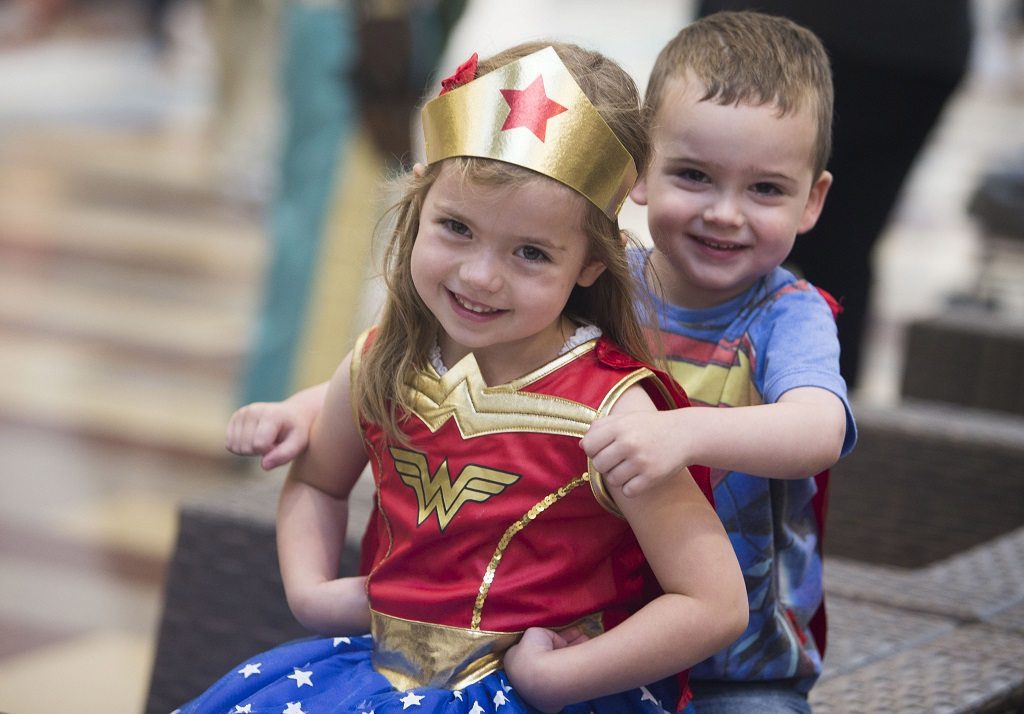 SHOPPERS at Intu Braehead yesterday must have thought they had landed in the middle of a sci-fi movie.

There were characters from all kinds of films, TV shows and comics, who had obviously come from a galaxy far, far away to have a look round the shops.

James Breen, aged 24, from Stevenston, Ayrshire as Thor from the Marvel movies and comics.

Thousands of fans turned out for the Film and Comic Con Glasgow event – formerly Collectormania – being held at intu Braehead Arena over the weekend and they got the chance to meet stars of iconic films and shows like, Star Wars, Star Trek, Dr Who, Aliens and Games of Thrones.

Crowds turned up for the Film and Comic Con at intu Braehead Arena.
All pictures by
Mark F Gibson / Gibson Digital

Many fans were dressed in the costumes of their favourite sci-fi characters and they certainly caught the attention of Saturday shoppers in and around the malls.

The sci-fi fans also flocked to hundreds of stalls set up in The Arena – that has previously hosted rock concerts, world championship boxing matches, Davis Cup tennis tournaments and is home to the Braehead Clan ice hockey team – to snap up movie memorabilia and sought-after rare comics.

Marketing manager for intu Braehead, Christine Macdonald said: “This is one of the most colourful weekends of the year at intu Braehead with fans dressed in some amazing costumes.
“You just never know which character from the movies or TV you’re going to meet in the malls.”

Scotland Predicted to be Buy to Let Hotspot Thanks to Rent and Property Inc...
Scroll to top