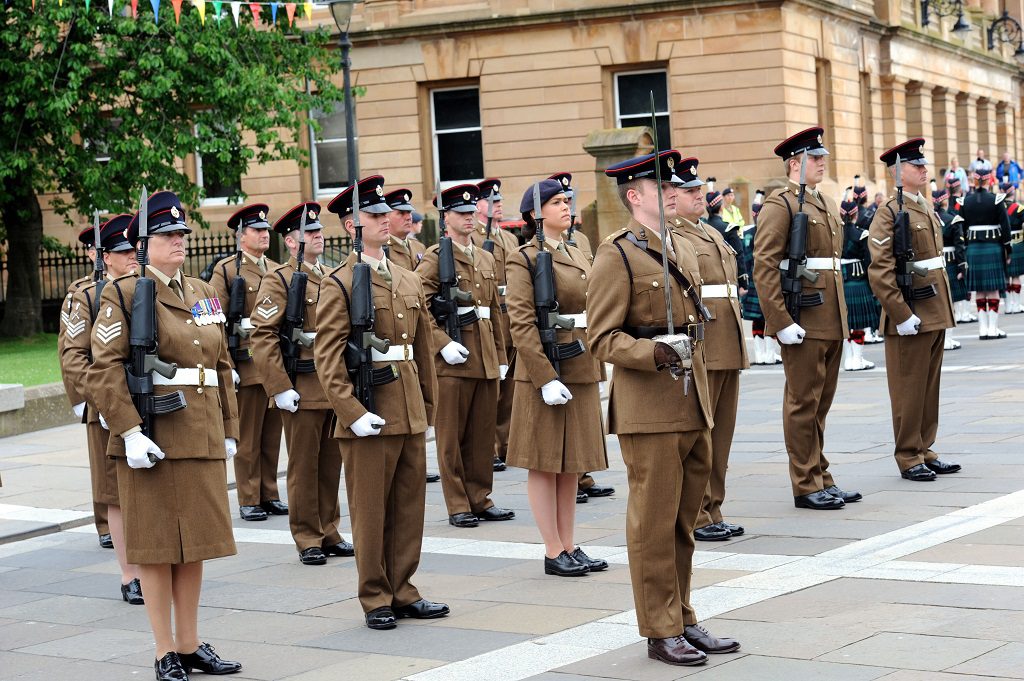 Renfrewshire and Inverclyde residents are being urged to attend a ceremony to celebrate our serving military men and women.

Serving troops, veterans and their families will join the Provosts of Renfrewshire and Inverclyde, as well as the Lord-Lieutenant of Renfrewshire, Guy Clark, to mark Armed Forces Day with a service in Paisley Abbey.

Reverend Alan Birss, Minister of Paisley Abbey, will lead a short service at 10am to recognise the men and women who have served in the Armed Forces, both past and present.

A collection will be held at the service and all donations will be divided equally between Erskine, SSAFA and Soldiers off the Street.

Renfrewshire Provost Lorraine Cameron said: “Our Armed Forces show extreme bravery in the most testing of times and we must ensure we support them wherever possible.

“Armed Forces Day gives our communities the opportunity to come together to express our gratitude to our servicemen and women.

“I would encourage as many people as possible to attend to mark their outstanding contribution and pay our respects to those we have lost.”

Inverclyde Provost Martin Brennan said: ““This is an opportunity to remember the sacrifice offered and given by the many women and men of our Armed Forces.

“It is a chance to recognise the service they provide, which most of us will never see.

“Armed Forces Day brings communities across Inverclyde and Renfrewshire together, to pay our respects to those who have served over many years and many conflicts and to recognise those who currently serve at home and abroad in our name.”

As well as the joint service with Inverclyde, Renfrewshire will host a flag raising ceremony on Friday 16 June, at 11am, outside Renfrewshire House.

Member of the Royal British Legion- Paisley Comrades branch, Robert Pope, will raise the flag which will fly for seven days.

Inverclyde will host a flag raising service on Monday 19 June, 10:30am, at Clyde Square, Greenock.

Looking for a Career in Music? Capital XTRA’s Music Potential Has Arrived...
Scroll to top