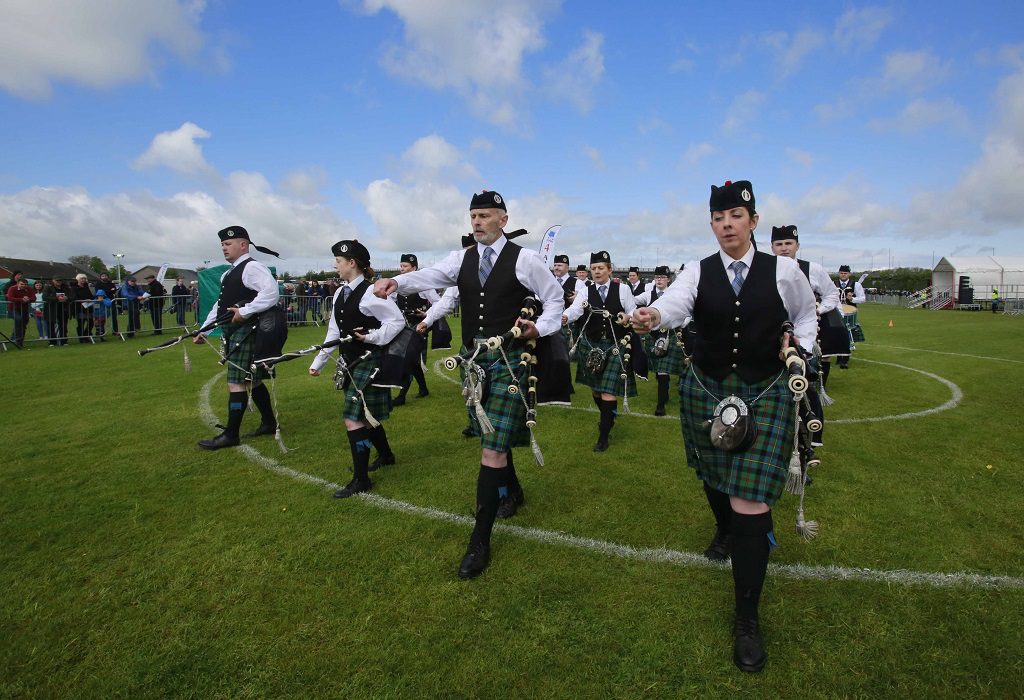 Paisley will be invaded by a tartan army on Saturday when more than 4,000 of the world’s best pipers and drummers descend on the town for the British Pipe Band Championships.

The St James Playing Fields will again host one of the most prestigious events on the world bagpiping calendar, as part of the push towards Paisley’s bid to be UK City of Culture 2021.

More than 140 pipe bands from as far afield as Canada, Denmark and Ireland will compete in the day-long event before judges from the Royal Scottish Pipe Band Association (RSPBA).

The event is free to attend and a crowd of thousands is expected – the event arena opens at 10am, with the final march-past and prize-giving to take place around 5.30pm.

Attractions on the day include a bar, as well as a food market with a focus on quality Scottish produce from farm to fork, and the Slug in a Bottle craft market.

This year’s chieftain is Renfrewshire charity champion and quadruple amputee Corinne Hutton – who has helped hundreds of people through her Finding Your Feet charity.

There will be no parking at the site – other than for pipe band coaches – but free shuttle buses will run to and from the free event parking sites at the Paisley 2021 Stadium (Greenhill Road) and West College Scotland (Renfrew Road).

There will also be a free shuttle bus running to and from Paisley Gilmour Street station (Old Sneddon Street entrance) for anybody arriving in town by train. All three shuttle buses run every 15 minutes from 8am to 7.30pm.

Paisley 2021 Bid Director Jean Cameron said: “We are thrilled to welcome the British Pipe Band Championships back to the town for the second of its three-year run here.

“Events like this are important for the UK City of Culture 2021 bid as it shows Paisley has the infrastructure and know-how to host large-scale events.

“Our visitors from throughout Scotland and abroad will be guaranteed a warm welcome in the town.”

Ian Embelton of the RSPBA added: “We are pleased to be back in Paisley for another year and delighted to have another huge turnout from bands.

“Everything is in place for a day of top-class competition and I am sure the piping community and visitors alike will find plenty to enjoy.”

More event information is on www.paisley2021.co.uk and a full list of bands and times can be found at www.rspba.org

Glasgow News? Daily Updates part of our network
Events at The Old Swan

Fun and laughter at marathon Bookbug session
Scroll to top