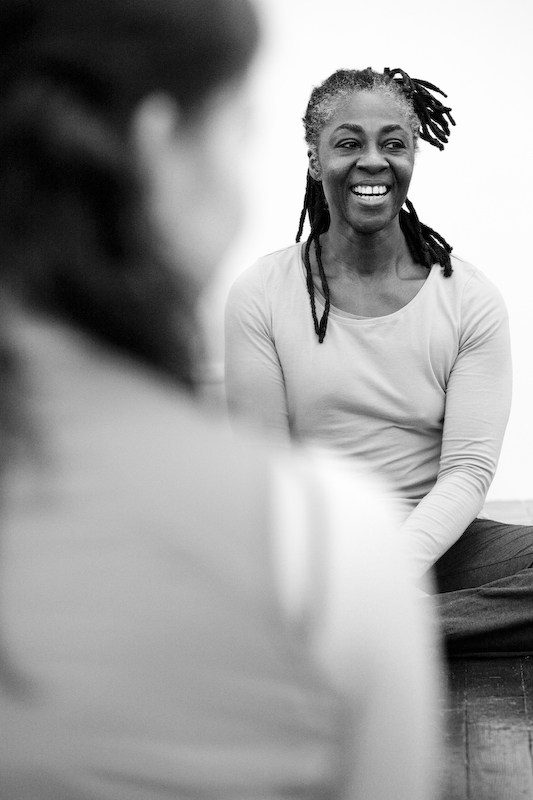 A West College Scotland dance lecturer is one of just ten women named among the 2017 “Outstanding Women of Scotland”. Paisley-based Rosina Bonsu was awarded the prestigious nomination by the Saltire Society for her contribution to Scottish life. She joins First Minister Nicola Sturgeon, Professor Dame Sue Black and the singer Horse Macdonald among the inductees. Born in Ghana, Rosina moved to London when she was seven years old. She trained to become a school teacher before becoming a dance artist at the London Contemporary Dance School. She was a standout in her field and in 1984 moved to Glasgow to take up the position of Artistic Director of Scottish Ballet’s “Steps Out”. In 1987, she was the dance artist for Renfrewshire Dance Project now called Right2Dance, which promotes dance as fun and accessible to all people of all abilities. A decade later Rosina founded Dance House Glasgow to address the lack of provision of professional dancers and performers in Scotland. The project was a tremendous success and the Dance House is today well-established as the regional centre for dance for Glasgow and the West of Scotland.

Since 2009, Rosina has worked as a lecturer at West College Scotland’s Paisley New Street Campus. She teaches Contemporary dance to students from first to third year. She also teaches dance and movement at the Royal Conservatoire of Scotland.

Rosina loves her work at the College, she says: “I can help these young people grow, challenge themselves and travel the distance from where they come to where they dream to be. The level of deprivation in the West of Scotland is high, so that distance is often huge and can be daunting – but I want them to see it’s possible, if they believe in themselves and realise their full potential. I take so much pride when these young people go on and achieve great things, discover the world and their true, talented, selves.”

Rosina knows what it takes to overcome tough challenges. She has recovered from two cancers, eight years ago and then again five years later. She says: “My work on bodies and self-awareness really helped me go through these hardships and not surrender. My yoga practice allowed me to focus my mind and body on what was important and to collect my energies to face adversities.”

Rosina is also a yoga teacher and has run her own studio since 2008.

“I work with bodies – it doesn’t matter if it’s through dance or yoga or anything else. I love this work because it brings honesty and clarity in people. When they learn to work with their body, they become their true selves and can develop their full potential. They can get over the barriers of internal thinking and social conditioning”.

“I believe Scottish people really need this. I see huge potential but too many of the young people I work with hide it, they limit themselves, they censor their bodies and personalities. I notice this every day, including with my students at the College. They can take so much criticism without blinking an eye. But give them praise, and they will feel so uncomfortable that some will actually walk out of the room! Too often, people focus on what they can’t do but they ignore what they’re good at. I’m teaching them to change their mind set and focus on their strengths instead.”

Despite her outstanding work for and involvement with the local community, Rosina was genuinely surprised to be nominated for the Saltire Society’s ‘Outstanding Women of Scotland’.

“I really did not expect this and I feel so honoured”, she says.

Rosina was nominated by Sue John, Enterprise Development Manager at the Glasgow Women’s Library. Sue and Rosina met years back when both took part in the development of ‘Women in Profile’, an organisation which aimed to ensure representation of women’s culture during Glasgow’s year as the European City of Culture in 1990. Since then, Rosina has always been a strong supporter of the Glasgow Women’s Library. A few years ago, she contributed to the ‘Women on the Shelf’ fundraising initiative and dedicated a Library shelf to her sister when she passed away.