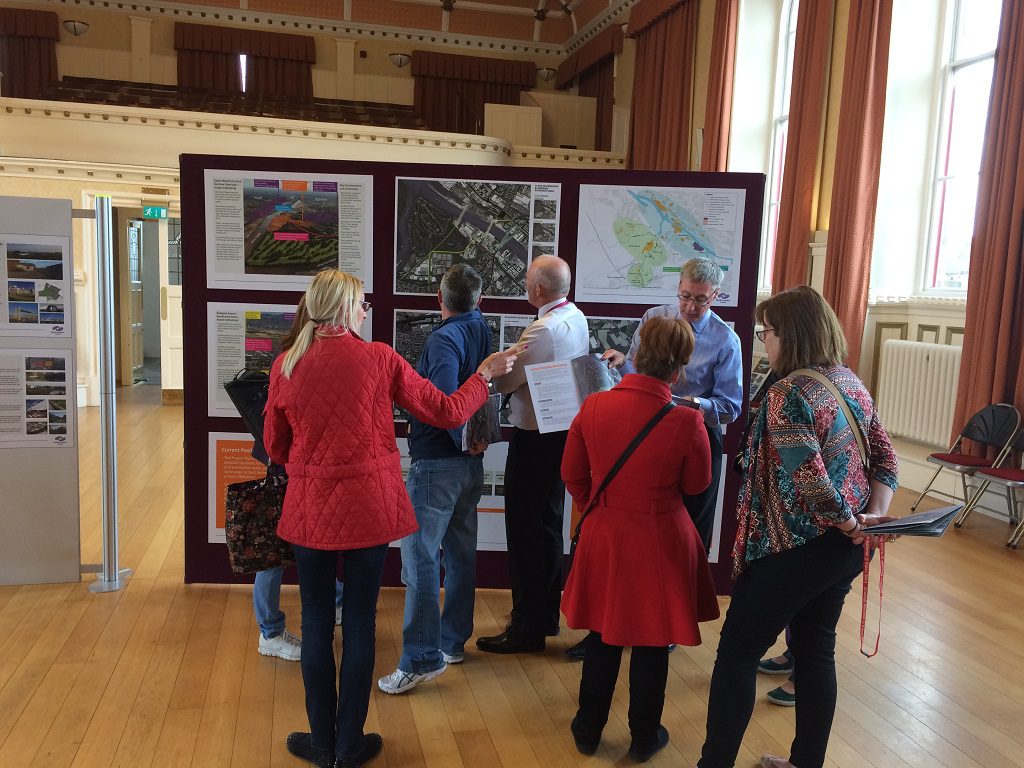 Engagement events in May will give members of the public a further opportunity to shape two Glasgow City Region City Deal projects spanning Renfrewshire, West Dunbartonshire and Glasgow. Four full-day exhibitions in Renfrew, Paisley, Clydebank and Yoker will give people an opportunity to discuss the plans for the Clyde Waterfront and Renfrew Riverside and Glasgow Airport Investment Area projects.

The Clyde Waterfront and Renfrew Riverside project includes a new opening bridge across the River Clyde linking Renfrew with Yoker and Clydebank; construction of the Renfrew North Development Road and new cycle routes.

Proposals as part of the Glasgow Airport Investment Area focus on realignment of Abbotsinch Road, construction of a new bridge over the White Cart and new cycle routes between the Westway, Inchinnan and Airport business parks.

Each project has been shaped following extensive consultation with stakeholders throughout 2016 and 2017.

The exhibitions start at Renfrew Town Hall on Monday 8 May then Paisley Town Hall on Tuesday 9 May. The project team then cross the river to Clydebank Town Hall on Wednesday 10 May finishing at Yoker Community Campus on Thursday 11 May.

All four exhibitions run from 11am to 7pm and include a video representation of the findings from the comprehensive traffic modelling study as well as an animated fly-through model of the potential developments.

A Renfrewshire City Deal spokesman said: “Events throughout 2016 helped shape the projects so far and I would encourage anyone to come along to these final consultation exhibitions taking place in their area. It is a fantastic opportunity to learn more about the projects, speak to the project team and provide input before the plans are finalised.”

Feedback from the exhibitions will be used to inform a full planning application in June, submitted to Renfrewshire Council, West Dunbartonshire Council and Glasgow City Council for the Clyde Waterfront and Renfrew Riverside project. Works related to the Glasgow Airport Investment Area are entirely within Renfrewshire and will be considered by this authority alone.

Full details of each project are available at: www.renfrewshire.gov.uk/citydeal